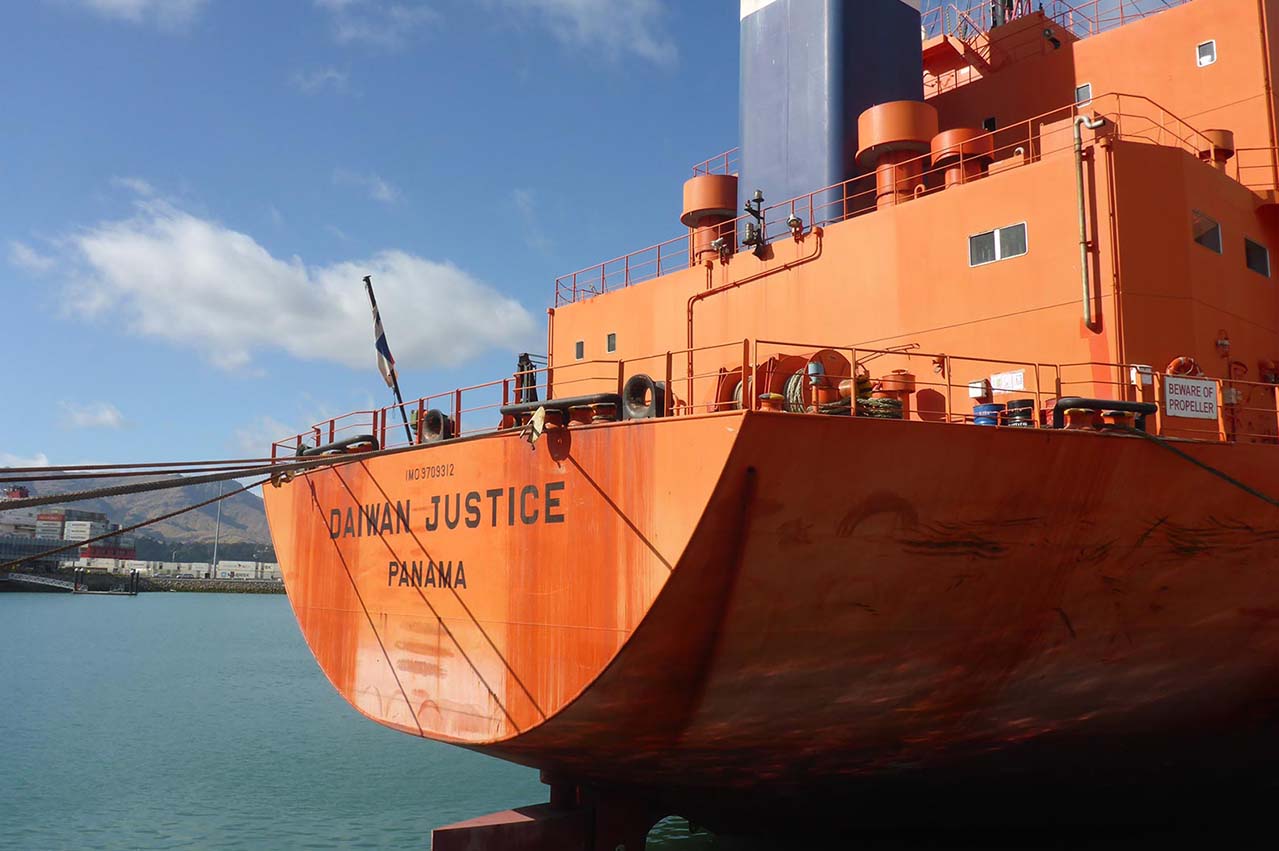 A Panama-flagged bulk carrier operated by Taiwanese company Wisdom Marine International Limited was detained by national regulatory Maritime NZ on Saturday (2 March 2019) at Lyttelton after a complaint of the crews’ wages not being paid for almost four months.

The Daiwan Justice was later released on the same day after the crew were paid.

A Maritime Officer went on board the vessel to investigate. The Maritime Officer interviewed the ship’s master and crew, inspected documents and found evidence that the crew had not been paid.

When confronted with the evidence the ship’s master admitted the wages had not been paid. The Maritime Officer then took immediate action to detain the vessel.

“Maritime NZ applies maritime law irrespective of the ‘flag’ of the ship and the nationality of the crew,” adds Vredenburg.

The regulator is now considering what compliance actions it may take against Wisdom Marine International.

Public prosecutor accuses Bunker Holding and its Group CEO for participating in the trades despite having a “certain presumption” that the jet fuel will go to Syria.