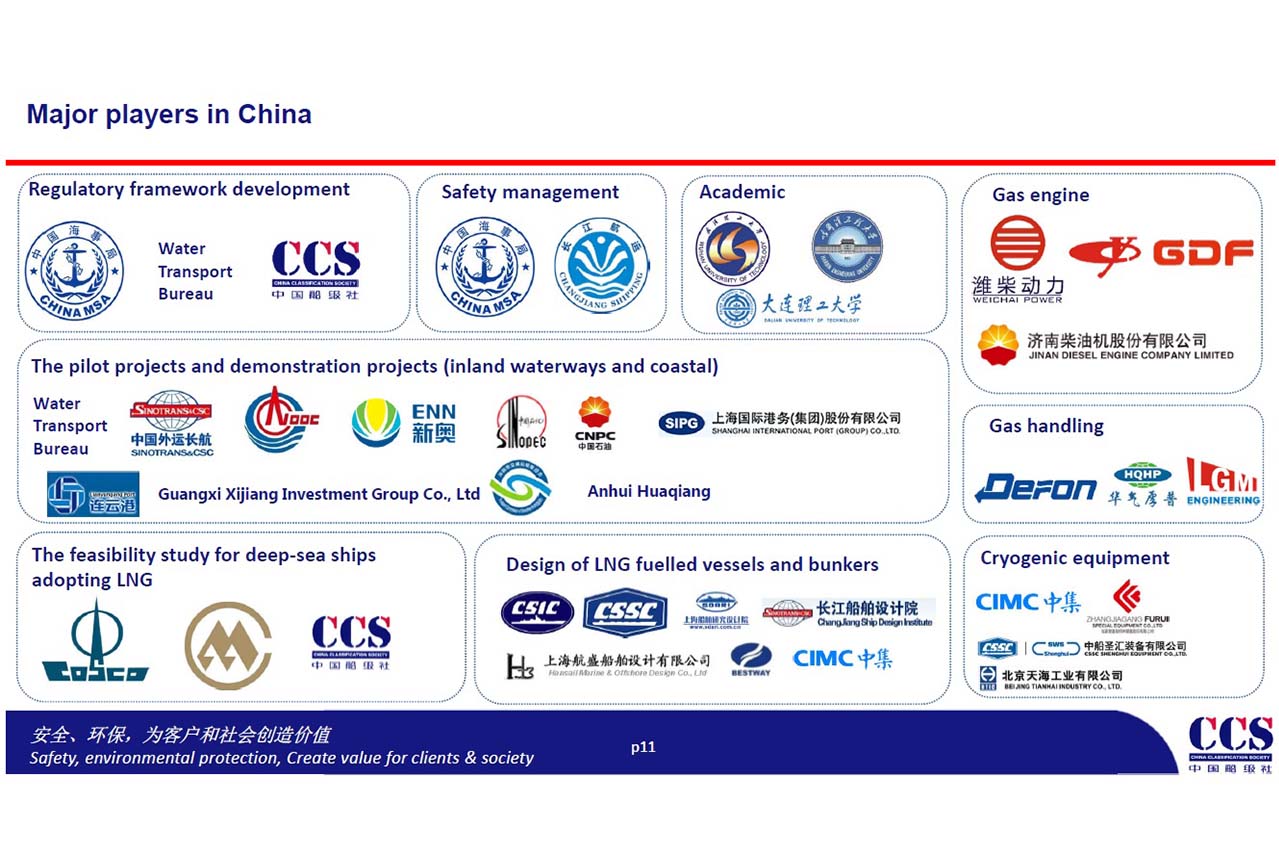 As of June 2018, there were 280 LNG-fuelled vessels in operation within China; the total figure comprised of 163 LNG-powered newbuildings, 70 vessels which engines were replaced to use LNG as fuel, and 47 ships with retrofitted engine components to use the gas as bunkers.

A CCS spokesman further shared that a LNG bunkering vessel is currently under construction at an unnamed Chinese yard, with plans for one more, in the works.

Meanwhile, nine LNG bunkering pontoons have been constructed in China, of which two are currently in operation.

Details of Haigangxing No. 1 are as follows:

“The China government is determined to improve the national air quality and has implemented the Air Pollution Prevention and Control Action Plan from 2013,” explains the CCS spokesman.

“One important part of this plan is to accelerate clean energy utilisation, including the use of natural gas.”

In the similar year, Shanghai encountered 39,255 metric tonnes (mt) of SOx emissions and 43,901 mt of NOx emissions from ships; accounting for 14.2% of regional emissions.

He notes the Chinese shipping industry will need to overcome a lack of confidence in using LNG as bunker fuel, due to the lack of core LNG technologies and key products for LNG bunkering and insufficient LNG bunkering infrastructure.

Policy barriers such as a limitation on inland waterway LNG transportation activities, a ban on LNG ship-to-ship transfer operations in port areas, and a limitation for LNG-fuelled vessels in passing ship locks, will need to be revaluated.

China’s Ministry of Transport in August issued a letter to various commercial entitles and state-owned energy players to ask for feedback in regards to a draft national LNG bunkering strategy.

M.V. Grand Wisdom will operate under a 25-year COA worth USD 600 million from Vale International, Switzerland for transporting Brazilian iron ore to China.

Convenor of ISO working group speaks to Manifold Times about how LNG can help shipowners save money today and in the foreseen future.