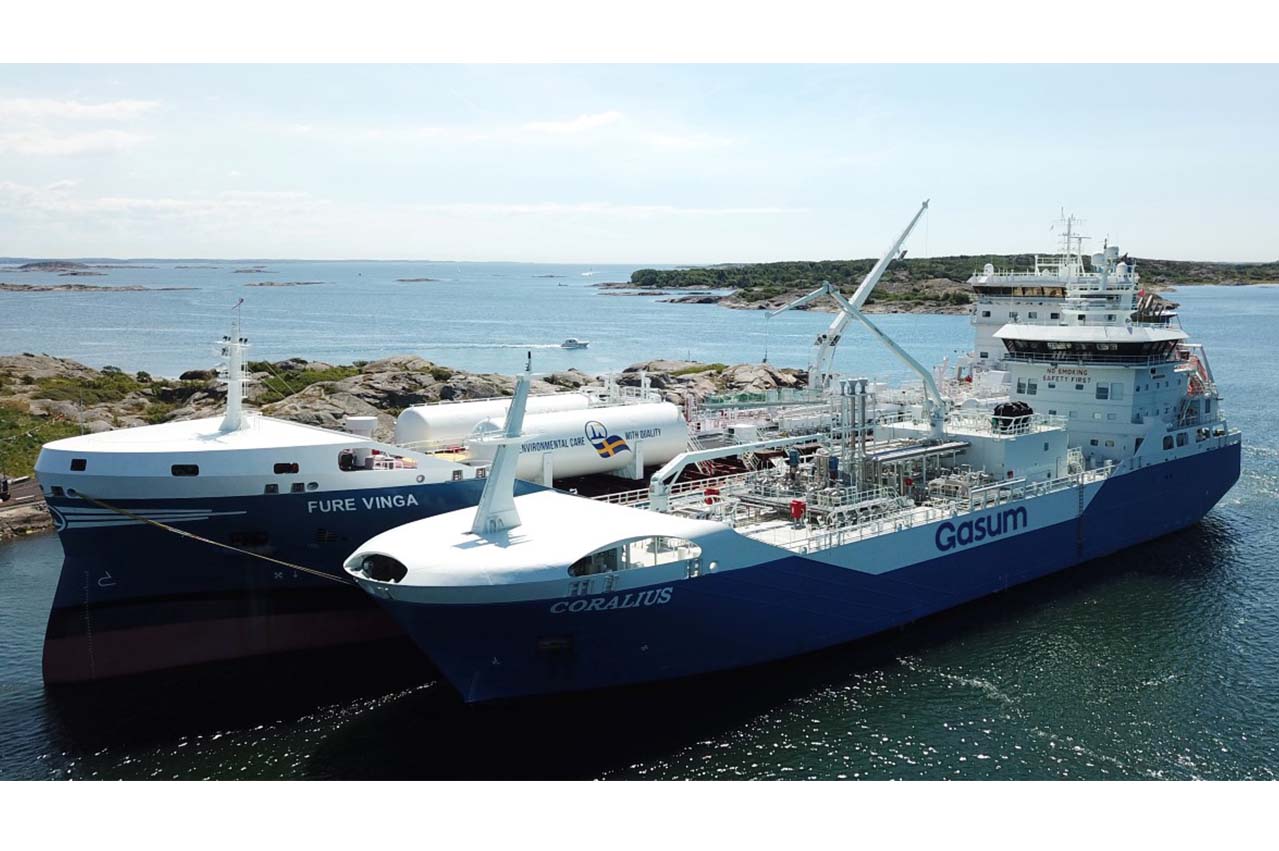 Gasum’s liquefied natural gas (LNG) bunker vessel Coralius has made its 100th bunkering on Thursday (21 February) in her 18th month of operations.

Coralius is operating on behalf of Gasum (former Skangas) and the vessel mainly operates in the North Sea and the Skagerrak area.

“100 ship-to-ship bunkerings is a great milestone for Gasum as well as for our customers,” says Kimmo Rahkamo, Vice President, natural gas and LNG, Gasum.

“The bunkering operations are swift and safe, and we have received great feedback from our customers. Coralius has definitely increased Gasum’s flexibility as an LNG supplier.”

In 2019, Coralius will perform more bunkering operations than in 2018.

Gasum foresees an increase in the average amount of delivered stem, as it will perform bunkerings on shuttle tankers and other bigger vessels.

Coralius was built by the Royal Bodewes in the Netherlands and is the first European built LNG bunker and distribution vessel. It is equipped with state-of-the-art LNG transfer equipment for bunkering and has a cargo capacity of 5,800 m3.

LNG bunker fuel tanks have been installed on the newbuild car carrier which is under construction at Tadotsu Shipyard Co.,Ltd. (Imabari Shipbuilding Group).

The investment is divided into two phases with an initial investment of EUR 15.6 million up to 2022, followed by the EUR 30 million investment by 2023.