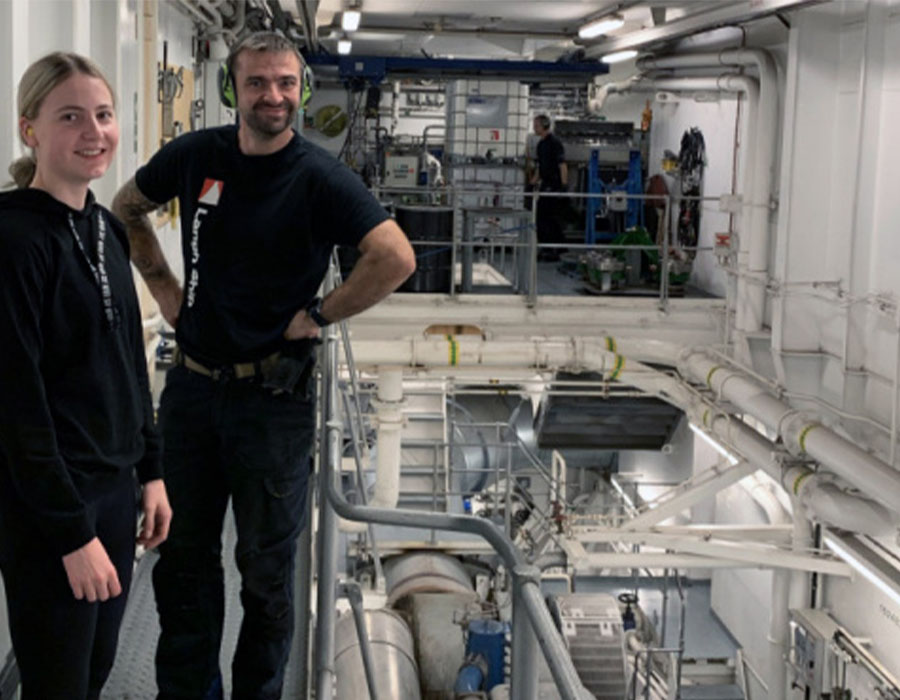 Scrubber systems design and manufacturer Langh Tech, a subsidiary of parent company Langh, on Thursday (16 December) said it has started researching the possibility of carbon capture on board vessels in view of the upcoming CO2 emission regulations.

The first tests have been successfully performed on board one of the vessels in sister company Langh Ship’s fleet, utilising the existing Langh Tech hybrid scrubber installed on board.

In the tests, additional alkali was added to the scrubber closed loop process water in order to provoke a reaction between the alkali and CO2, effectively capturing the CO2 from the exhaust gas into the process water.

The setup of tests was limited by the capacity of the existing alkali pump, but positive results were observed even with only a slight increase in the alkali dosing.

During the tests, the alkali consumption remained at a reasonable level, and effect of this to the operating expenses of the vessel would remain feasible.

Results of the tests are regarded as a tentative proof of concept and additional tests with further increased alkali feed shall be conducted to verify this.

The CO2 capture feature could be applied to any Langh Tech closed loop or hybrid scrubber systems with relatively low-cost impact, with only minor changes to the existing scrubber system.

The process could be performed with readily available alkali products such as NaOH and MgOH2, which are both already being used in many SOx scrubber processes.

‘This is expected to delay the payment of between USD 20.0 million and USD 25.0 million of expenditures until 2021 at the earliest,’ reads company report.

Recommending a EGCS restriction without supporting scientific evidence is halting progress scrubbers have made towards carbon neutrality, said Executive Director.

Closure of discharge valves advised whilst ships are in Turkish waters due to wide interpretation of the term ‘pollutant’ by authorities despite circular guidelines.

Bunker fuel prices have been unstable since the implementation of IMO 2020 and with it, the premium for scrubber-fitted bulk carriers, says shipbroking firm.