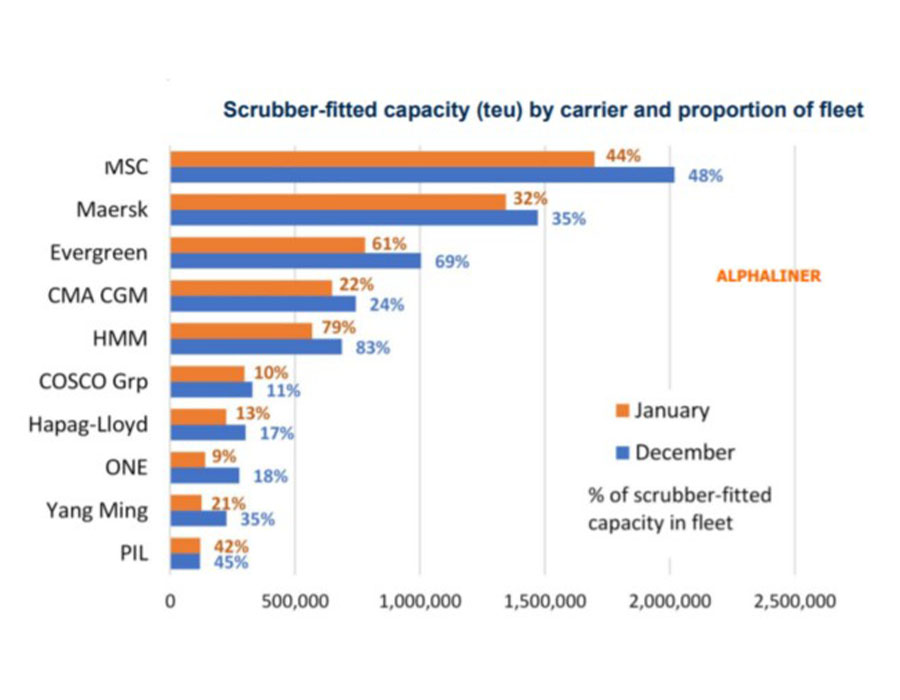 The number of scrubber-fitted container ships has risen to 850 as of 20 December, an increase of 150 ships compared to the start of the year, according to shipping database Alphaliner.

The total capacity of the scrubber-fitted fleet now equals 7.52 Mteu – just shy of 30% of the total container fleet, up from 25% at the start of the year.

“Owners of scrubber-fitted tonnage are once again enjoying the benefits of a significant price gap between low and high sulphur bunkers, with the greatest advantage being felt in Asia,” it stated in a recent social media post.

“Strong industrial demand for VLSFO pushed the spread with HFO in Singapore to almost USD 200 in early December, with the gap closing at USD 180 on Christmas eve.”

“Such levels were last reached in mid-February 2020, soon after the introduction of the fuel cap. In Rotterdam, the spread peaked at USD 144 in December, also the highest level since February 2020, but the differential was not maintained.”

Liquefied methane from both fossil and non-fossil sources provides a large part of the fuel mix at 2050.

Panama's bunker sales could return to 2019 levels in 2022 due to softer competition for HSFO from Ecuador and VLSFO from Brazil, with cheaper HSFO exports from Mexico.