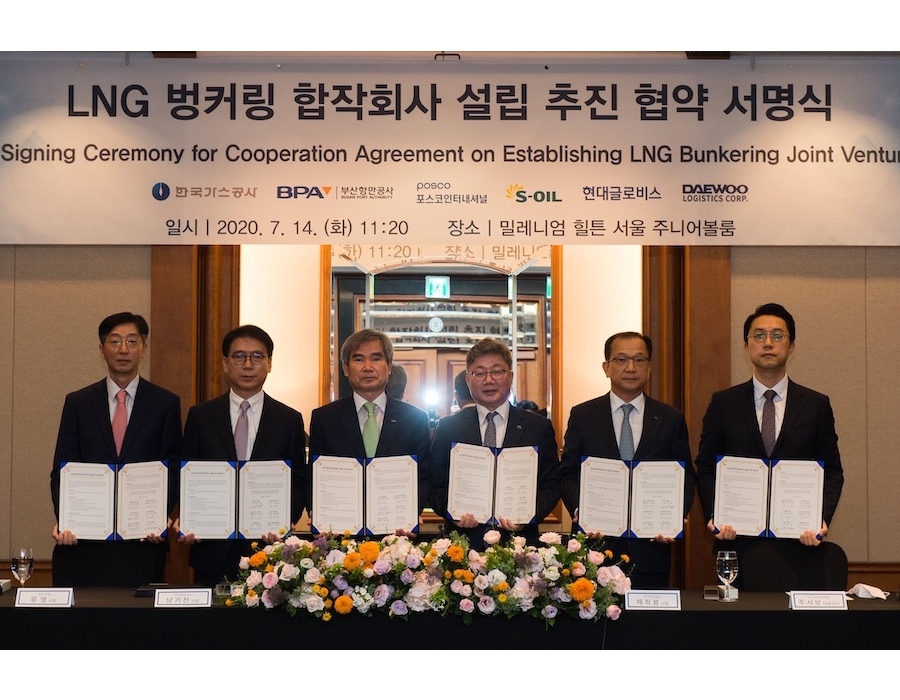 The Korea Gas Corporation (KOGAS) on Tuesday (14 July) said it has formed a consortium with five other Korean companies including Busan Port Corporation to establish a joint venture company for LNG bunkering operations by October of this year.

The signing ceremony for the ‘LNG Bunkering Joint Venture Promotion Committee Agreement’ between the five companies was held on the same day at the Hilton Hotel in Seoul.

Since last year, KOGAS said it has been promoting the establishment of a liquified natural gas (LNG) bunkering joint venture where strategic shareholders can participate meaningfully.

Through the venture, KOGAS said it plans to achieve sales of 1.36 million tonnes of LNG for ships, approximately KRW 1 trillion (USD 833.5 million) by 2030, and to reduce 8,315 tonnes of sulphur emissions and 2,557 tonnes of fine dust.

To this end, it is planning to secure two bunkering ships in the East Sea and the South Sea, one bunkering ship in the West Sea, and one shipping facility for LNG receiving bases in Dangjin to promote the LNG bunkering business for ports across the country.

“The establishment of an LNG bunkering joint venture will not only respond to preemptive response to the recent global tightening of marine environment regulations, but also provide a good opportunity for LNG to become a fuel for ship transportation in Korea, a traditional shipbuilding and shipping powerhouse,” said Hee-Bong Chae, President of KOGAS.

SHI said the contract is to build five 15,000-TEU LNG powered container ships, the first of which is expected to be delivered by January 2024, in a company filing.