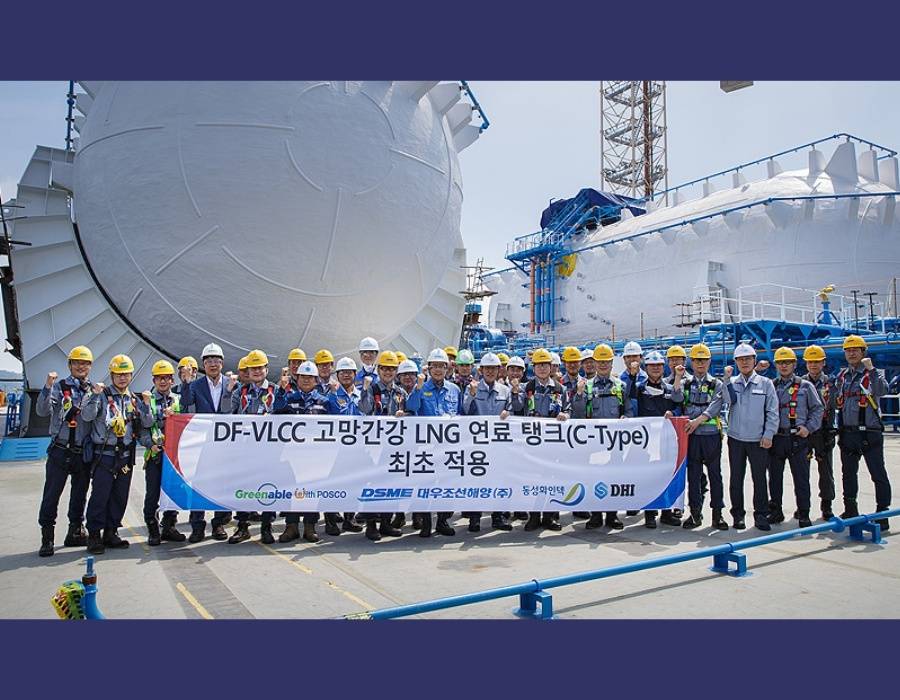 DSME and POSCO have jointly developed the tank manufacturing technology for 10 years, from pretreatment to welding to use high manganese steel to build an LNG fuel tank.

“And finally, after mass production and processability verification, it was mounted on a real ship this time, and we saw the fruits of 10 years of joint effort,” said DSME.

Until now, materials such as Invar (nickel alloy steel), aluminium, and stainless steel have been used for cargo holds and fuel tanks that can withstand the cryogenic temperature of -163°C.

However, they had disadvantages such as high price, difficult work process, and low strength.

Daewoo Shipbuilding & Marine Engineering President Park Doo-sun, who attended the ceremony to install the bunker tank on the carrier, said: “Our company, which boasts the world’s most competitive edge as a renowned LNG carrier, has set another milestone. As it is a technology, we will lead to strengthening the competitiveness of the entire Korean shipbuilding industry.”

Choi Jong-gyo, Executive Vice President of POSCO Research Institute, said, “The successful mass-production of high-manganese steel, a unique Korean material, to global LNG-powered ships is overwhelming. I believe that it will play a big role in the future eco-friendly ship market.”

‘We are pleased that the Board of Auditors rejects the part of the criticism that concerns whether OW Bunker's consolidated accounts for 2013 were correct,’ said Deloitte.

A number of shipowners are avoiding far east Russia for bunkering because of the country's increasing isolation over its invasion of Ukraine.