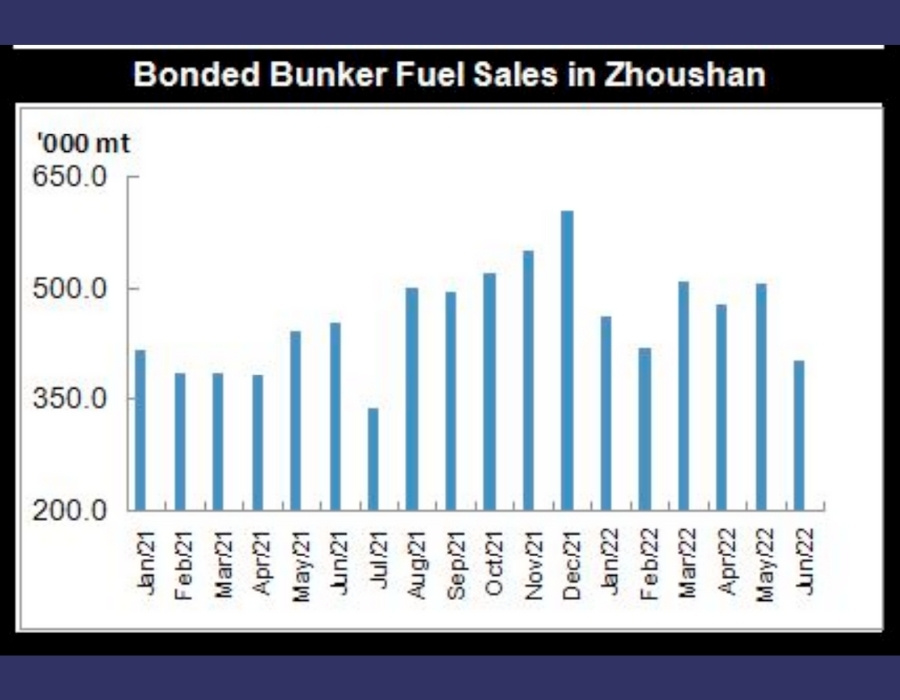 Chimbusco and Sinopec sold about 580,000 mt and 660,000 mt of bonded bunker fuel in June, JLC’s data indicates. Bonded bunker fuel sales for SinoBunker and China ChangJiang Bunker (Sinopec) were 65,000 mt and 35,000 mt, respectively. Around 193,800 mt of of sales were made by suppliers who held local licenses, with PetroChina accounting for 75,400 mt.

An insufficiency in supply still hampered bonded bunker fuel sales during the month, causing a drop-off in sales at ports including Zhoushan and Dalian. In addition, sky-high fuel oil prices and low freight rates also made the Southern barge market run tight, limiting the sales volume.

China’s bonded bunker fuel exports rallied in May amid increasing production of low-sulfur fuel oil (LSFO) and a new batch of LSFO quotas.

China’s bonded bunker fuel exports climbed to 1.48 million mt in May 2022, up 14.9% month on month but down 9.18% year on year, according to data from the General Administration of Customs of the People’s Republic of China (GACC). 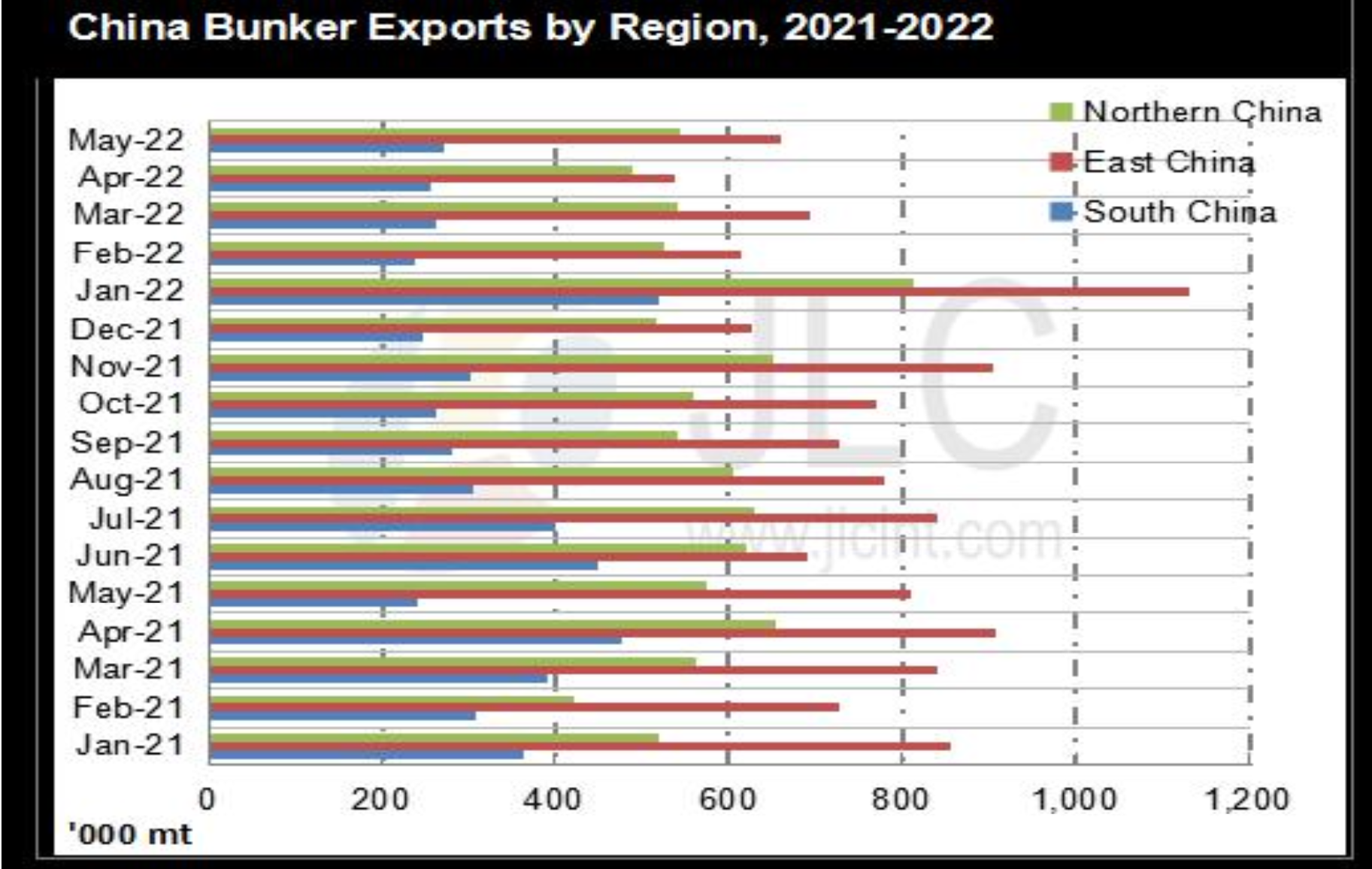 Domestic bunker fuel demand remained largely stable in June, owing to a mix of conditions when buyers raised their bids amid robust crude prices and tight supply but some ship owners suspended shipping due to high costs and excess shipping capacity.

The demand for domestic-trade heavy bunker fuel was around 320,000 mt in the month, growing by 10,000 mt or 3.23% month on month. Meanwhile, due to higher electricity consumption in the southern regions during hotter weather and more shipping of the fuel for power generation, demand for light bunker fuel increased by 10,000 mt, or 7.14%, to roughly 150,000 mt.

Bonded bunker fuel imports rise on stock shortage in May

China’s bonded bunker fuel imports saw a bounce in May as some Chinese bonded bunker suppliers were running out of their inventories.

The country imported about 354,200 mt of bonded bunker fuel in May 2022, rising 15.64% from a month before, according to the data from the General Administration of Customs of PRC (GACC).

Despite a month-on-month rise, however, the arrivals of the imported bunker fuel were still relatively dull. On a year-on-year comparison, the bonded bunker fuel imports plunged 57.84% in May, GACC data shows.

Underlying the slump were steep import costs amid excessive freight rates for the cargoes and high premiums for imported bonded bunker fuel. In addition, the supply of low-sulfur fuel oil (LSFO) continued to tighten in Singapore and Malaysia, the two critical suppliers of LSFO to China, forcing most domestic buyers to give priority to domestic low-sulfur resources. The blended bunker fuel supply expanded from the month before on the strength of improving demand following the easing of virus-related limitations and the increased restarts of refinery production in June.

In detail, the supply of low-sulfur asphalt had indeed shrunk, since profits from the coking and low-sulfur bonded bunker fuel sectors looked more encouraging. Meanwhile, available resources of shale oil and light coal tar were also under a cut during the month, albeit not a sharp one when market activity remained fair with blenders’ stable procurement. Going against the others, coal-based diesel supply was bumped up amid remarkable unit margins, by which a marked uplift was seen in the overall oil product output throughout the month. 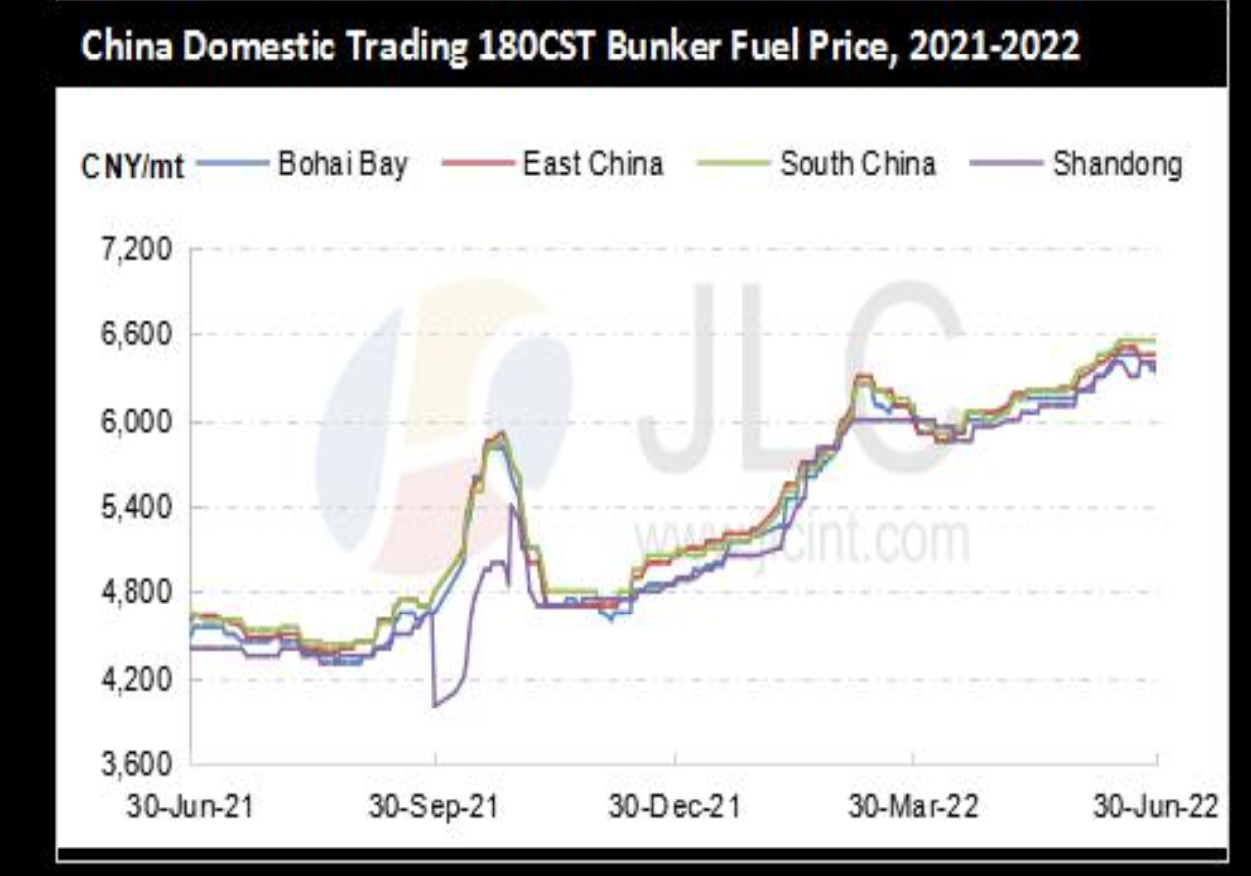 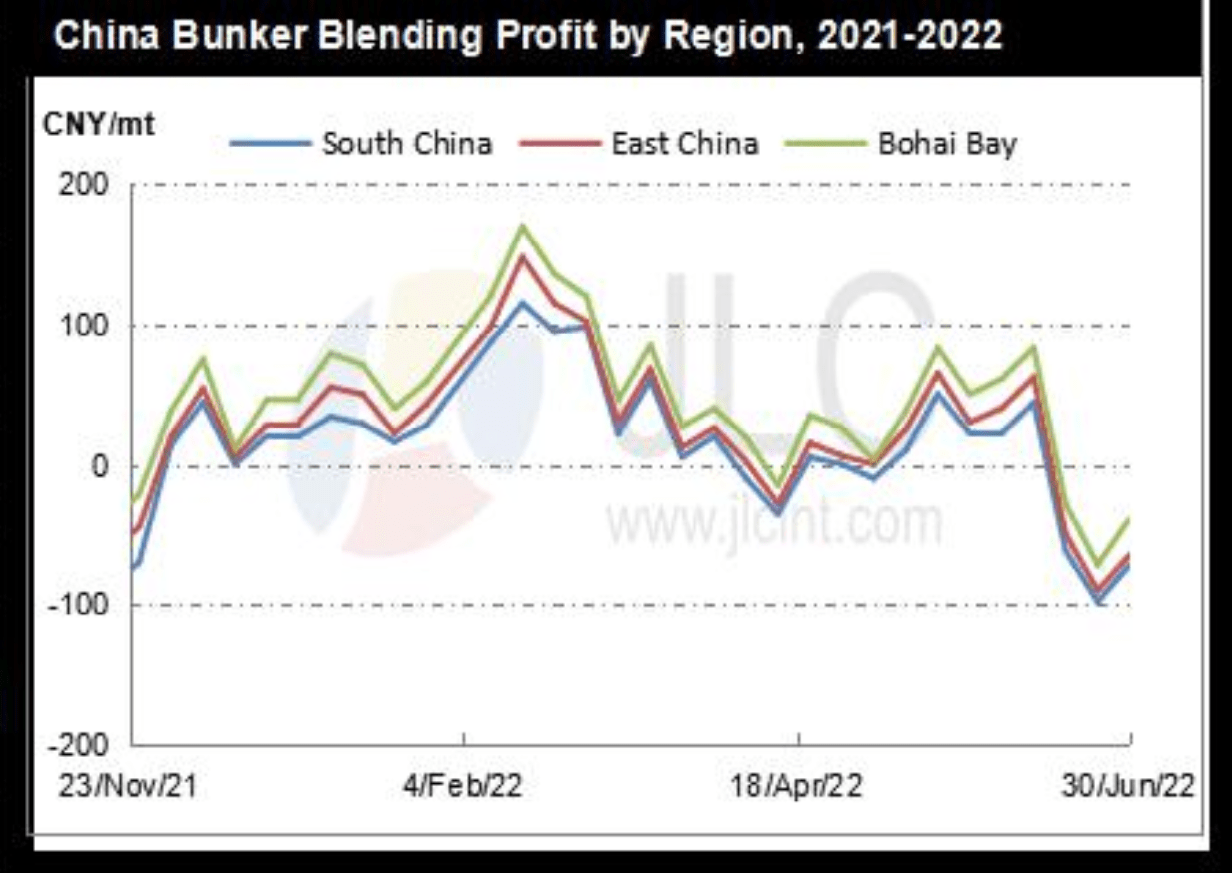 HKSE: Brightoil Petroleum Holdings shares to be cancelled from 20 October, 2020

After failing to fulfil the resumption conditions set by HKSE, Brightoil Petroleum’s shares will be cancelled from 9:00 am on Tuesday, 20 October, it said.

Port has ensured continuous fuel supply to enable it to function 24/7 with no disruptions in shipping, logistics operations and services, said Hambantota International Port Group.

“In a most unprecedented year, our employees around the world have shown tremendous grit,” states Dan-Bunkering CEO Claus Bulch Klausen.