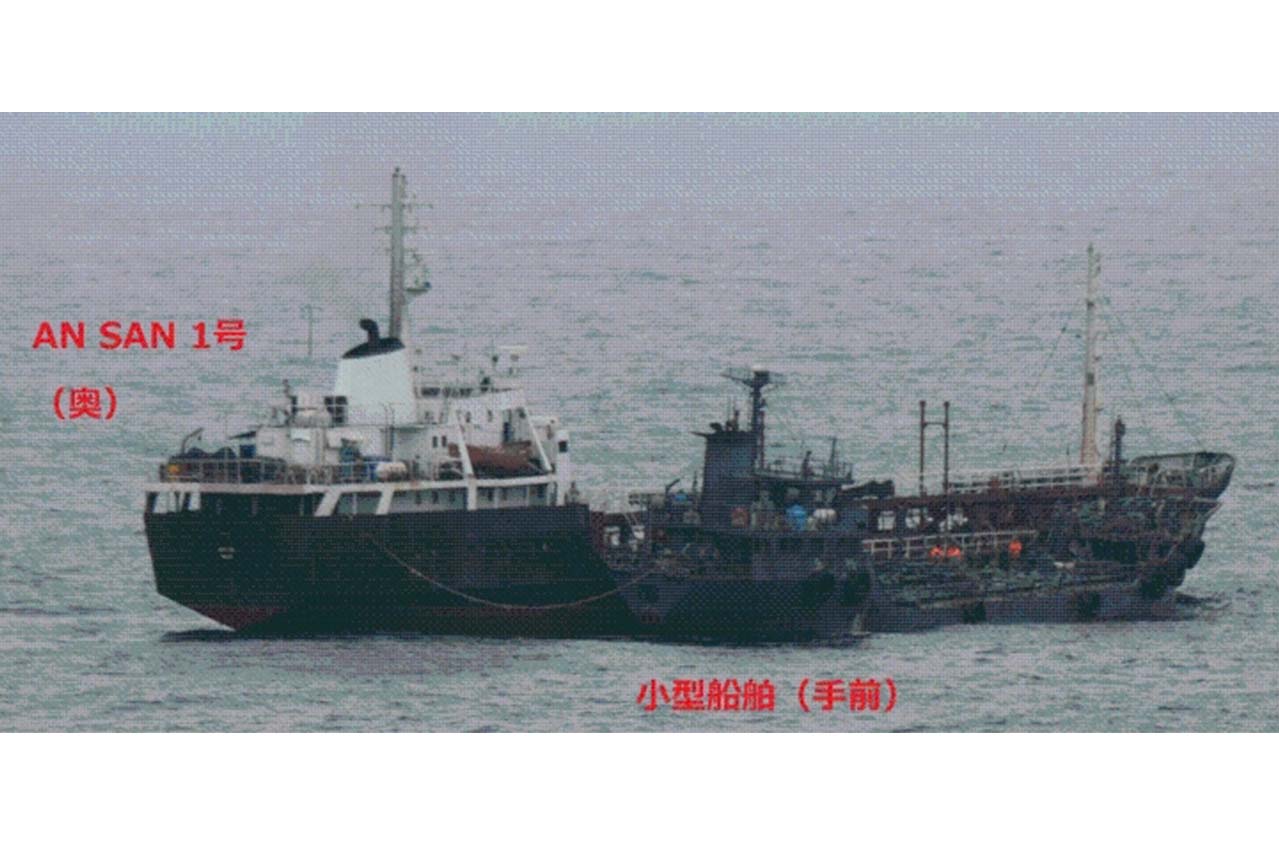 The naval ship AOE 'OUMI' of the Japan Maritime Self-Defense Force on Friday (18 January) spotted North Korean-flagged tanker AN SAN 1 (IMO number: 7303803) lying alongside a vessel of unknown nationality on the high seas (around 410km southern offshore of Shanghai) in the East China Sea.

“Judging from the fact that the two vessels lay alongside each other and connected hoses, both vessels could have been engaged in some type of activity,” it said.

In March, 2018, the Security Council Committee established pursuant to Resolution 1718 designated AN SAN 1 as a vessel subject to assets freeze and prohibited from port entry.

Nitta Kisen Kaisha engineers on board the Atlantic Oasis failed to document discharge from fuel purifiers.

Enforcement agency has successfully arrested 47 ships since launching operation “Illegal Anchor” about three months ago on 24 March 2021, it states.