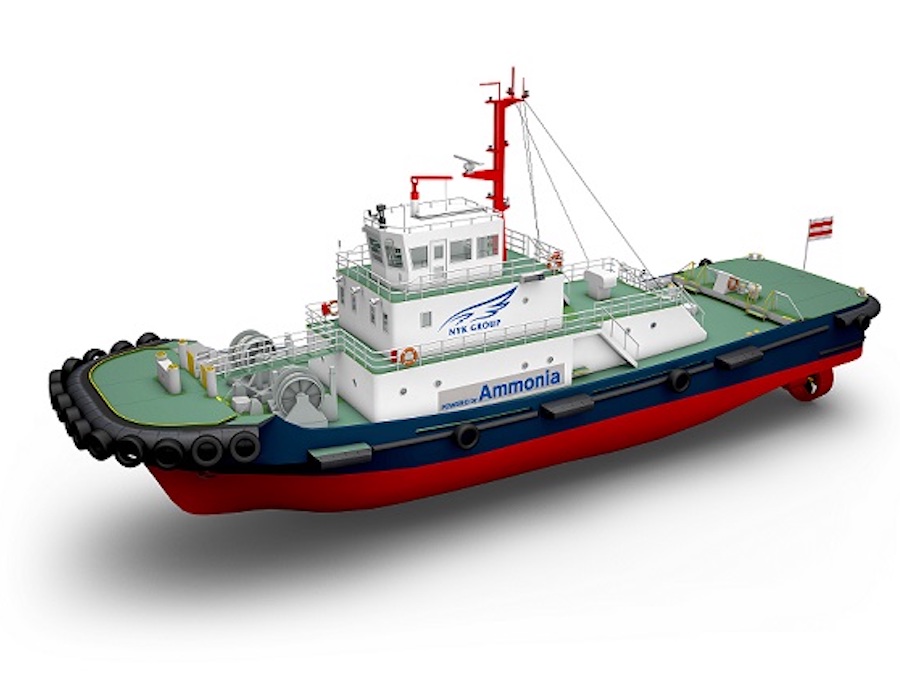 NYK noted that as carbon dioxide (CO2) is not emitted when ammonia is burned, it is viewed to have promise as a next-generation fuel that could mitigate shipping’s impact on global warming,

In addition, it is said that zero emissions can be realized by utilizing CO2-free hydrogen as a raw material for ammonia. Thus, the companies have decided to start this joint R&D for a tugboat that used ammonia as bunker fuel.

The companies have previously worked together to jointly develop the LNG-fuelled tugboat Sakigake, which was built in 2015 as Japan’s first ship fueled by liquefied natural gas (LNG).

In this new joint R&D project, NYK said the consortium will utilize the knowledge cultivated in the development, construction, and operation of Sakigake.

Specifically, in fiscal 2020 the companies will tackle the technological development of the hull, engine, and fuel supply system, and development of safety navigation methods.

After evaluating the practicality of the R&D results, they will commence the study of the construction of the ammonia-fueled tugboat as well as the plan for construction.

“If it is possible to commercialize marine equipment that uses ammonia, which is one of the candidates for a next-generation fuel, and establish a method for operating the vessel, it is expected that the Japanese maritime industry will make a significant contribution to decarbonization of the international shipping sector,” said NYK Line.

Development will be of particular interest to individual companies and representatives of maritime, waste, greenhouse gas removals, amongst others.

One 3,000 tonnes berth for bunkering will be built and two 250 m3 LNG storage tanks will be installed, which can refuel up to 100 vessels, for the project.

£30,000 awarded by the UK Department for Transport will help firm prepare its liquid hydrogen bunkering facility towards commercialisation, says CEO.