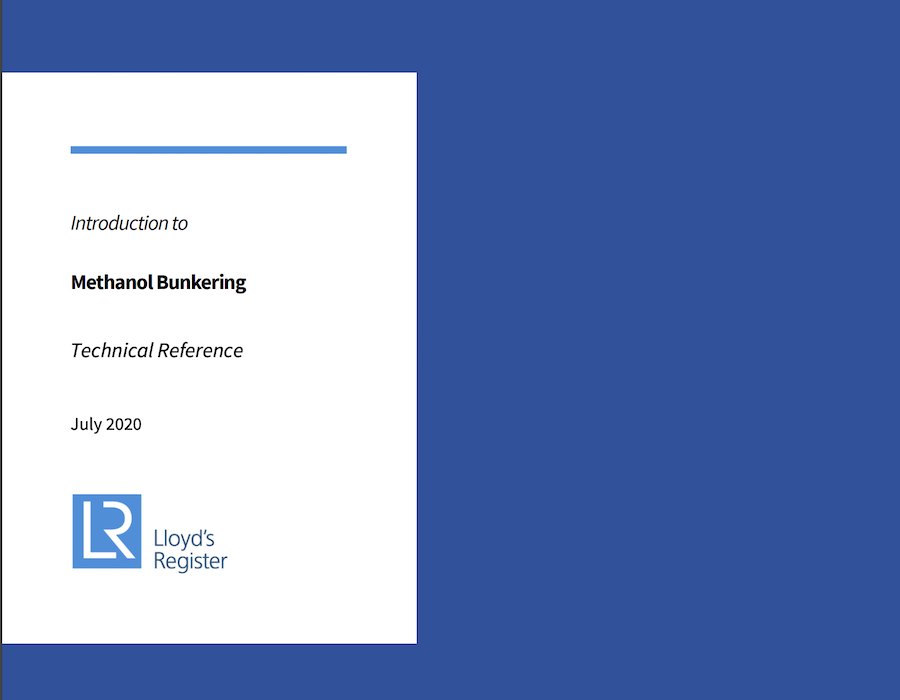 The new guidance outlines the procedures required for the safe bunkering of methanol and incorporates dedicated checklists to assist shipowners/operators, ports, bunker suppliers and other stakeholders with safe storage and handling, it said.

LR notes methanol is already in use as a marine fuel on several vessel types. Compared with traditional heavy fuel oil options, its sulphur-free characteristics and lower GHG emissions than conventional fuel can support owners with efforts to meet IMO2020 regulations, it explained.

As a low-flashpoint fuel and a contact-hazardous product LR and MI identified the need for a Technical Reference that draws on the experience of industry players using methanol successfully on their vessels to offer clear and concise best practice for bunkering.

Safely handled as a chemical commodity for decades, LR said methanol’s more recent use as a marine fuel calls for a detailed understanding of options for shoreside and barge delivery as well as onboard tank configuration.

“Methanol is increasingly seen as one of the candidate fuels to be used in the decarbonisation of shipping,” said Chris Chatterton, Methanol Institute Chief Operating Officer (COO).

“It is already in use as marine fuel on tankers, bulkers, ferries and harbour craft. Its lower pollution and greenhouse gas emissions profile offers owners the opportunity to meet IMO2020 regulations and move towards IMO2030 compliance, whilst also gaining valuable knowledge towards IMO2050 ambitions.”

“The maritime industry is sizing up many decarbonisation options in its journey from low carbon to net zero,” added Douglas Raitt, LR’s Regional Advisory Services Manager.

“Methanol is among these and it offers a pathway that will enable owners to progressively lower their emissions’ profile while using conventional engine systems and technology to achieve net zero.

“This Technical Reference will support the industry with clear and useful advice around best practices.”

Currently methanol is usually produced by the steam reforming of natural gas, but as the simplest of the alcohols, it can also be made from various forms of biomass or waste materials, or even from the atmosphere itself, using CO2 from non-fossil fuel power sources alongside renewable hydrogen, thereby adding to its environmental pedigree.

One of the major attractions of methanol as a fuel type is that it has a single molecular structure, irrespective of production route – unlike, for example natural gas or petroleum-derived liquid distillate and residual fuels that each represent mixtures of a range of different hydrocarbon types – hence engines can be more tightly tuned since ‘fuel flexibility’ is required only for methanol and a pilot fuel such as MGO.

The International Organization for Standardisation is in the process of developing a methanol marine fuel grade specification and the regulatory process is moving towards final adoption of new rules for inclusion of low-flashpoint fuels into the IMO’s IGF Code.

The Bunkering Technical Reference can be downloaded by filling in the form here.

Singapore can become a centre of excellence in methanol bunkering