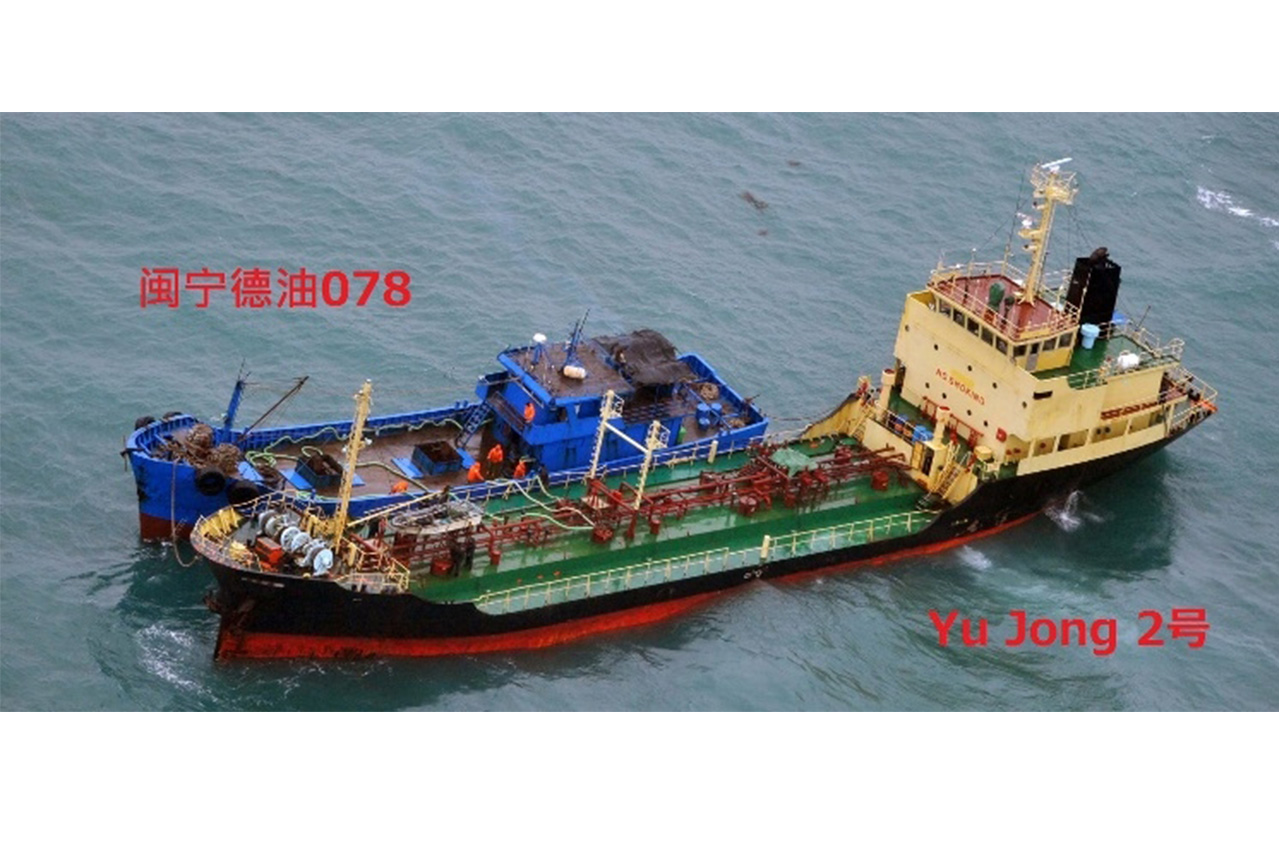 A North Korean-flagged tanker Yu Jong 2 and a small vessel of unknown nationality with the translated name ‘Fujian Province, Ningde City, oil tanker 078’ have been spotted by the Japan Maritime Self-Defense Force in an alleged STS fuel transfer operation in mid-February.

Both vessels were around 250 kilometres east off-Shanghai in the East China Sea during the afternoon on February 16, said the Ministry of Foreign Affairs of Japan.

“Judging from the fact that the two vessels lay alongside each other and connected hoses, both vessels could have been engaged in some type of activity,” it said.

“Following a comprehensive assessment, the Government of Japan strongly suspects that they conducted ship-to-ship transfers banned by the United Nations Security Council.”

Japan has notified the Security Council Committee of this incident and shared information with related countries.

Earlier this year, there was news coverage of Taiwan-based entities selling bunkers via STS transfer to North Korean vessels.