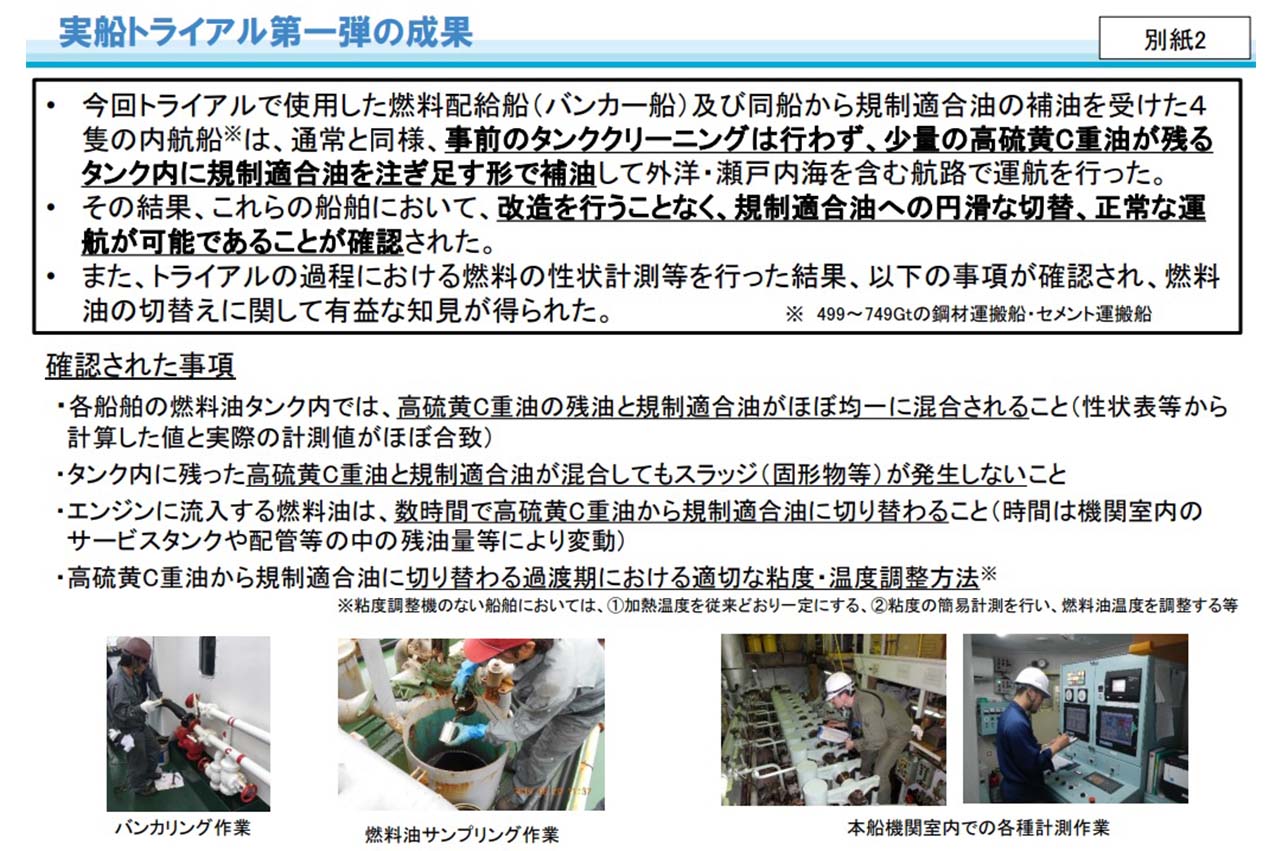 The Japanese Ministry of Land, Infrastructure, Transport and Tourism (MLIT) on Sunday (7 July) said it has started fuel switching trials for the consumption of 0.5% sulphur fuel oil in preparation for IMO 2020.

The approximately four-week long trial, which started on 27 June, involves a total of four steel carriers and cement carriers.

The routes for each vessel, which will switch fuel to compliant bunkers while sailing in open seas, is as follows:

“We conducted a smooth switching operation to on-board regulated oil on the four vessels that conducted the trial as the first project, and confirmed that we could operate normally without any problems,” stated MLIT.

“We operated on the route including the Seto Inland Sea. As a result, we were able to switch fuel and operate on any of the vessels without problems.”

‘Many will hope that states will be more lenient during the initial period following January 2020,’ it says.

Covers necessary mitigating measures to limit the risk of the ship being detained as well as ensuring safe operation.

Firm plans to scrap sales of high sulphur fuel oil by the end of 2019 and use the product to feed its cokers.