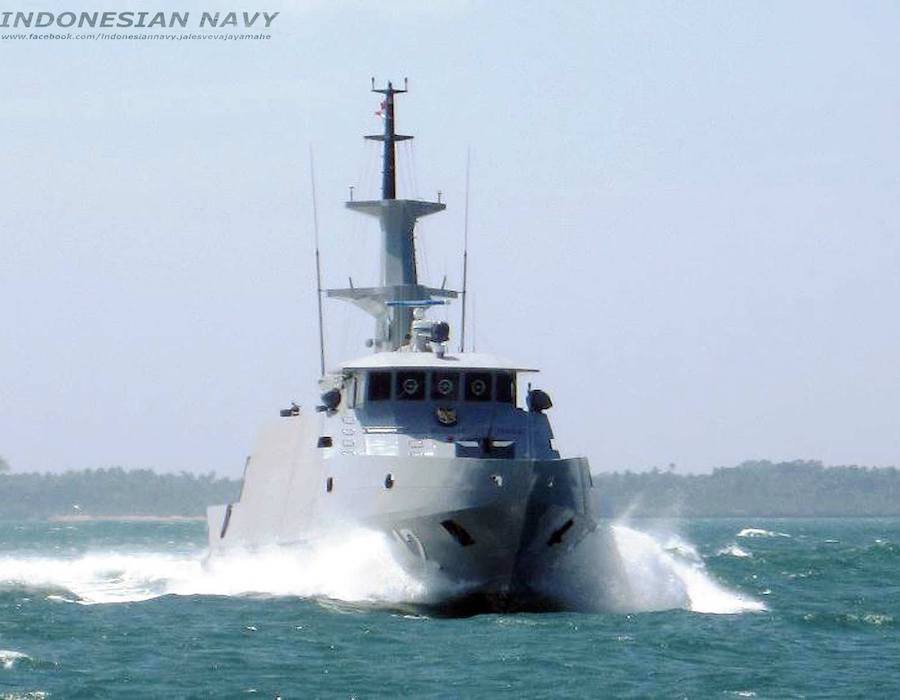 The Indonesian navy’s Clurit-class fast attack craft, KRI Kujang (642) was reportedly forced to open fire at an Indonesian flagged vessel KM Tenggiri that was suspected of illegally collecting oil from other ships in the Traffic Separation Scheme (TSS) between Singapore and Indonesia on Friday (5 June), according to a report by Batam Today.

At 12.45 pm, KRI Kujang (642) was patrolling the TSS area when it spotted KM Tenggiri behaving suspiciously; the vessel was believed to be collecting fuel from other ships in the Outside Port Limit (OPL) of the TSS area.

KM Tenggiri was uncooperative and sailed further into the OPL area when KRI Kujang (642) approached to conduct investigations. It also behaved aggressively and ‘challenged’ the naval ship by threatening to crash into it.

The development caused KRI Kujang (642) to fire a first warning shot into the air. KM Tenggiri reacted by escaping towards Singaporean territory with the naval craft giving chase.

KRI Kujang (642) fired a second warning shot in the air, and the third shot was aimed at the left hull of KM Tenggiri before it escaped into Singapore waters.

The Singapore Police Coast Guard was then alerted to the Indonesian vessel illegally entering its waters and proceeded to take action.

At the time of writing, Batam Today noted the Singapore Police Coast Guard have yet to hand the case over to Indonesian authorities.

Bunker Holding and CEO Keld Demant under preliminary charges by SOIK for violation of EU Syria Sanctions; another individual in similar charge still under name ban.

The total amount of bunker fuel stolen has broken the SGD $6 million mark.

MMEA said it received a tip off from the Malaysian Marine Department and discovered the vessel 1.9 nautical miles southwest of Tanjung Keling, Melaka.