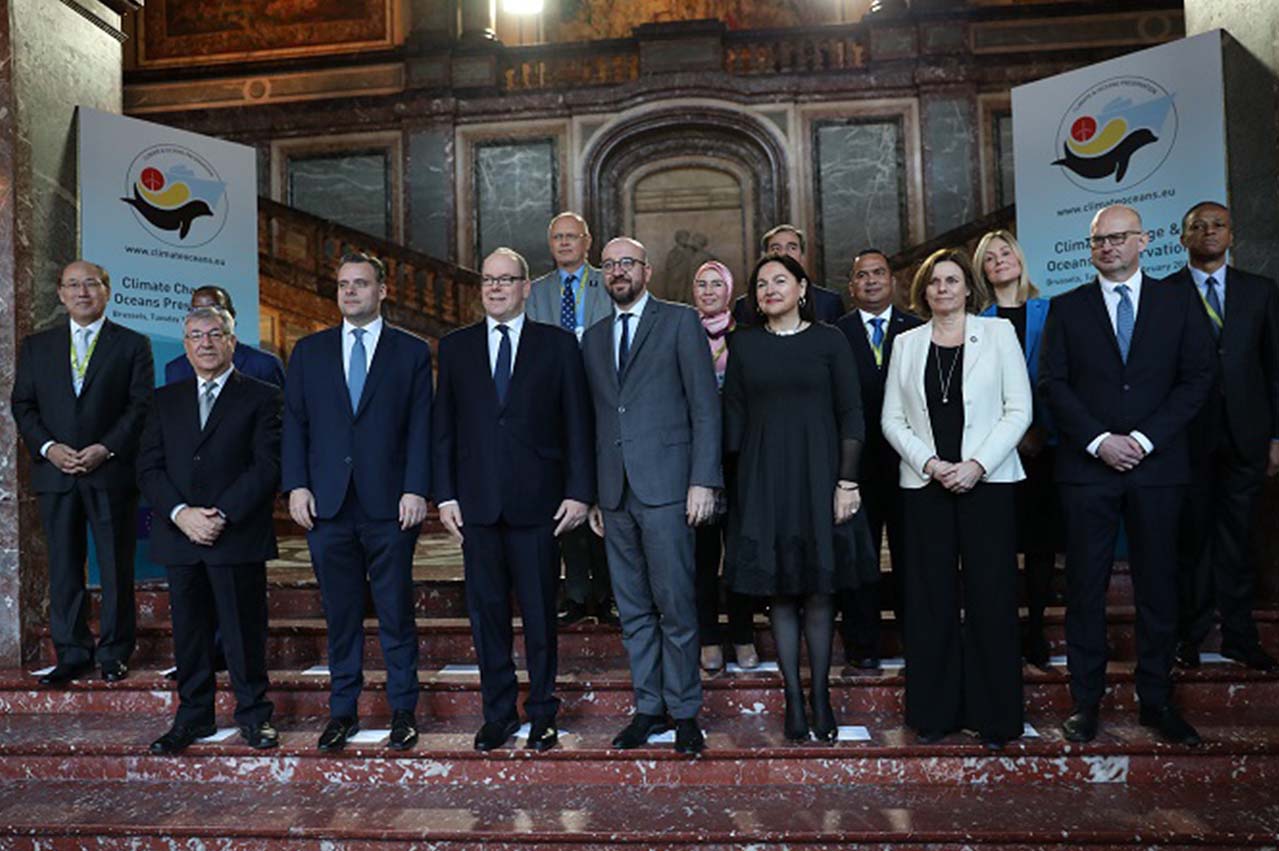 IMO Secretary-General Kitack Lim on Tuesday (19 February) called for Member States and the entire maritime sector including shipping and ports, to come on board to achieve the ambitions set out in the IMO initial strategy for reducing greenhouse gas emissions from international shipping.

The strategy, adopted last year, aims for at least a 50% cut in emissions from the maritime sector by 2050.

“We need to focus on technology transfer and research and development; we need expertise; we need IMO’s Member States to come together as one; we need the Member States to bring forward concrete proposals to IMO,” Secretary-General Lim said.

“We need to involve all maritime sectors – not just shipping. Investment in port infrastructure is just as important.”

He was speaking at the high level conference on Climate Change and Oceans Preservation, held at the Egmont Palace in Brussels, Belgium.

The strategy includes a series of candidate measures that might be applied to achieve these targets in the short, medium and long terms. The detailed work of agreeing which of these will actually be adopted to enable these ambitions to be achieved is now under way.

Lim said that the initial steps – the candidate short-term measures – are likely to include strengthening the Energy Efficiency Design Index (EEDI) and the Shipboard Energy Efficiency Management Plans (SEEMP) for ships, as well as gathering information under the fuel-oil data collection scheme.

In the mid-term (before 2030), he highlighted the need to make zero-carbon ships more attractive and to direct investments towards innovative sustainable technologies and alternative fuels.

In this context, the reduced sulphur limit for ships’ fuel oil, which enters into force on 1 January 2020, “should be seen as not only a landmark development for the environment and human health but also as a proxy "carbon price" – increasing the attractiveness of lower-carbon fuels or other means of propulsion for ships.”

The conference Climate Change and Ocean Conservation was opened by Charles Michel, Prime Minister of Belgium, and H.S.H. Prince Albert II of Monaco.

It welcomed more than 500 international and national guests where participants discussed the impact of climate change on marine biodiversity, the need to reduce ship emissions and the potential for offshore energy production.

Debunkering should only be required when it has been established, beyond reasonable doubt, that a ship is carrying fuel oil that exceeds the 0.50% sulphur limit.

Meeting is scheduled on Monday-Friday (22-26 November) at 11:00 up to 14:00 GMT daily; meeting will be opened by IMO Secretary-General Kitack Lim.