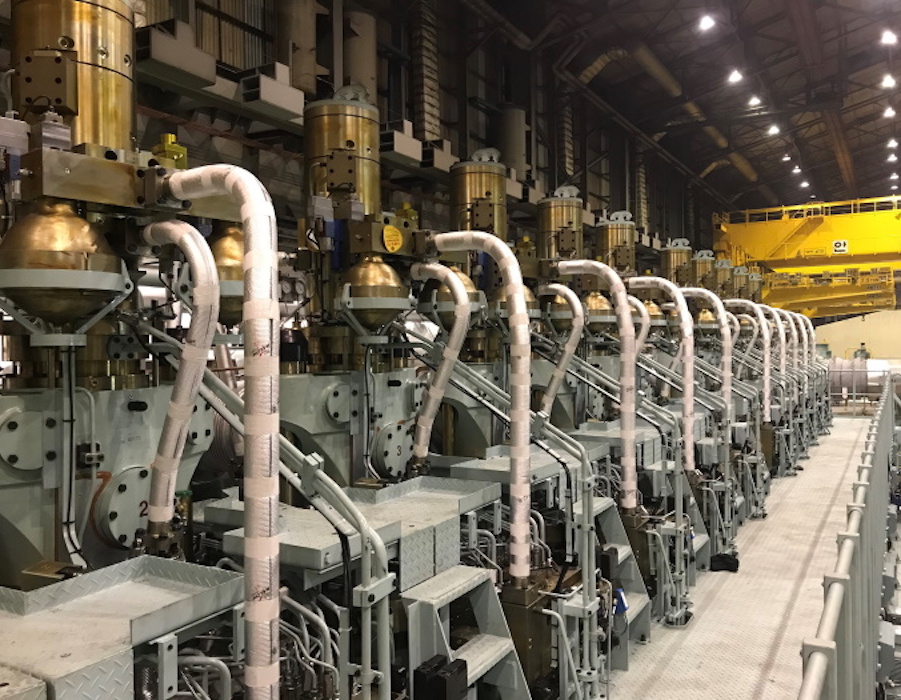 Hyundai’s Engine Machinery Division (HHI-EMD) on Wednesday (29 January) announced the completion of the first shop test for the first of six ME-GI engines bound for a series of container ships for Singapore-based, Eastern Pacific Shipping.

MAN Energy Solutions reports that, during testing, the engine successfully ran at 100% load in gas mode.

The six units are MAN B&W 11G90ME-GI dual-fuel configurations operating on LNG with delivery dates scheduled between 2020-2022. Hyundai Samho Heavy Industries (HSHI) will construct each of the neo-Panamax boxships.

“Instead of taking a wait-and-see approach towards decarbonisation and environmental protection, EPS decided to use LNG as a marine fuel and chose to install the two-stroke ME-GI engine in these newbuilds.

“When powered by LNG, the ME-GI will reduce these vessels’ carbon footprint by significantly lowering CO2, NOx, and SOx emissions. The success of the shop test reinforces our decision, and we look forward to the addition of this environmentally-friendly tonnage to our diverse fleet.”

As such, in gas mode, the use of smaller holes significantly reduces pilot-oil consumption to just 1.5%, approximately half of what was previously required; diesel mode employs the larger-sized holes.

“This shop test is notable for a number of reasons. Again, the ME-GI has shown what mature technology it is, running stably at 100% load in gas mode, while the introduction of our PBIV technology drastically cuts pilot-oil consumption by half compared to previous,” said MAN Energy Solutions Head of Two-Stroke Business Senior Vice President Bjarne Foldager

“As such, the ME-GI has set the bar even higher for dual-fuel propulsion and is the de facto industry standard.”

MAN Energy Solutions reports that it has over 200 ME-GI units on its order books or already in service, with references in every major marine segment, while the ME-GI design has logged over 750,000 dual-fuel operating hours in establishing itself as well-proven technology.

The company also states that it has confirmed 250+ sales within its entire portfolio of low-speed, dual-fuel engines – all running on LNG or other, clean fuels such as LPG and methanol.

Man Energy Solutions said the ME-GI engine provides ship-owners and operators with a peerless solution within environmentally friendly and high-efficiency, two-stroke technology, without the greenhouse emissions such as methane slip, which is a hallmark of competing engines.

With the ME-GI engine, two-stroke development has taken a step further by combining the unique properties of multi-fuel combustion and the well-known reliability of MAN Energy Solutions ME-engine.

The Diesel principle provides the ME-GI engine with high operational stability and efficiency, including during load changes and fuel change-over, while defining properties such as a stable change-over from fuel to gas with no fuel-penalties are maintained.

‘AIDAnova is a milestone for our company and the entire cruise industry,’ says CEO of Costa Group.

New LNG distribution license was obtained on 17 February, 2021 and will allow Gasum to deliver to expand its outreach to maritime customers in France.