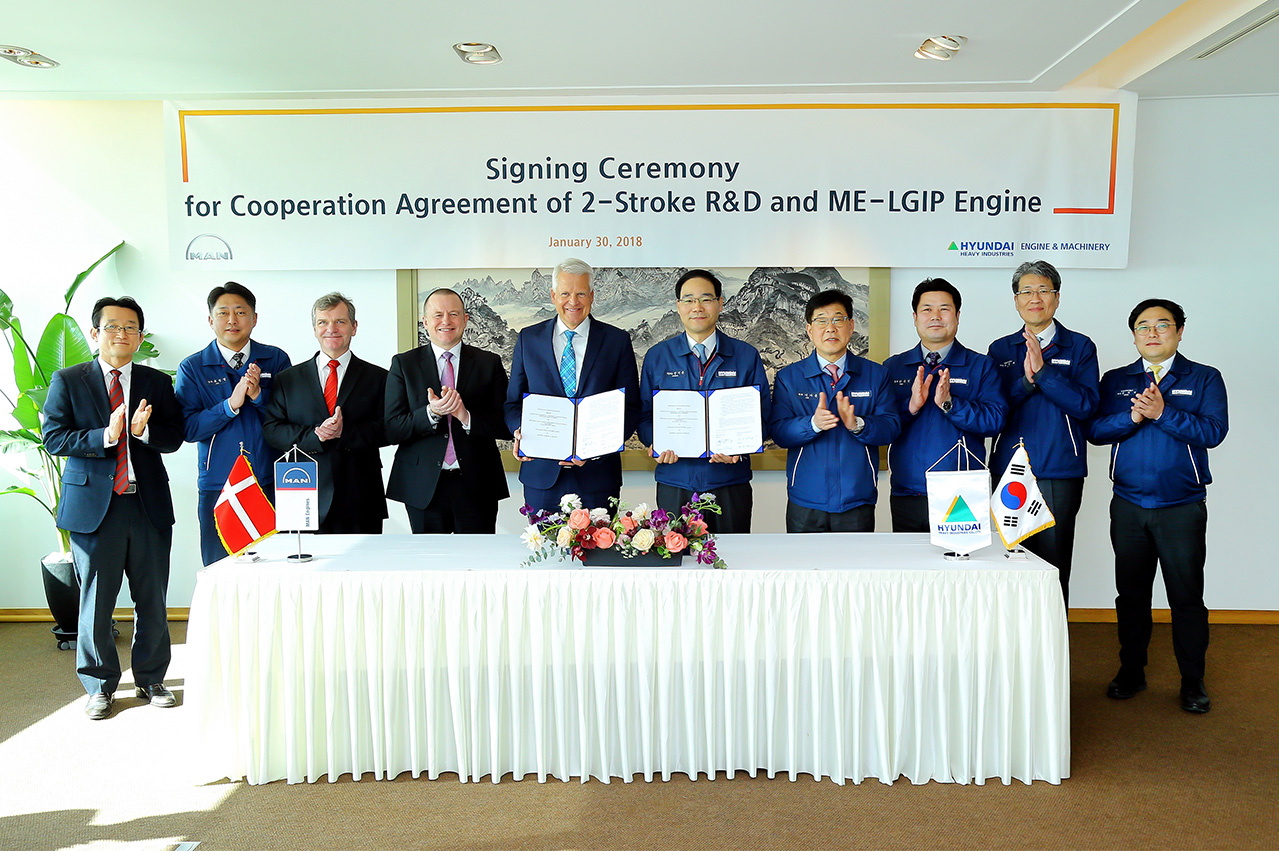 “LPG holds great potential as a fuel since it contains no sulphur, is widely available, and easy to bunker. It is therefore becoming an increasingly attractive alternative to other, low-sulphur fuel types.

“We have a long tradition of technical cooperation with our licensees and we are looking forward to working with Hyundai on this exciting project.”

According to MAN Diesel, ME-LGIP installation aboard a merchant ship is “extremely” competitive price-wise, compared to other, dual-fuel-burning engine types.

It noted several LPG carrier operators calling for the development for an LPG-fuelled engine that could power LPG carriers in the most viable, convenient and economical way using LPG cargo already onboard.

“LPG is an eminently environmentally-friendly fuel, in much the same class as liquefied natural gas (LNG), and an LPG-fuelled engine will significantly reduce emissions, enabling vessels to meet the stringent IMO SOx emission regulations due to come into force globally from 2020,” says the company.

“LPG’s future as a viable fuel for marine transportation looks promising as it will not require as large an investment in infrastructure – such as bunkering facilities – in contrast to other, gaseous fuels. Accordingly, MAN Diesel & Turbo expects a strong demand for LGIP engines for very large gas carriers (VLGCs) and coastal vessels from their introduction.”

Test results ‘very encouraging’ with one test engine performing very well when running on a marine fuel with 70% ammonia content at typical loads.

App contains a wealth of information with real fuel data, useful for those wishing to understand the complexities of bunker fuels as applied in the maritime sector.

"Corroded scrubber pipework and discharge outlets is a serious problem, and we’re seeing more and more of it," says spokesman.