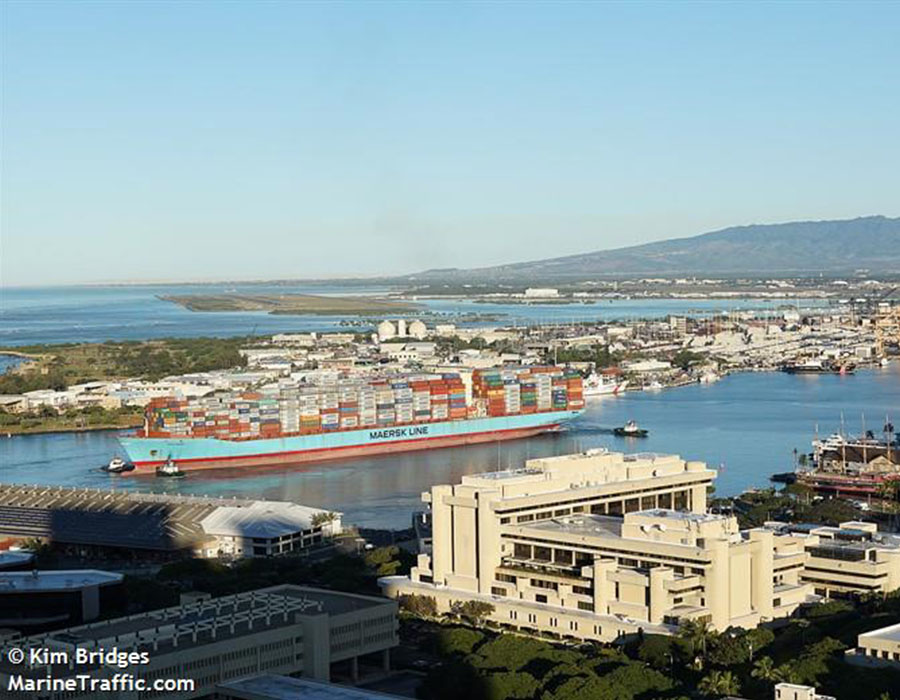 Via a swap deal with Glencore, Maersk received approximately 24,000 barrels of RMK 700 grade marine fuel from the PetroAmerica Terminal S.A. (PATSA) tank facility at the Panama Canal on 8 February 2018.

The cargo of marine fuel was loaded from the PATSA terminal to the Maersk chartered bunker barge Kollum, which later delivered the product as bunkers to the Maersk Aras and Sofie Maersk.

The 4,664 TEU capacity containership Maersk Aras began burning the fuel on 15 February and suffered a complete engine failure on 17 February. The vessel had to divert to Manzanillo, Mexico, where she was required to take on an additional 1,100 bbls of replacement fuel in order to continue to trade.

The 9,578 TEU capacity containership Sofie Maersk started consuming the fuel on 1 March and encountered fuel pump issues on 2 March; it experienced main engine failure on 4 March 4 while in the middle of the Pacific Ocean and had to be towed as a dead ship to Honolulu, Hawaii for repair and provision of 2,100 mt of replacement fuel oil.

The legal team is aware of Glencore filing a declaratory judgment action at the New York Supreme Court during 2019; the aim was to seek a declaration that it is not liable to Maersk (either MOT Panama or Maersk Line A/S) under the contract, in tort or otherwise regarding the current legal case.

“Despite the fact that the claims asserted by Maersk herein are effectively the mirror image of the declaratory judgment claims brought by Glencore in the state court action, Glencore stated that it would oppose a motion by Maersk to amend its answer to assert affirmative counterclaims in that case,” they state.

“Maersk disagrees with Glencore’s position and filed a motion for leave to amend on January 29, 2021.”

Anapo has committed its Mersey Spirit and Rimorchiatori LazialI its Magic Duba to the fleet, while Bunker Energy is in charge of sales for the venture.