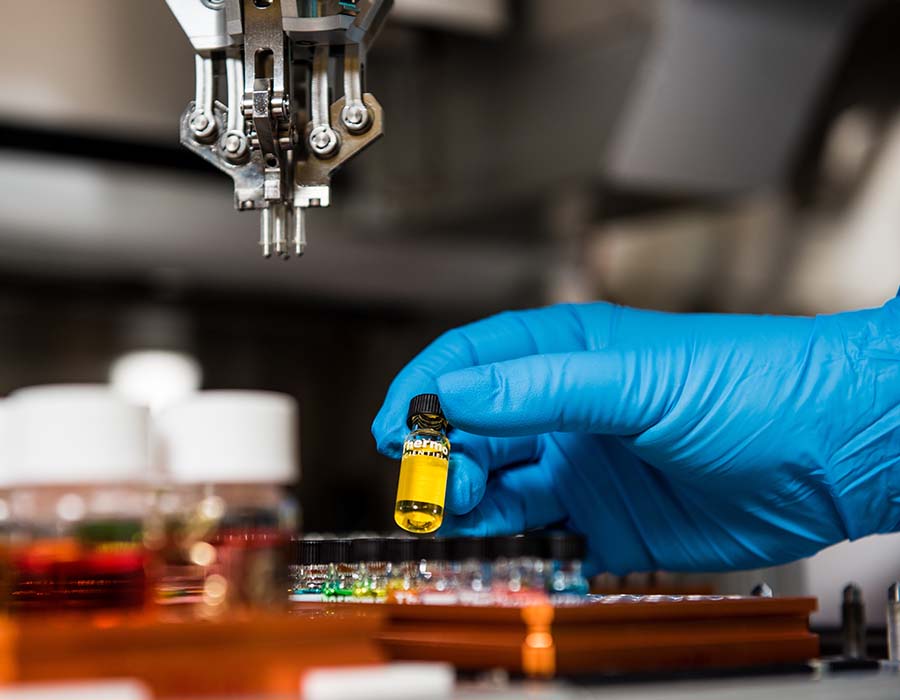 Bunker fuel is a commodity and, like all commodities, is produced and sold according to specifications. Bunkers are usually tested by suppliers and purchasers to confirm that the they meet the sale specification. Bunkers may also be tested by Flag State or Port State Control authorities to determine if they meet the MARPOL Annex VI sulphur limits.

For residual fuels, the most widely used specification is ISO 8217 Table 2. The Table 2 specification for sulphur content is stated as per “statutory requirements” and, since 1 January 2020, the global MARPOL sulphur limit is 0.50% with lower limits set for SECAs.

In light of these recent regulatory changes we expect sampling and analysis of very low sulphur fuel oil (VLSFO) to receive greater focus. Given the relative cost of fuel components, we also expect that suppliers will blend fuels to achieve a maximum sulphur content that is close to the statutory maximum.  This raises the question of how fuels will be tested by suppliers and purchasers under sale contracts and by authorities to determine MARPOL compliance.

In the accompanying article, Dr. Tim Moss and Dr. Daniel Sheard of Brookes Bell explain analytical statistics including the methodology for assessing test results for fuels under ISO 8217 specifications, including sulphur content.  As they explain, a sample tested in different laboratories or tested a number of times in the same laboratory will inevitably produce test results with small degrees of difference. To deal with these variances ISO 8217 refers to ISO 4259 “Petroleum and related products — Precision of measurement methods and results”.

In our Insight How analytical statistics lead to standard specifications  Dr. Moss and Dr. Sheard of Brookes Bell explain that for the charterer or owner who has purchased the fuel, sulphur content at 0.53% meets the 95% confidence limit.  This means that a single test result showing up to 0.53 % sulphur may be considered by the purchaser as acceptable evidence that the ISO 8217 specification has been met.

The supplier on the other hand cannot represent the fuel as compliant unless its own test results show no more than 0.50% sulphur content. For the bunker producer/supplier, the IMO recommends that the blend target should not be the actual sulphur limit, but rather the limit minus an appropriate safety margin. For the bunker producer/supplier to ensure that the product meets the specification limit with 95% confidence, the blend target should be the limit minus 0.59R.  This means for the supplier, the target for VLSFO should be .47%. See IMO’s guidance on best practice for fuel oil suppliers for assuring the quality of fuel oil delivered to ships.

At the MEPC 74 meeting in May 2019, IMO approved amendments to the verification procedures for fuel oil samples drawn in accordance with MARPOL Annex VI. These amendments have not yet entered into force, as they have not been adopted, but to ensure a consistent approach to verifying the sulphur limit, IMO has circulated the amendments for early application by Administrations, see MEPC.1/Circ.882 for details.

In-use and on board samples testing procedure

According to the new verification procedures for ‘in-use’ and ‘on board’ samples, the Reproducibility (R) of the test method, in accordance with ISO 4259-2:2017, should be taken into account when assessing the acceptability of a test result. The relevant MEPC guidelines provide:

“The sample should be deemed to meet the requirements provided the test result from the laboratory does not exceed the specification limit +0.59R (where R is the reproducibility of the test method) and no further testing is necessary.”

The amended Appendix VI contains a different procedure, however, for testing the MARPOL delivered sample. This sample will be tested without taking the Reproducibility (R) of the test method into consideration. This means that there will be no test margin and thus the test result of a MARPOL delivered sample tested (average of two tests by the same laboratory) must not exceed 0.50% m/m sulphur – in other words, a “hard limit”. A test result above 0.50% will provide Port State Control evidence of non-compliance on the part of the supplier that the fuel as supplied does not meet the sulphur limit and that the BDN is therefore not accurate.

The regulatory limit is 0.50% so does a test result at 0.53% put owners at risk of non-compliance?

The amendments to Appendix VI of MARPOL Annex VI ensures that a 95% confidence limit is applicable to balance the testing variances associated with the testing of in-use and onboard samples and will thus help ensure that ship operators are not unfairly penalised for marginal exceedances in sulphur content due to factors beyond their control.

However, instead of drawing and testing in-use or on board samples, authorities can also choose to test the MARPOL delivered sample. So, if a bunker producer/supplier have blended a fuel without applying a proper safety to control its margin on the sulphur content, in practice there is a chance that a fuel that meets the ISO 8217 specification and MARPOL Annex VI under the sale contract could still be found to be non-compliant when re-tested. Certainly, the vessel owner may be considered to have acted in good faith and in reliance of the 95% confidence limit as long as the initial test result at the point of sale showed 0.53% sulphur or less. There is, however, no guarantee that authorities will take such an approach as the verification procedures and enforcement norms have not been tested.

For purchasers including charterers, if a lab analysis shows over 0.53% sulphur content the fuel should be considered to be off-specification under the sale contract and recourse may be available from the supplier.  Clearly, careful vetting of suppliers is of increasing importance in this transitional time as it is only the producers and suppliers that have control over the quality of the product they sell.

Additional information on issues to be aware of during PSC sulphur inspections can also be found in our insight Prepare crews for PSC spot sampling of ships’ fuel.

IBIA discusses IMO 2020 compliance: It’s up to us to be good citizens

Good citizenship and sensible actions needed to support continuing improvement of our environment.