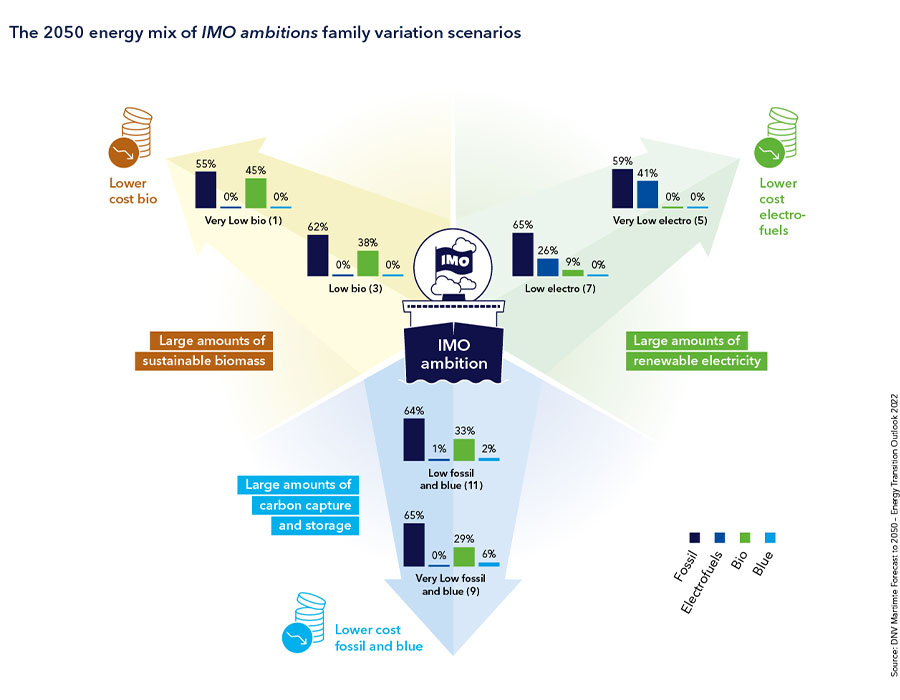 Classification society DNV on Tuesday (11 October) said its Maritime Forecast to 2050 report has utilised an enhanced GHG Pathway Model to build and run 24 scenarios quantifying trends in the bunker fuel transition ahead for the shipping sector. 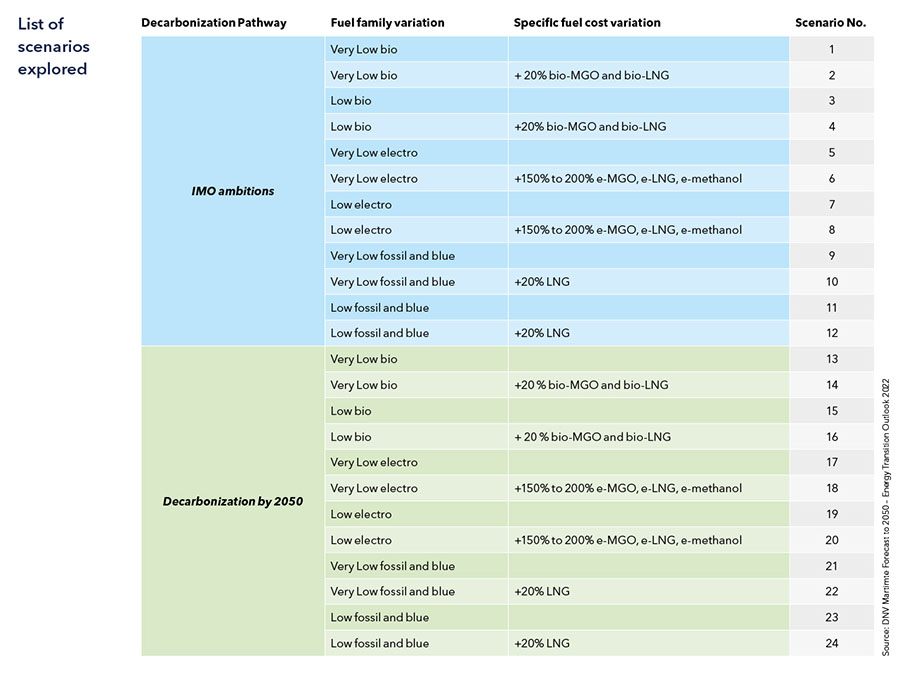 Researchers have applied six “fuel family” variations, simulating the availability of: sustainable biomass to produce biofuels (e.g. bio-MGO); renewable electricity to produce electrofuels (e.g. e-MGO); and fossil fuels with CCS (i.e. “blue” fuels). For each of these three fuel families, we assign a “High” or “Very high” fuel-price advantage to one fuel family over the others on a basis described in the report.

They explore three cost variations for specific bunker fuel types, in which changes in the relative cost differences between fuels within each family are explored (as described fully in the report). 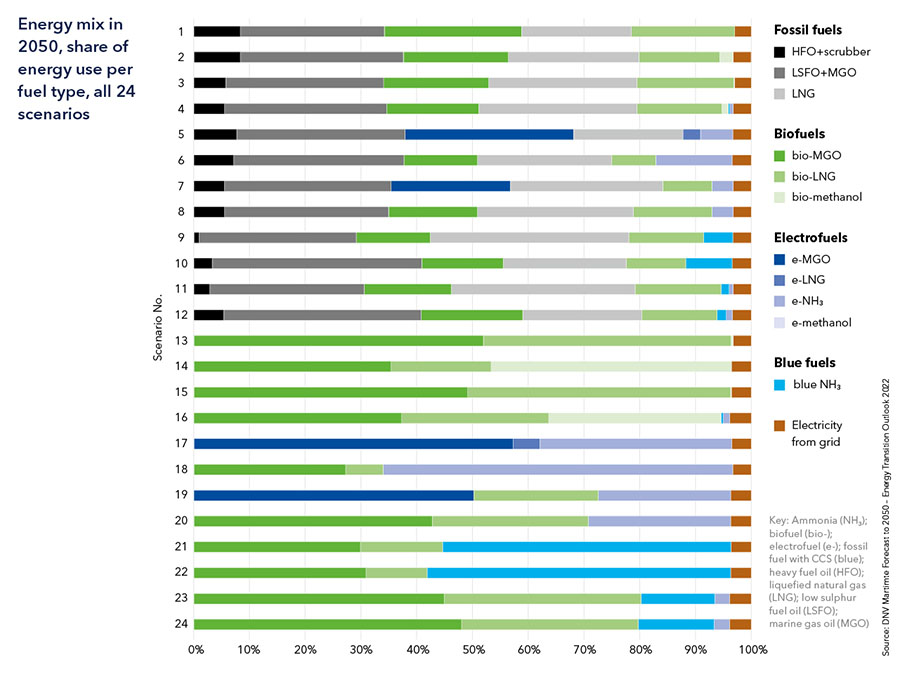 Some carbon-neutral fuels dominate the 2050 energy mix in at least one scenario, namely bio-MGO and e-MGO, bio-LNG, blue ammonia and e-ammonia, and bio-methanol.

Among carbon-neutral fuels, the share of carbon-neutral drop-in fuels (bio-MGO, e-MGO, bio-LNG, e-LNG) is greater in IMO ambitions scenarios than in Decarbonization by 2050 scenarios.

“The initial availability in selected regions has ripple effects beyond their borders, and we have seen this pattern before in the uptake of LNG and batteries in shipping,” recalls Ovrum. “We expect similar effects for other carbon-neutral fuels assigned favourable conditions in the scenario design.”

Driven by procurement requirements from governments, uptake of LNG and batteries was assisted by infrastructure first being developed locally, then nationally, then regionally and globally, adds Ovrum.

It illustrates that the public sector can be an important enabler for phasing in new low-emission technology in shipping, he stressed. “The challenges and opportunities illustrated in our modelling can only be solved by strong alliances among the sector’s stakeholders and with other industries competing for carbon-neutral fuels.”

Recommends use of quality, high-end materials after experience from more than 1,500 EGCS installations.

Project study is funded by The Research Council of Norway; one of the main objectives is to evaluate and challenge bunkering technologies and logistics operations.