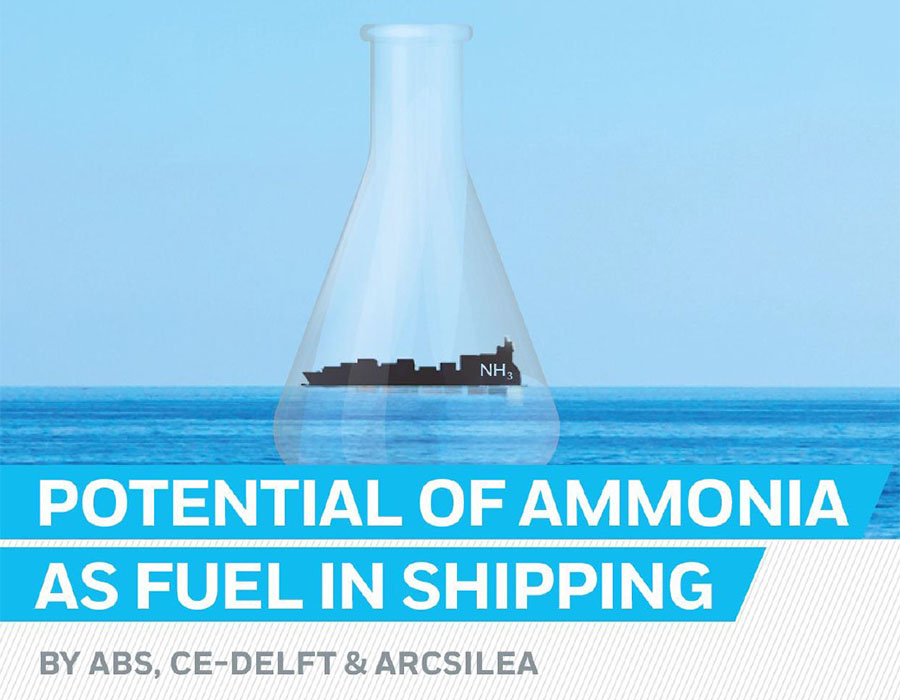 The ‘Potential of Ammonia as Fuel in Shipping’ study published by European Maritime Safety Agency (EMSA) on Thursday (6 October) found ammonia (NH3) to be a potential long-term bunker fuel for the shipping industry.

The study was conducted by the American Bureau of Shipping (ABS), CE-Delft, and Arcsilea.

It found the material could enter the market relatively quickly and offer a zero, or a near-zero, carbon solution (on a tank-to-wake basis and in some cases on a well-to-wake basis) irrespective of the origin of the fuel, it said.

While there is little recent marine experience with using ammonia as a fuel – and some of the key machinery technologies (such as engines) are under development – extensive land-based experience with the production and use of ammonia for the petrochemical and fertiliser industries forms a sound basis for increasing its use as a marine fuel.

Experience with the carriage of ammonia in liquefied-gas carriers – and the specific requirements for storage, distribution, personal protective equipment (PPE), etc.  in the International Code of the Construction and Equipment of Ships Carrying Liquefied Gases in Bulk (IGC Code) – provide some of the statutory requirements to guide its application on ammonia-fuelled ships.

However, the toxicity challenges and related risks are significant and, while manageable, they will add complexity to ship designs (compared to those for conventional and other low-flashpoint fuels and gases) and will potentially limit the ships for which it is a suitable fuel.

Ammonia ultimately may prove to be a more appropriate solution for deep-sea cargo ships rather than short-sea, passenger or inland waterway craft.

By examining the current production capacity for ammonia, the existing regulatory landscape, fuel storage options, supply and power generation technologies – along with techno-economic analyses and risk-based case studies – the study has identified the key challenges for adopting ammonia as fuel.

It has also identified a number of advantages that ammonia would have over other low-flashpoint fuels or gases, technology and regulatory gaps that would prevent its immediate application, and some incentives that would encourage its adoption.

Note: The full study ‘Potential of Ammonia as Fuel in Shipping’ is available for download here.