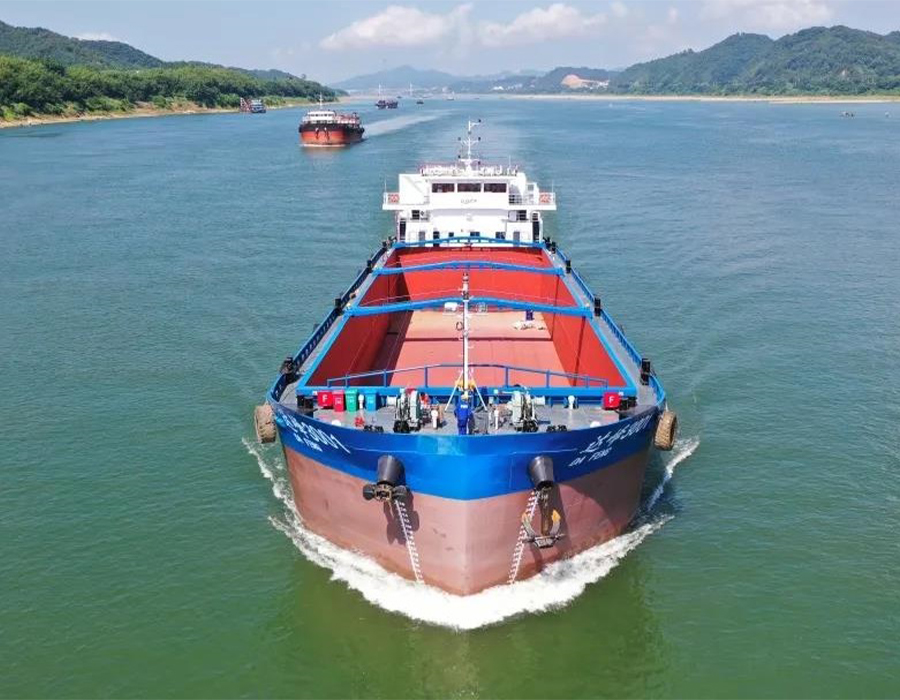 The first two LNG single-fuelled vessels started operations on 2 November this year; they are designed by CSSC and operated under Guangzhou Ships.

CSSC said the bunkering operation was completed at the CNOOC Huangpu Refueling Station in Zhongshan. A total of 14 tons of LNG was bunkered in 90 minutes; the speed was equivalent to diesel filling time. CSSC noted that each ship will be able to sail 800 nautical miles, or about 12 days, after being filled with 10 tons of LNG. Wang Si, General Manager of CNOOC Guangdong Green Transportation Project Group, said the group is expected to build three skid-mounted stations before the end of 2021, which will be operational before the end of March 2022.

During the 14th Five-Year Plan period, the group will strive to build and operate 15 LNG bunkering stations.

Through the implementation of the Green Pearl River project, the demand for LNG for domestic vessels in Guangdong Province will exceed 400,000 tons per year.

The development team will target the commercialisation of electric-powered merchant vessels that adopt world-class propulsion systems at competitive prices, it said.