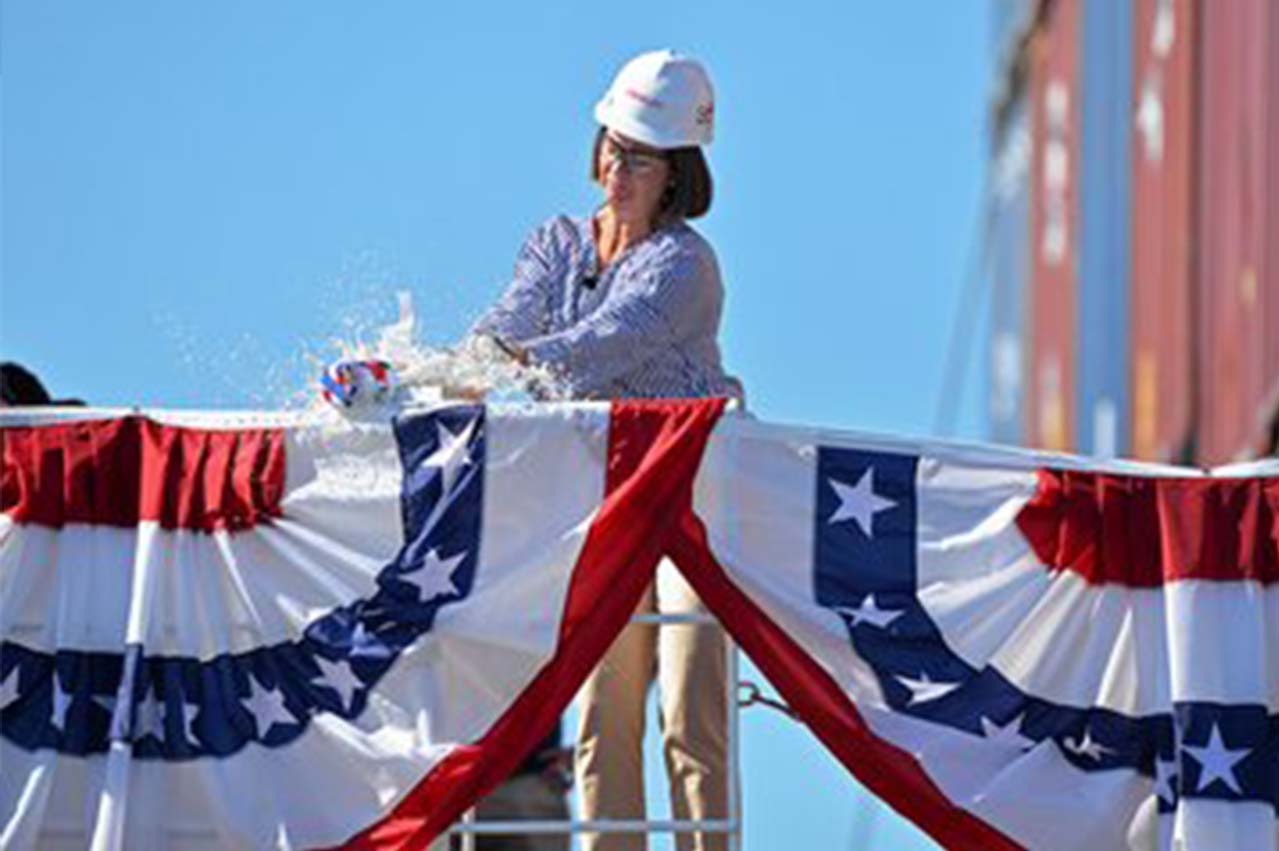 Jacksonville-based Crowley Maritime Corp. on Saturday (20 October) christened its Commitment Class combination container/roll on-roll off ship El Coquí, which is among the first of its kind to be powered by liquefied natural gas (LNG).

“It’s a culmination of many, many years of hard work, many, many years of transition for this company,” said Chairman and CEO Tom Crowley, who applauded the company’s employees and partners for their success designing, constructing and operating the ship.

“It’s remarkable to see the transition. Whether it’s going from Ro/Ro to Lo/Lo, the LNG fuel, putting a car house on the back of a container ship, you name it, you go through the transition of what we did to build a ship and create a supply chain that nobody else can match. And it’s here today.”

The ship can accommodate containers in a wide range of sizes and types – including 53-foot by 102-inch-wide, high-capacity containers and refrigerated containers. Within the ship is an enclosed, ventilated and weather-tight Ro/Ro deck that can protectively carry cars and larger vehicles. This type of shipboard garage is offered exclusively by Crowley in the trade.

The ship is the first of two vessels built as part of Crowley’s Commitment Class project. Her sister ship Taíno is in the final phases of construction and testing at VT Halter Marine’s shipyard in Pascagoula, Miss. She is expected to be delivered later this year.

Crowley Board of Directors Member Christine Crowley, spouse of Chairman and CEO Tom Crowley, served as sponsor performing the time-honored tradition of breaking a champagne bottle over the hull of the 720-foot vessel at the JAXPORT Cruise Terminal in Jacksonville, Fla.

“El Coqui represents not just the $3 billion investment that Crowley has made in this industry in recent years, it really is the future of the maritime industry itself,” Gray said.

“The vessel is powered by liquefied natural gas … it’s the cleanest fossil fuel available. It will serve as a shining example of the technological innovation that’s going to allow this industry to remain a global leader for decades to come.”

The American Bureau of Shipping has been selected to class Singapore’s first LNG bunker barge.