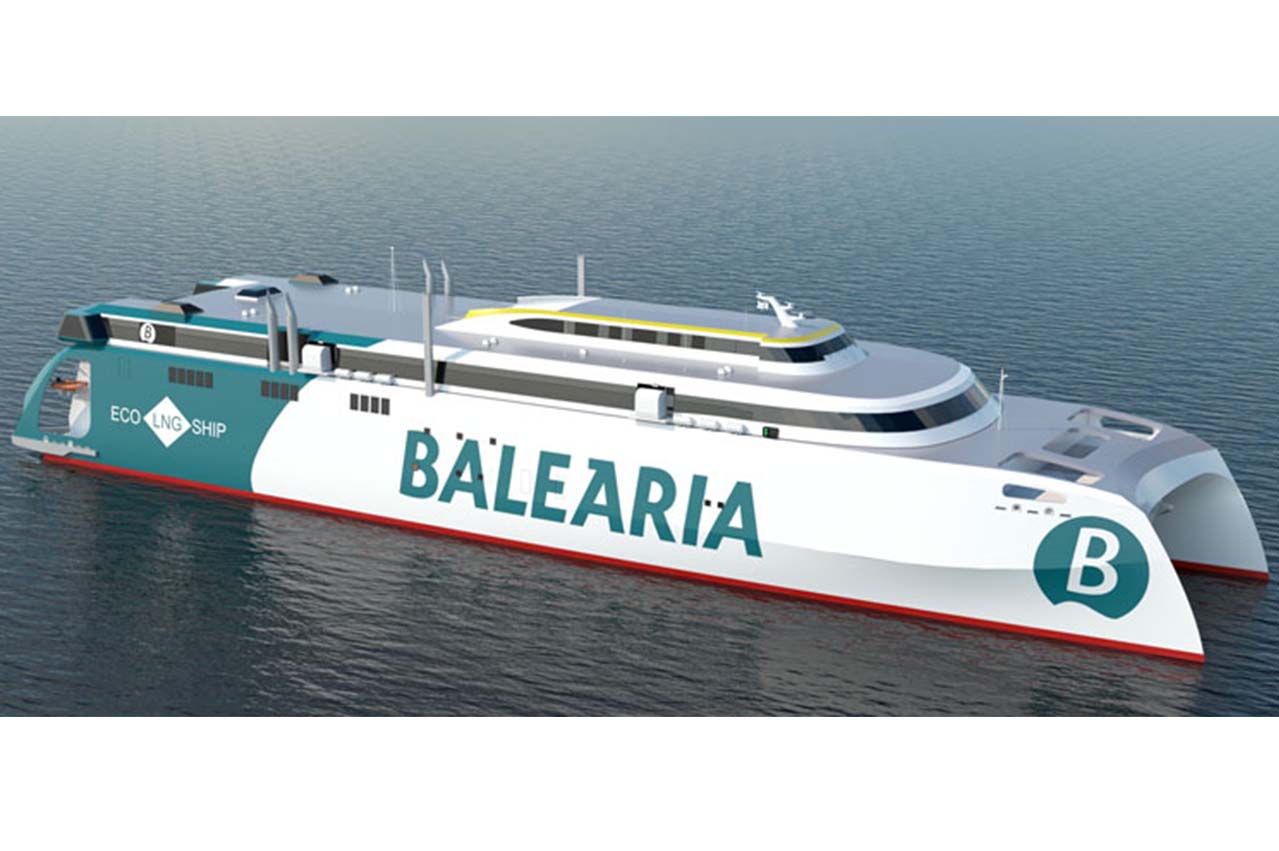 Shipping company Baleària has ordered the construction of the world's first fast ferry for passengers and cargo powered by dual liquefied natural gas (LNG) engines from the Armon de Gijón shipyard in Spain.

The vessel will be powered by four dual Wartsilä LNG / GO engines of 8800 kW each, which will allow it to reach a service speed of 35 knots and a maximum speed of more than 40 knots.

In addition, it will have two tanks to store LNG with a range of 400 nautical miles.

Baleària will invest 90 million euros in the construction of this fast ferry, which is scheduled to start the aluminium cut next December and to enter into service in the summer of 2020.

Baleària, meanwhile, is also finalising the construction of the first two smart ships with LNG engines that will sail in the Mediterranean. It is planned that the Hypatia of Alexandria will start operating at the beginning of next year and the Marie Curie a few months later.

In addition, this autumn the first of a total of six vessels in the fleet will be retrofitted with LNG engines. The European Union has recently described this project, which will be carried out over the next two years, as ‘excellent’ and has awarded Baleària a grant of about 12 million euros, on a total investment of 72 million euros.

Baleària plans to have, in the next three years, at least half of its fleet of ferries sailing on LNG fuel, and reach one hundred percent of the fleet within a period of ten years.