The following article published by Manifold Times on 27 June was sourced from China’s domestic market through a local correspondent. An online translation service was used in the production of the current editorial piece:

The retrofitted Minsheng left the Ro-Ro terminal of Orchard port, the largest inland river hub port in China, after it was fully loaded with commercial vehicles.

Most ships on the Yangtze River presently use diesel fuel for power leading to ship exhaust gas such as nitrogen oxides, sulphur oxides, carbon oxides and particulate matter becoming a source of air pollution.

With widespread attention for the use of LNG as a clean energy source, China has issued a series of specifications and regulations on the design, construction, installation, and inspection of LNG fuel-powered ships. 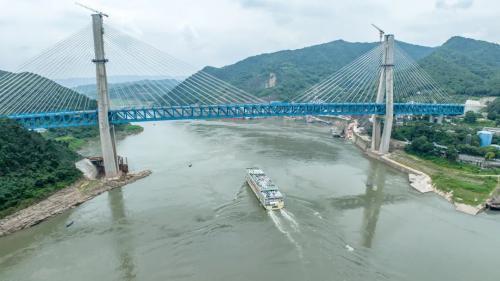