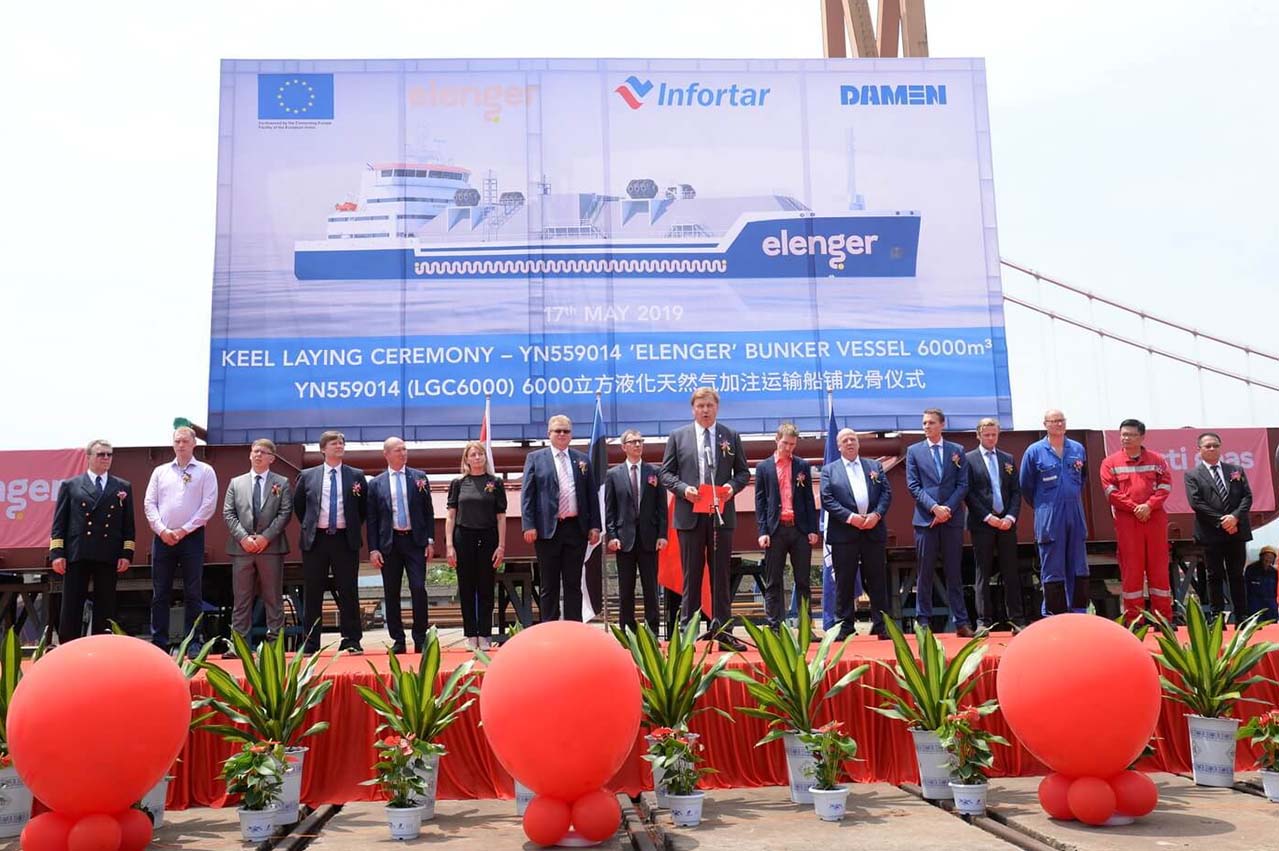 A keel-laying ceremony for the 6,000 cubic metre (m3) liquefied natural gas (LNG) bunker tanker was held at Damen Yichang Shipyard in China for the new energy brand Elenger, formerly known as Eesti Gaas, during May.

The event was attended by Ain Hanschmidt, Chairman of the Advisory Board of Elenger and CEO of its parent company Infortar, together with a group of senior colleagues from both companies.

The ceremony included the Dutch tradition of welding of three coins on to the first section of the keel to give the vessel good luck.

With a 6,000m³ capacity, the new vessel will play a vital role facilitating the adoption of LNG by providing an efficient ship-to-ship distribution service for all kinds of LNG vessels in the Baltic region, says Damen Shipyard.

Following sea trials in the spring of 2020, the ship will arrive in Estonia next summer and will start serving LNG clients in the autumn, carrying out bunker activities at designated locations both in and outside ports.

Construction of the LNG bunker tanker started in March.

Cryogenic spray foam insulation can be used on LNG tanks of bunkering barges and gas-fuelled vessels.