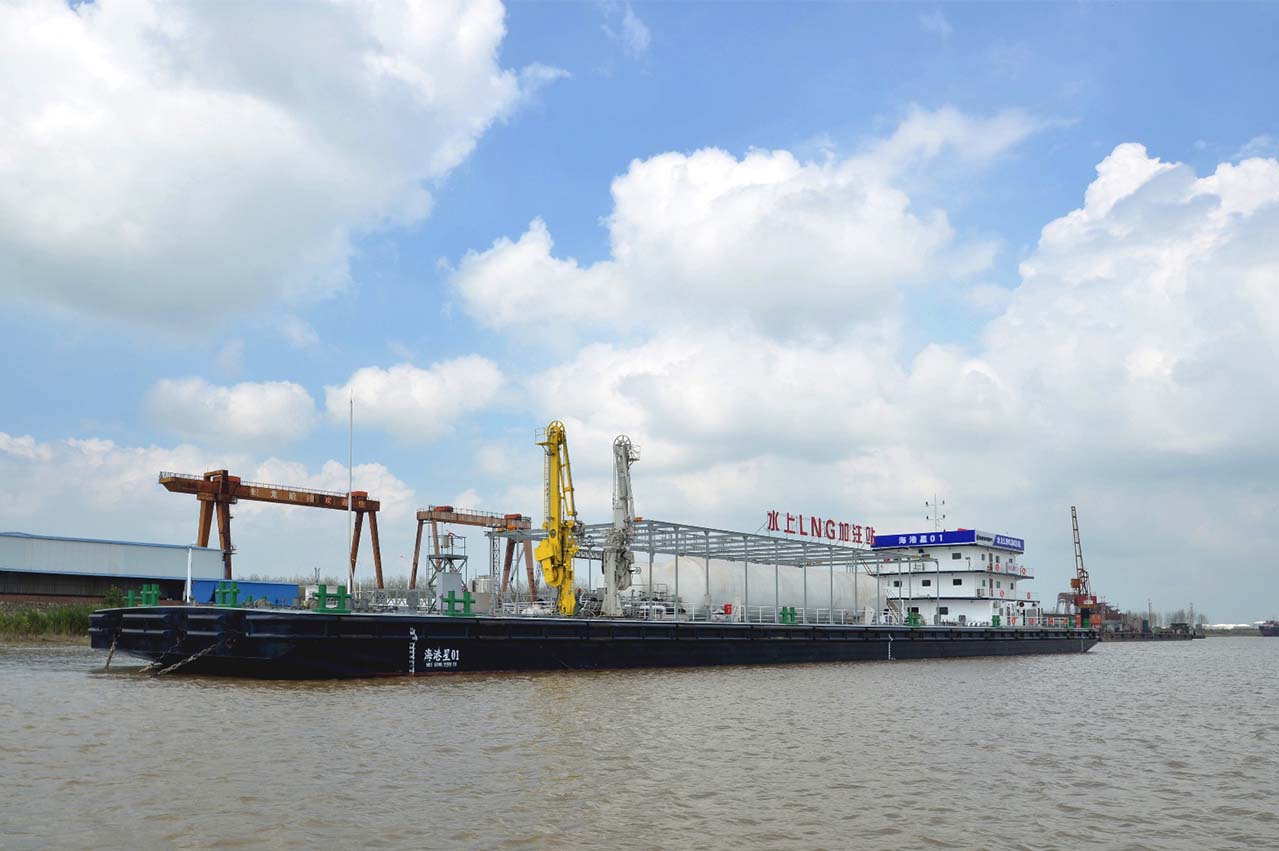 China has made “incredible progress” in the field of liquefied natural gas (LNG) vessel construction and the use of LNG as a marine fuel within the past decade, says the General Manager of China Classification Society (CCS) Singapore Branch.

“The past ten years saw more than 20 LNG carriers of various sizes and more than 200 LNG-fuelled ships sailing out of Chinese yards.

According to Jiang, a total of more than 400 LNG-fuelled ships are either currently in operation or confirmed in the global orderbook as of October 2018.

“China’s government is always proactive in promoting the application of LNG as a marine fuel while encouraging the industry to carry out related R&D (research and development) projects,” he shares.

“China has already established a comprehensive regulatory and standard framework for waterborne LNG application, from LNG production at sea, LNG transportation, distribution, bunkering and as a marine fuel.

“Further, the country has its own gas engine manufacturer, tank providers, fuel gas supply system suppliers, and thousands of experts and factories in the marine LNG field to support the national gas ecosystem.”

As of this June, China has 280 LNG-fuelled ships in operation (including newbuildings and retrofitted vessels), and 19 LNG bunkering stations including onshore refuelling facilities and floating bunkering pontoons located mostly along Yangtze River, Pearl River and the Beijing-Hangzhou Grand canal, notes Jiang.

The China Ministry of Transport has also set a national plan to have more than 10% newbuild river and river-to-sea commercial ships, and more than 15% newbuild public service ships, including China Maritime Safety Administration enforcement ships and patrol boats, to consume LNG as a fuel by 2025.

To support the plan, it will establish a preliminary LNG bunkering network by 2020 to support future LNG-powered ships.

The 8,500 m3 ENN Group bunkering vessel is the largest to use type ‘C’ LNG tanks when compared to existing LNG bunkering tankers (using similar tank systems) such as Babcock Schulte Energy’s 7,500 m3 Kairos delivered on Oct 25, 2018 and Shell’s 6,500 m3 capacity Cardissa which entered into operations since 2017.

“The design, fabrication, testing and inspection of type ‘C’ LNG tank is very mature in China and the cost of such tanks is much lower than other types such as a membrane tank or type ‘B’ tank,” explains Jiang.

“Besides easier installation, a type ‘C’ tank is able to hold the boil-off gas (BOG) pressure without additional treatment systems or equipment for the bunkering vessel.”

Apart from bunkering, the multi-function ENN Group vessel will be able to provide LNG carrier precooling and gas-testing services to LNG carriers and large LNG-fuelled ships; it will also be equipped with an onboard gas combustion unit (GCU) to treat the possible excessive gas (e.g. return from the LNG-fuelled ships) or excessive BOG in its own tanks.

“To reduce the waste of BOG while ensuring high manoeuvrability, the LNG bunkering tanker will be equipped with a dual fuel engine with controllable pitch propeller (CPP),” he adds.

“As a reliable mooring system is vital to a bunkering vessel, an optimized system for ship-to-ship mooring will be adopted for this vessel.”

The ENN Group LNG bunkering tanker is scheduled for delivery in 2020; it will support LNG operations at a newly opened Zhoushan LNG import and distribution terminal in China’s eastern Zhejiang province, and complement LNG bunkering operations at Zhoushan port when delivered.

Tax likely lead to an increase in emissions of climate gases, NOX, sulphur and particulate matter.

AiP is the result of a joint project between DNV and HMD to develop a highly efficient, reliable feeder vessel to respond to the European shortsea container market.