Case study for onboard safety meeting: Importance Of checking BDN before signing 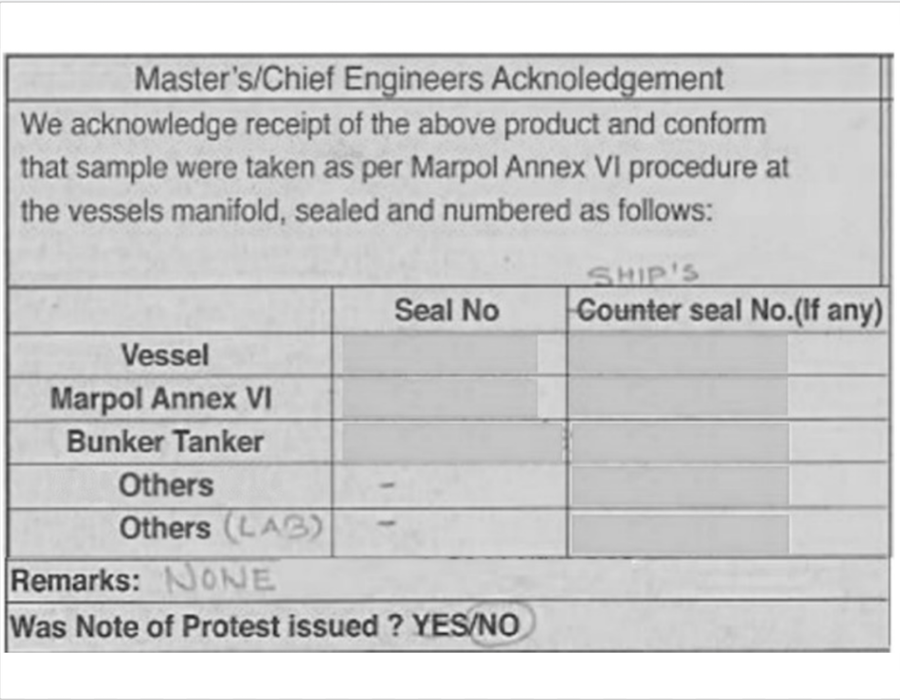 Norwegian maritime insurance company Gard on Wednesday (16 September) published a case study to illustrate the importance of shipping crew to read bunker delivery notes (BDNs) before signing them off to ensure the sample is truly representative of the fuel being bunkered:

Please read the below description of an incident. Keeping your company’s standards and vessel procedures in mind while reading to compare with the actions of the crew below. We will discuss the factors which led to the incident occurring and how to avoid it happening on our vessel.

Vessel had bunkered a few thousand tons of VLSFO at its last port. A few days after departure, analysis results were sent to the vessel by the testing laboratory and the fuel seemed to be on spec for all ISO 8217, table 2 parameters except for Total Sediment Potential (TSP). The result for TSP was 0.15% whereas the maximum limit in table 2 was 0.10%. The vessel operator’s technical department advised the vessel to consume this batch of bunkers and report any operational difficulties faced. Some technical guidelines on operational adjustments to be made were also given to the crew. Within hours of starting to consume the new batch of bunkers, the vessel experienced excessive purifier sludging.

Charterers were informed and they agreed to test the ‘vessel’ sample whose seal number was mentioned in the Bunker Delivery Note (BDN). Owners did not see any reason to object as they thought the samples were taken at the receiving ship’s manifold. The vessel was instructed to land the sample at the next port. The Master acknowledged the message and asked the office in return if the vessel should also land its own samples at the same time since the samples mentioned in the BDN were taken at the bunker barge’s manifold and not their own ship. Owners informed charterers of this as they were now concerned that the samples from bunker barge may not be representative of the fuel bunkered.

Charterers expressed their dissatisfaction as the information provided on the BDN did not reflect what the crew or the owners were saying. Charterers independently went ahead with the testing of the ‘vessel’ sample mentioned in the BDN. The result for TSP was 0.10% and therefore on spec. Under the charterparty, this test result was binding on owners.

To avoid a repeat of this incident, owners investigated the practice of signing BDNs across their fleet. The main findings from their investigation were:

HOW TO IMPROVE BY LESSONS LEARNT

Based on the case and the keywords, you should now perform an onboard risk assessment of the incident and the factors which led to it. Bear in mind your vessel’s procedures. You can also discuss the keywords below in order to determine onboard areas/topics for increased awareness:

The full version of the case study can be obtained here. 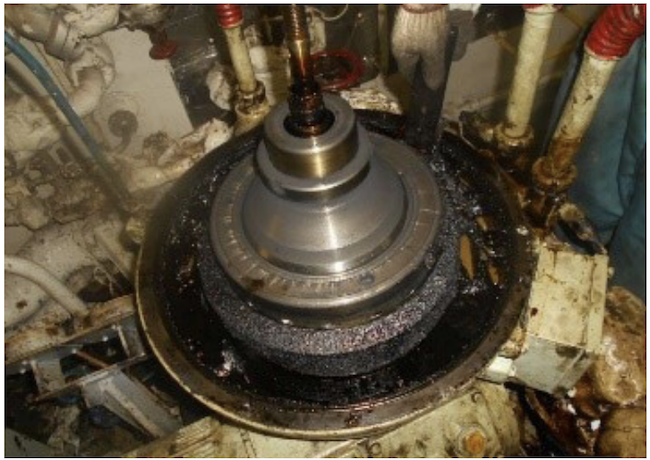