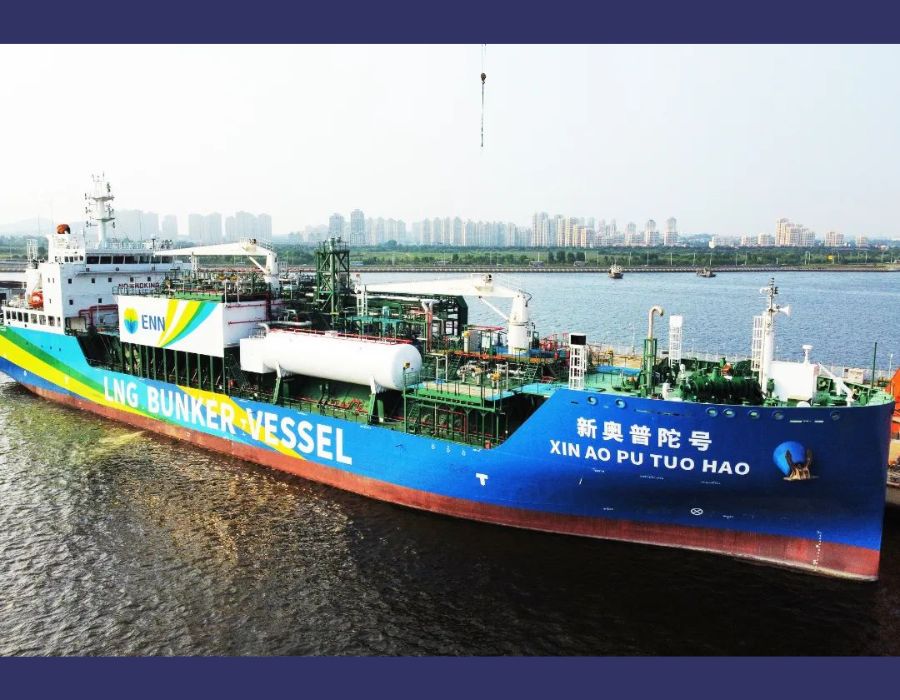 The ship is said to also be the world’s largest LNG bunkering vessel equipped with a type-C tank and it is China’s first seagoing LNG bunker vessel as well as the first vessel of its kind built and owned by Chinese companies.

Xin Ao Pu Tuo Hao successfully refuelled the containership, which was not named by the Chinese media, with 7,000 cubic metres of LNG bunker fuel, marking the first LNG bunkering of an international vessel in Shenzhen.

Qin Weizhong, deputy secretary of the Shenzhen Municipal Party Committee and mayor, attended the ceremony while the media witnessed the bunkering operation.

With the bunkering operation, Shenzhen Port has thus become the fourth hub port in the world and the first hub port in South China to have LNG bunkering service capabilities after Singapore Port, Rotterdam Port, and Shanghai Port.

It is also an important step for Shenzhen to promote the development of green shipping and build an international bonded fuel bunkering centre.

‘Due to certain conditions in the contracts not being fulfilled by the counterparty, the contracts have become null and void,’ says Seaspan, adding it has notified relevant parties.

‘By 2050, the IMO wants GHG to fall by 50%, however these targets have not been backed by concrete measures. Time is pressing – 2050 is just a ship-generation away,’ it said.