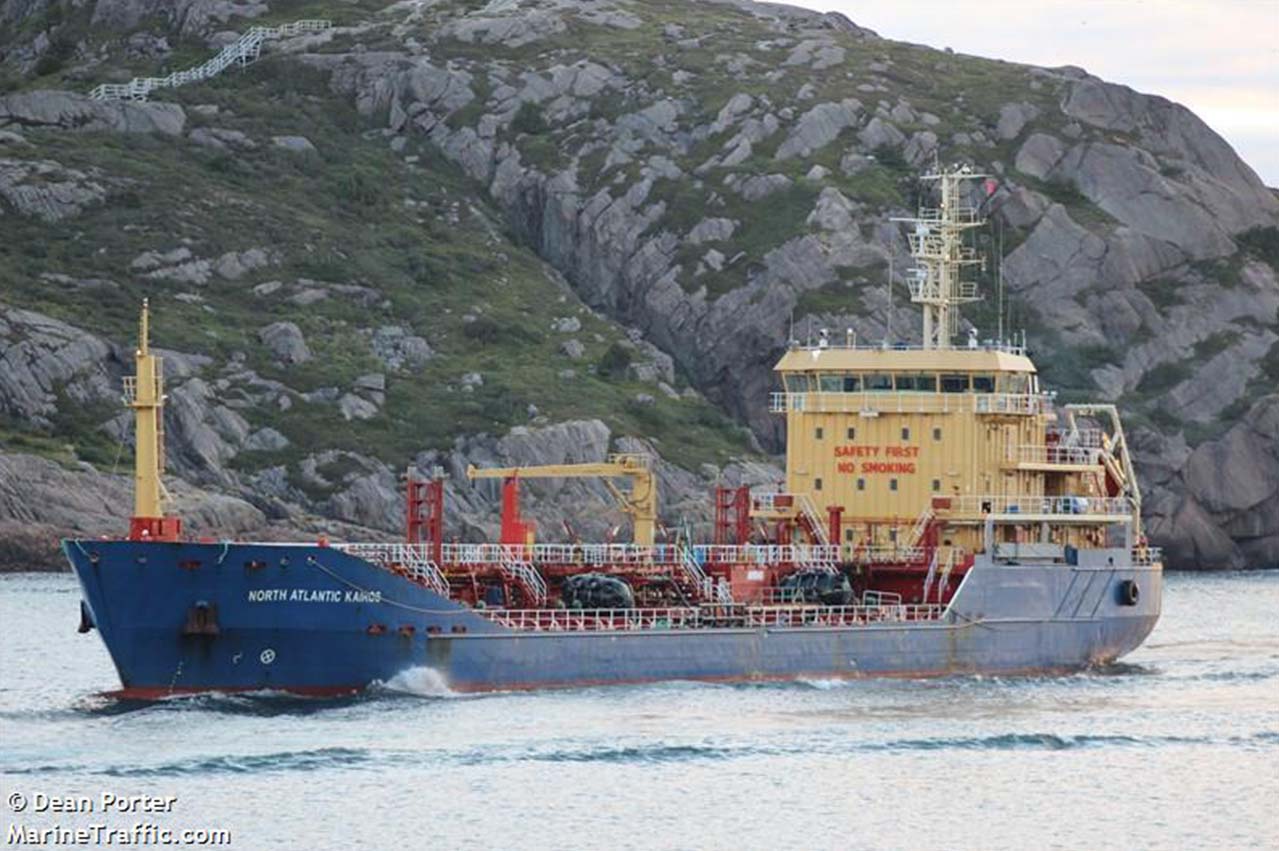 The Canadian Coast Guard and Transport Canada are currently investigating an oil spill from the North Atlantic Kairos (IMO 9373943) at the Port Aux Basques harbour in Canada, reports CBC.

North Atlantic Refining, which operates the vessel, confirmed the leak was discovered “at the same time as the North Atlantic Kairos was in the process of delivering product to a Marine Atlantic tank.”

The amount of oil spilled was not available, but the company said it will provide updates as they come.

The North Atlantic Kairos is still at Port aux Basques on Tuesday, according to the MarineTraffic website.

Currently, having different verification measures for MARPOL delivered samples versus in-use, on board samples might cause unintended confusion and conflict, said IBIA.

Lloyd’s Register: Decarbonising shipping – could ammonia be the bunker fuel of the future?

Discusses potential of ammonia as a fuel for shipping, looking at how it could reduce or eliminate emissions of CO2, the main GHG associated with fossil fuels.

‘Disappointing that government has not recognised it is cleaner to move goods by sea rather than by rail, air or road.’