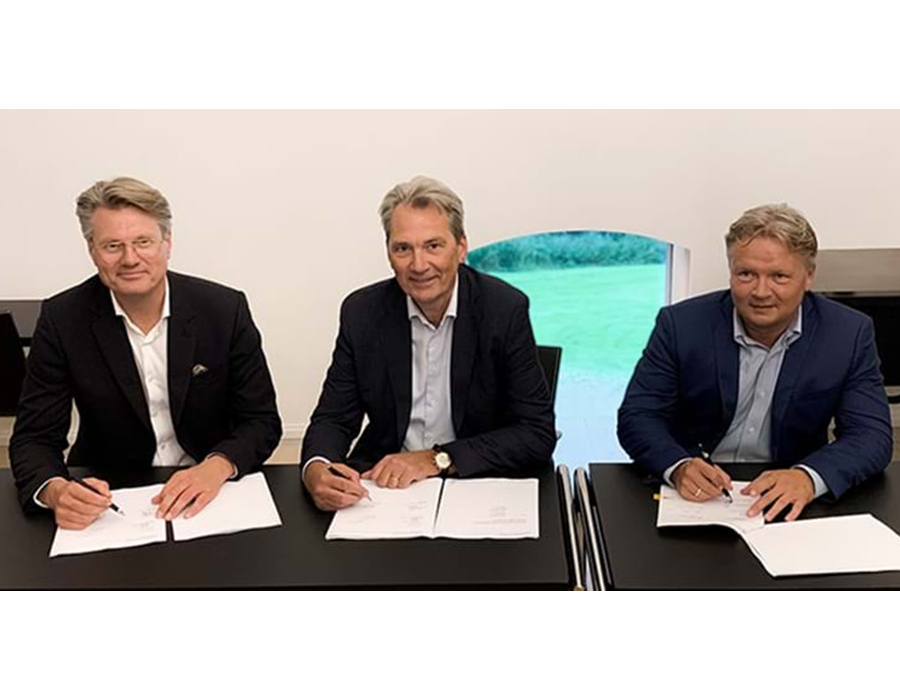 Bunker One will offer LBG/LNG to the maritime sector from the shores of northern Denmark, where 60,000 to 100,000 vessels pass every year.

Makeen Energy already operates several LNG/LBG bunkering solutions, including a solution for the Samsoe Ferry, located in Hou and a coming refueling station for trucks in Padborg.

The NORDLIQ-plant in Frederikshavn plant will initially be able to produce 20,.000 tonnes of LBG every year. The completely CO2-neutral fuel is already in heavy demand by the shipping industry, but has until now not been produced in Denmark, meaning that current supply is unreliable and transportation times and costs high.

“Liquefied biogas is a cornerstone green fuel of the future. We’re very proud to lead this project in collaboration with Nature Energy, and happy to be able to offer a responsible and effective solution for the transformation of the transport sector at this important time,” says Bo Larsen, CCO in MAKEEN Energy.

Between 60,000 and 100,.000 ships pass Frederikshavn Harbour every year, and one of the central buyers of the liquified gas will be Bunker One, who in collaboration with NORDLIQ will handle sales and marketing to the shipping industry.

”We’re extremely proud to get the possibility to offer the maritime sector a danish-produced product that we see a rapidly growing demand for – a demand that has never been higher,” states Peter Zachariassen, CEO in Bunker One.

The liquefaction process is one of MAKEEN Energy’s core competencies. By cooling natural or biogas to -162 degrees, the gas condenses 600 times and becomes liquefied, making the gas practical to handle and economically profitable as a bunkering solution for ships or as fuel for trucks.

LBG is gaining ground rapidly around the world as a fuel of the future and is already in steady use in countries like Sweden, Norway, and Germany. The NORDLIQ plant will enable Denmark to join this trend, and the strategic placement of the plant in Frederikshavn will enable a reliable supply of liquefied gas to Scandinavia and northern Germany.

The plant will be connected directly to the Danish gas grid, which is projected by the Danish Climate Ministry to consist entirely of biogas by 2040. An option of expanding the initially planned production capacity of 20.000 tonnes/year is part of the project – the plant will be able to scale up and produce up to 120,000 tonnes of liquefied gas every year at a later stage.

TFR POC aims to serve as a secure central database for the banking industry to access records of trade transactions financed across banks in Singapore.

Shipowner has to monitor ship’s emissions and provide emissions data and calculations to charterer who considers the information available and transfers allowances to ship owner monthly.

MPMSB will function as the operating company to carry out Port Management Services at Labuan Port from 1 April 2020 onwards.