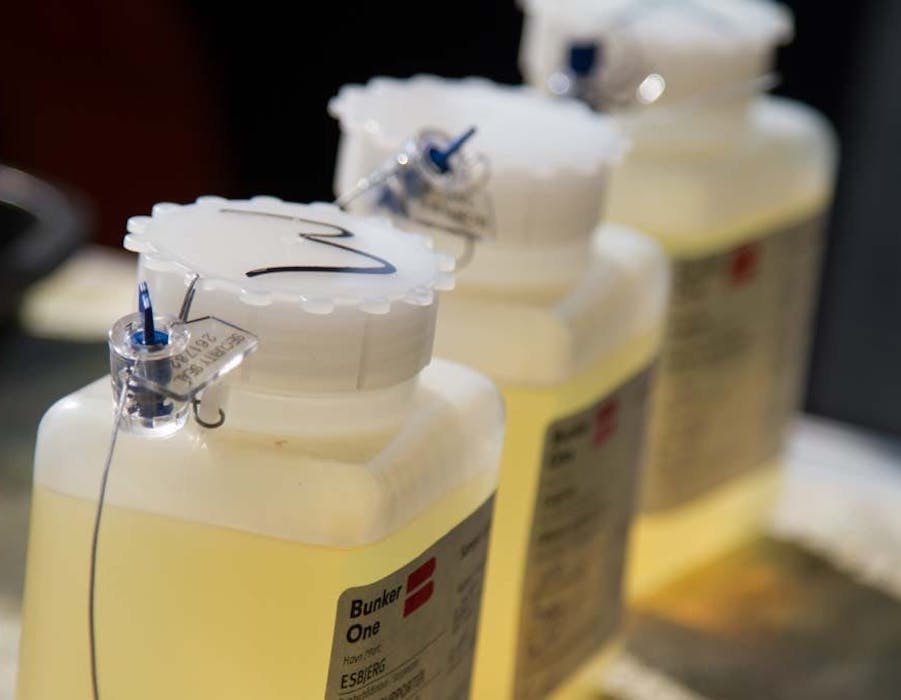 International physical bunker supply operations company Bunker One published an article sharing its experience working with IM0 2020 compliant fuel and how the industry handled any troubleshoots or interruptions; it was written by Steffen Kortegård, Technical Manager:

IMO 2020 was a major disruption for the entire bunker industry. With it came new challenges and some interesting changes in fuel behaviour. We look back on the disruption to see what problems it caused and how the industry handled the 2020 transition.

The transition from burning high sulphur fuels to low sulphur fuels went more smoothly than even the most optimistic engineer dared to predict.

The industry experienced basically no claims in late 2019 & early 2020. Only a few discussions on the reproducibility and repeatability of the sulphur limit as many fuels were blended very close to or spot on the limit. Blending spot on is, in theory, the best solution for suppliers. But in reality, most fuels are blended on the lower side, suggesting that many suppliers are cautious about going over the limit.

In Q1 we saw some issues with stability. There were apparently fuels in the market which were blended close to the limit of stability. If stability is defined by TSP/TSA =/< 0,1% they were stable at delivery, but not much longer than that. Typically for those fuels were relatively high TSP/TSA (>0,05%) and cleanliness tested to 3 or above. We believe those products were a result of an extraordinary and non-foreseen high demand of VLSFO’s, which caused some blenders to compromise on the paraffinic/aromatic ratio.

Some fuels revealed a new phenomenon with TSP testing higher than TSA. These fuels had TSA on spec, but TSP was much higher than ISO specified (0,1%). Those fuels are actually on spec, as TSP does not have to be tested, if TSA is within the limit of 0,1%. This phenomenon might create situations where doubtful suppliers could reject claims on technicalities, even if the products were impossible or close to impossible to handle onboard the ships.

Fortunately, those fuels seem to have disappeared and we once again experience very few quality claims. We are also experiencing hardly any compatibility issues, maybe even fewer than pre 2020, which indicates that the very paraffinic products are absent in the market.

As predicted, the VLSFO’s present in the market are of very different quality. All complying with ISO 8217 and 0,5% sulphur but scattered from RMA to RMK residual quality. This means that the viscosity also varies a lot. However, we do not see VLSFO viscosities in the neighbourhood of gas oils lower limits of 2,5 cSt@40C – Be aware that VLSFO’s are defined with a viscosity measured @50C. and Gas Oils @40C.

We frequently get questions on viscosity and requirements for a minimum viscosity, and we have tried to understand why this is important for some owners. One owner’s answer: it was in relation to a vessel which had a non-working dumping condenser, causing them to use the fuel storage and system to control their surplus steam production. This is a valid point, but in general low viscosity products should not be of less quality than the higher viscosities. Of course, the density should be correspondingly low to fulfil the CCAI number (CCAI is the relation between viscosity and density.)

Please do not hesitate to contact us to get more comprehensive details and guidance for any of your fuel purchases. 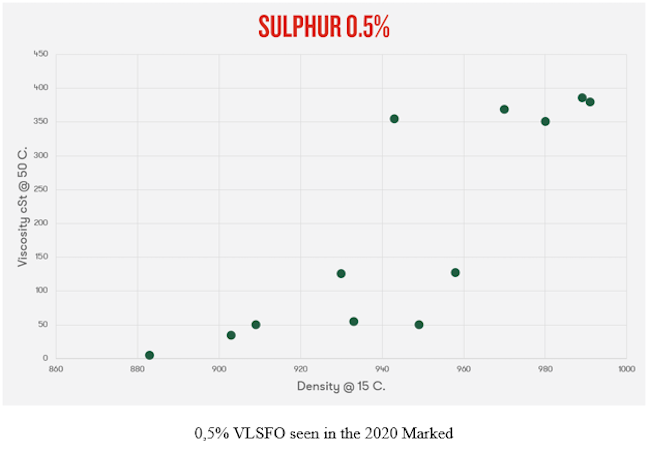 Lack of agreed standards for new bunker fuels could lead to serious compatibility and mechanical problems.