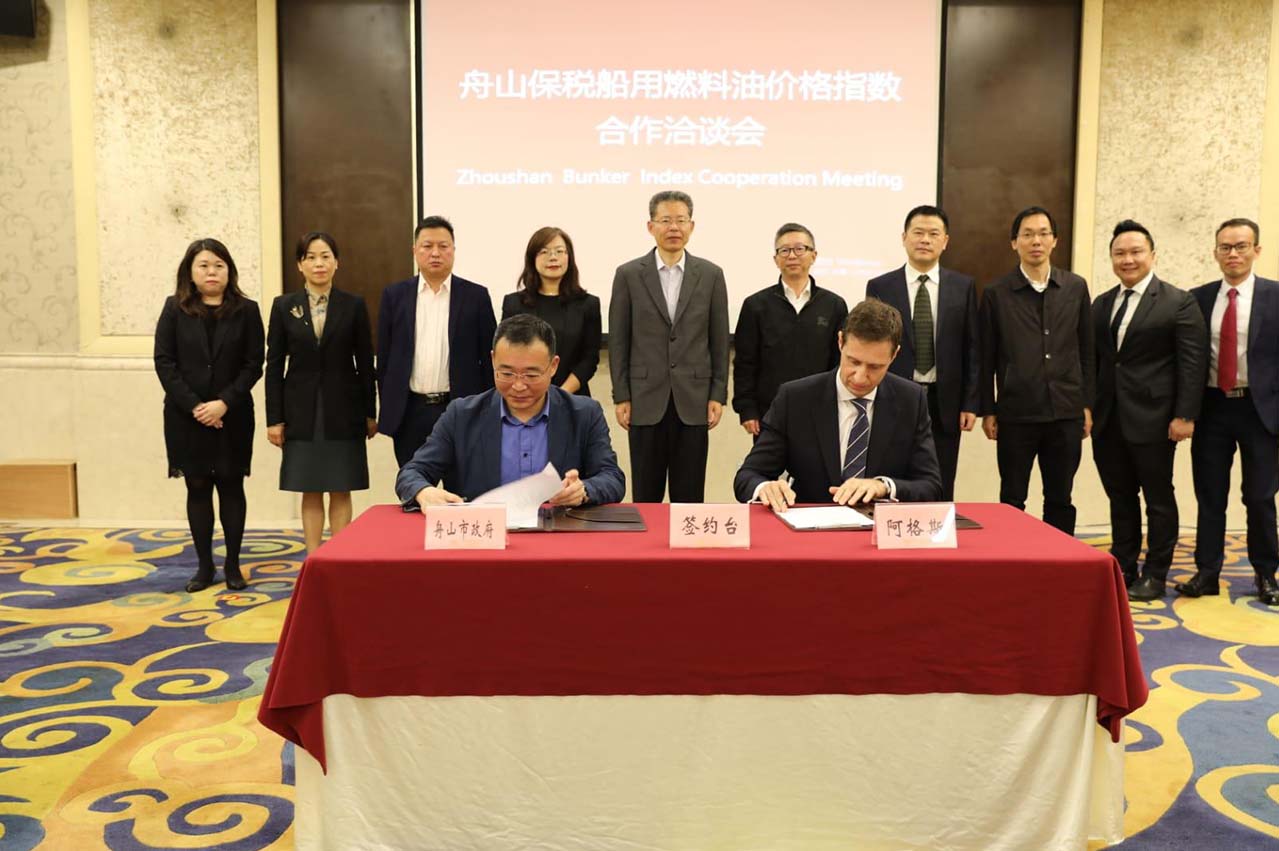 The Zhoushan city government and global energy and commodity price reporting agency Argus on Tuesday (30 April) signed an initial agreement to work together to bring further price transparency to the Zhoushan bunkering hub.

It is seeking to extend its coverage through the development of a new Zhoushan Bunker Index for low-sulphur fuel oil in response to the tighter sulphur specifications for marine fuel that the International Maritime Organisation is introducing at the beginning of next year.

According to Argus, the Zhoushan city government chose to work with the company owing to its international reputation as a commodity price reporting agency and its position as a leading provider of assessments for the port of Singapore, where companies submit daily transaction information to Argus for use in its bunker indexes.

Argus, in turn, chose to work with the Zhoushan city government because of Zhoushan’s strategic location, world-class infrastructure and free trade zone status, which combine to give Zhoushan a bright future in terms of growing bunker trade and as an important regional pricing and trading hub.

“Argus welcomes the opportunity to provide greater transparency to the port of Zhoushan and we hope that by providing independent, high-quality, bunker fuel assessments we can assist suppliers and shipowners to make well-informed business decisions,” said Argus Media Chairman and Chief Executive Adrian Binks.

Zhoushan lies within the Zhejiang free trade zone and has grown rapidly in recent years to become the biggest marine fuels hub in China and one of the top 10 ports globally for bunker sales. Marine fuel sales through Zhoushan were 3.5 million metric tonnes last year.

Argus Media: PetroChina, Sinopec to delist from US stock exchanges

Firms plan to file Form 25 around 29 August to formally delist from the NYSE based on the US Securities Exchange Act of 1934, with delisting to take place after ten days.

During the inauguration ceremony on Wednesday, the Crown Prince noted the emirate has become a key centre for energy resources, the oil industry and storage.

Zhoushan Free Zone Energy and Chemical Co., Ltd. was ranked amongst the last physical bunker suppliers at Zhoushan in 2018 and 2019; it recorded zero sales since 2020.