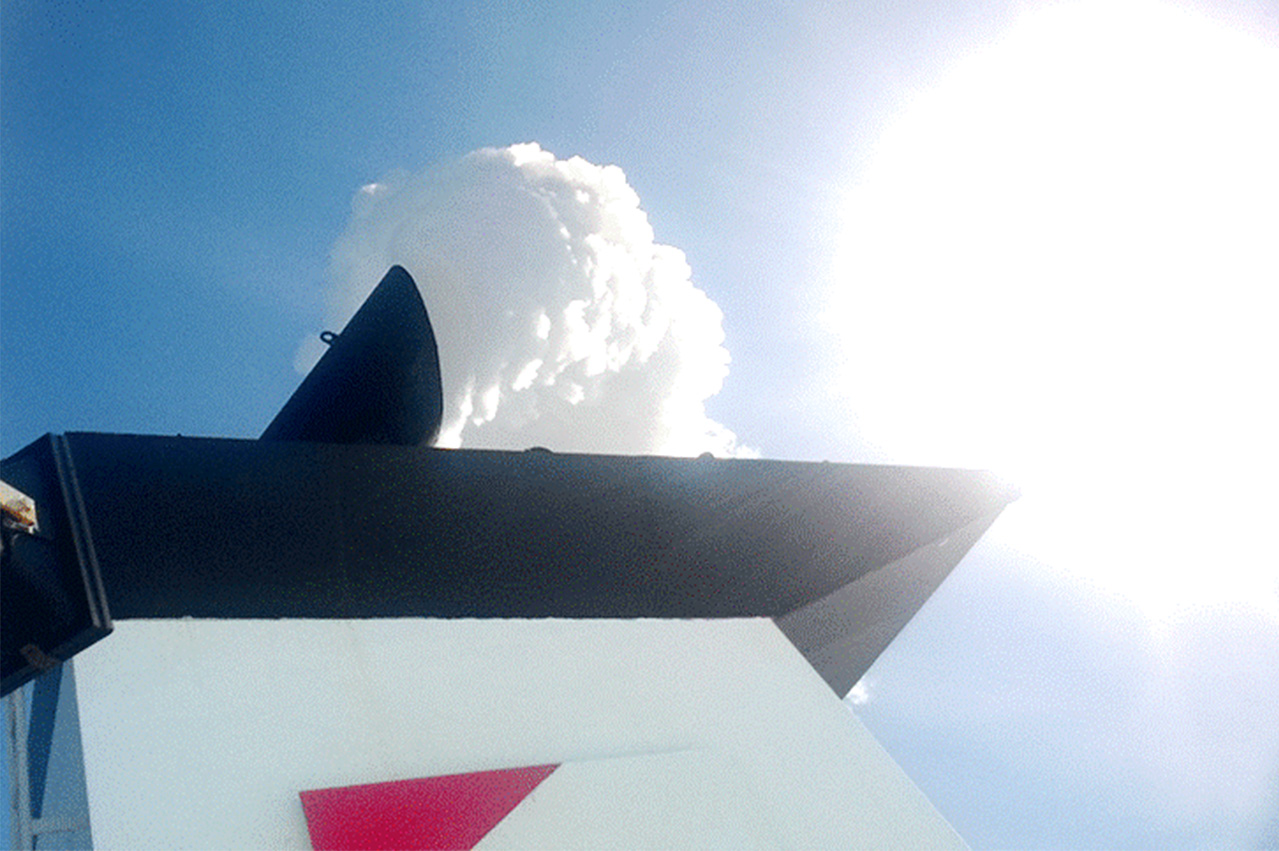 Finland-based scrubber manufacturer Langh Tech says the use of heavy fuel oil (HFO) with a scrubber remains the “sensible option” to meet the stricter sulphur limit of 0.5% coming 2020.

“Given the continued concern surrounding methane slip, LNG fuel could potentially be more environmentally hazardous than the current arrangement, while the direct and indirect costs associated with burning low sulphur fuels would have a considerable impact on the shipowners P+L [profit and loss],” says Langh Tech Managing Director Laura Langh-Lagerlof at an Amsterdam conference.

“The low viscosity, low lubricity, acidity, flashpoint and cylinder oil compatibility of these expensive fuels could also result in corrosion issues and other engine problems. With a scrubber, at least there’s a return on the investment.”

Referring to the practical and operational experience of the Langh Tech scrubber installations aboard Langh Ship’s fleet of five containerships, Langh-Lagerlof explained that scrubber technology is the only viable option in meeting the regulatory requirement.

An example is Langh Tech’s closed loop scrubber which removes sulphur oxides from HFO exhaust emissions without resulting in a corrosive wash water typical of other exhaust gas cleaning systems.

“With increasing concern about the corrosive properties of wash water corroding pipework, our lightweight, compact scrubber technology manages to extract almost all the water from the scrubber sludge, with the end result being simply a dry black waste that can be effortlessly and cost-effectively disposed off,” she said.

Some shipowners, meanwhile, are also using scrubbers to meet the approaching sulphur limit.

Independent commodity trading and logistics house Trafigura  in March says it is planning to install scrubbers on 32 newbuild oil and product tankers.

In the same month, Hyundai Samho Heavy Industries held a signing and naming ceremony for a scrubber-equipped VLCC, the first of two ships ordered by Greek shipowner Almi Tankers in August 2016.

IMO 2020: No call for ‘pragmatic enforcement’ during initial phase