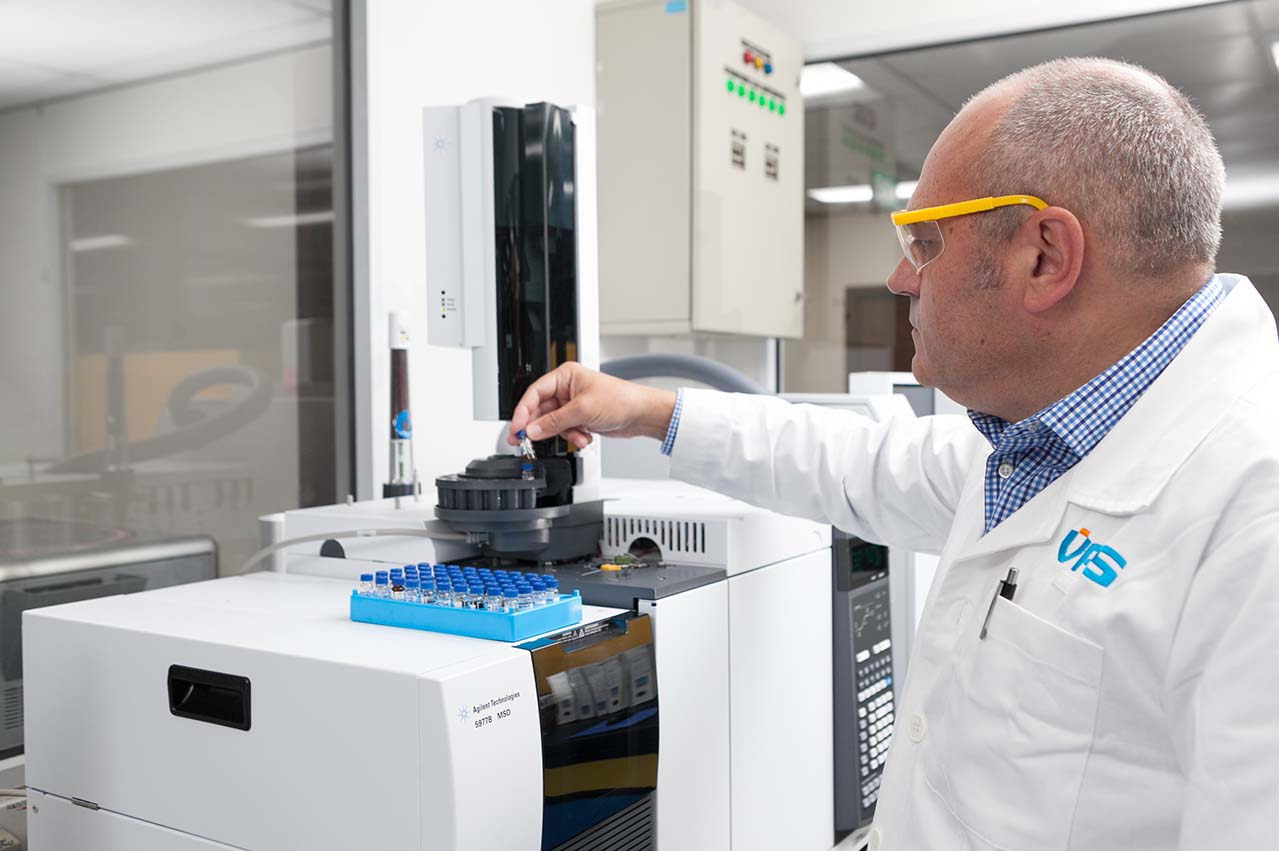 ASTM D7845-17, also known as the Standard Test Method for Determination of Chemical Species in Marine Fuel Oil by Multidimensional Gas Chromatography/Mass Spectrometry (GCMS), has been developed to quantify chemical species at low levels in marine fuels oils and cutter stocks. However, it seems there are certain limitations of this test method.

The test method ASTM D7845 lists 29 specific chemicals that may be detected and measured within the test method, and this is a good method when looking for these compounds. However, this is not an exhaustive list and does not cover how to handle any “unknowns” which may be present in the fuel sample.

Since there are literally thousands of possible organic contaminants that may be present in the fuel, the specific 29 chemicals named in the test method is a major limitation. Also, since 4-cumyl phenol is not amongst the 29 named chemicals, and this was the major compound we detected in the Houston fuel issue, this indicates another of the limitations of using this method. These limitations are the reason that VPS does not use this method.

ASTM D7845-17 uses direct injection onto a GCMS via a Deans valve-switching arrangement, whereby a sample is injected onto a pre-column prior to an analytical column, with the pre-column being back-flushed to remove heavy fuel oil components (as the only sample preparation prior to analysis). This valve-switching pre-column arrangement eliminates the higher boiling hydrocarbons in the fuel oil and can prevent high boiling chemicals from reaching the analytical column.

The D7845 method detects 4-isopropyl phenol (Boiling Point 212C), but not 4-cumyl phenol (Boiling Point 335C). The method lists 29 specific compounds that can be detected, which are quantified using Single Ion Monitoring (SIM). In order to apply SIM then the organic compound must be known prior to analysis (in order to identify the SIM mass number) and when dealing with problem fuel samples then this organic contaminant is not known, which is a limitation of the method.

It should be noted that the VPS Acid-Extraction GCMS method, transfers all acidic compounds from the fuel oil through extraction as a sample clean-up and extraction treatment prior to the sample being directly injected into the GCMS. This sample pre-treatment method eliminates all hydrocarbon compounds in the fuel oil since they are not acidic and do not enter the aqueous phase during extraction. The method is semi-quantitative and highly selective for acidic compounds such as carboxylic acids, phenols, etc. Also, the total acidic content in the fuel oil is quantitatively measured.

Related: Marine fuel quality: Where do we go from here?
Related: VPS Technical Focus: To GCMS, or not to GCMS – why does results take so much time?