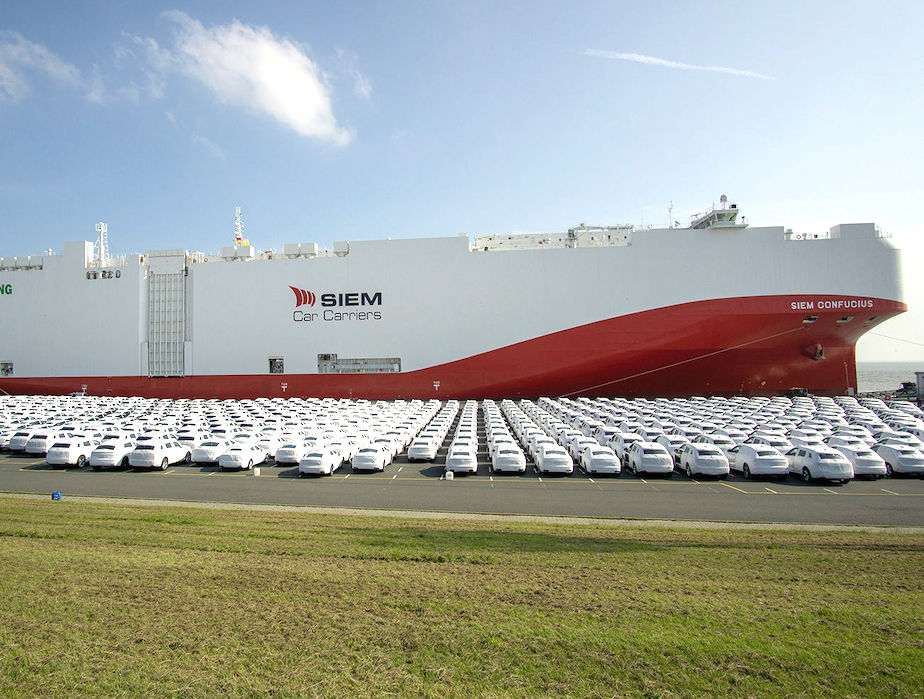 German vehicle manufacturer Volkswagen Group on Tuesday (16 June) said for the first time, its vehicles from Europe will be transported to North and Central America with a deep sea car carrier powered by liquified natural gas (LNG).

The Siem Confucius was loaded with more than 4,800 vehicles to be delivered to North America set sail from Emden towards Veracruz in the Gulf of Mexico on Tuesday evening, said Volkswagen.

More than 100 drivers navigated the new cars onto the decks, and each vehicle was scanned and secured with the most modern car lashing belts as seas can get rough in the North Atlantic.

“We are proud to put the world’s first LNG vehicle transporter of this size into service. This is an important part of our decarbonization strategy, “said Thomas Zernechel, Head of Volkswagen Konzernlogistik.

“For this plan to happen, we have to take action now because ships like Siem Confucius and sister ship Siem Aristotle go into service for many years.”

Volkswagen Group Logistics organizes, coordinates and is responsible for around 7,700 ship departures worldwide each year.

Eleven car carrier ships, two of which are now being replaced by the LNG units, are at sea for the company every day and 2.8 million new cars are shipped with them annually. 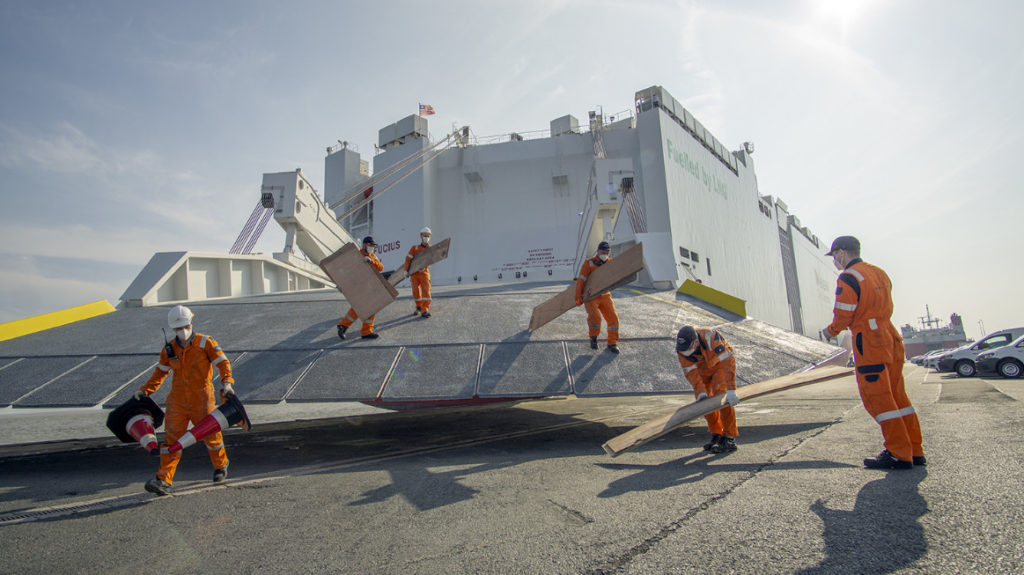 Discussions on adopting LNG as marine fuel in Europe took place at Piraeus port on Friday.

Dual-fuel engine is capable of running on LNG, diesel and HFO as well as other more sustainable fuels including biofuel blends and synthetic natural gas.

The Huelva-based Oizmendi is able to provide LNG marine fuel, in addition to fuel oil and diesel bunkers.