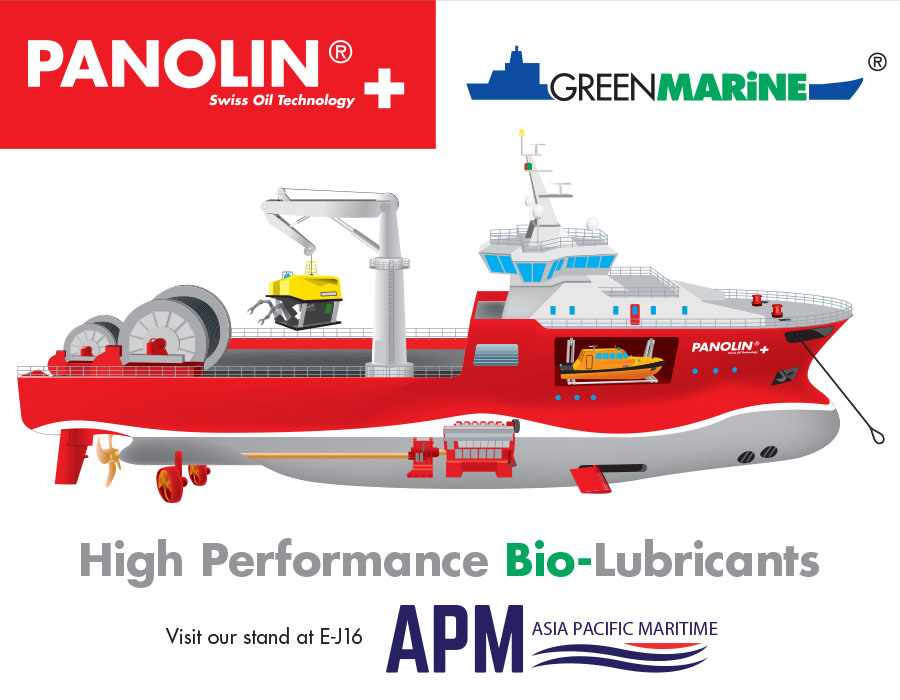 The following educational content on Environmentally Acceptable Lubricants (EALs) is the final of a two-part series initiated by Gealubes Consulting & Trading Pte Ltd, the authorised marine business distributor of the PANOLIN brand of EALs at Singapore port.

In this edition, Singapore-based Gealubes Sales Director Garren Hay shares with Manifold Times the role of EALs in today’s shipping industry and beyond under the upcoming U.S. EPA VIDA regulations.

MT: Which areas on a vessel should EALs be used and what regions in the world mandate the consumption of EALs?

GEALUBES: The use of EALs are required under the U.S. Environment Protection Agency (EPA) Vessel General Permit (VGP) issued in 2008 and reissued in 2013 under the Clean Water Act.

The Clean Water Act provided authority for discharges during the normal operation of non-recreational, non-Armed forces vessels that are 79 feet in length and above in waters of the United States, including inland waters and waters of the contiguous zone, extending out 12 miles from shore.

The VGP established effluent limits, sampling, inspection, reporting, recordkeeping and other requirements for 27 specific types of incidental discharges from vessels.

Under the VIDA/VGP context, vessels must use EALs in all oil-to-sea interfaces when within the waters of the United States territory.

These oil-to-sea interfaces include any mechanical or other equipment on board a vessel where seals or surfaces may release quantities of oil and are subject to immersion in water. The VGP specifically identifies several types of equipment that have the potential for lubrication discharges from oil-to-sea interface, including:

However, there is an upcoming vessel incidental discharge act (VIDA) which is currently being developed to replace VGP 2013 and maritime stakeholders should be aware of this even though there is no proposed timeframe for its implementation yet.

The new rule proposed by the U.S. EPA would reduce the environmental impact of discharges, such as ballast water, that are incidental to the normal operation of commercial vessels.

The new VIDA requirements will apply once EPA’s Vessel Incidental Discharge National Standards of Performance and the new USCG implementing regulations required under the VIDA are final, effective, and enforceable.

These proposed changes will have significant impact for the EAL market as some deck equipment that extends overboard will now be classed as an oil-to sea interface and therefore require the use of an EAL.

Such additional equipment that will be classed as an oil-to-sea interface include:

Note: GEALUBES & PANOLIN will be showcasing their latest products and innovations at the Asia Pacific Maritime in-person exhibition between 16 to 18 March 2022 in Singapore. Visit them at booth number E-J16 to learn more.

GEALUBES is the authorised marine business distributor for PANOLIN in Singapore. PANOLIN’s international headquarter is based in Madetswil, Switzerland.

PANOLIN’s EALs are available globally and its range of EAL products cover applications used within the marine, offshore and food industry.

NYK will acquire knowledge of the carbon credit creation business and aim to expand its business in Australia and other regions such as the United States.

According to MPA data, 4.12 million metric tonnes of various bunker fuels were sold at the port of Singapore in February; this is more than 3.87 million mt in February 2020.

Project will examine and quantify methane emissions from ships fuelled by LNG under a variety of real-world operating conditions at a scale never before achieved.