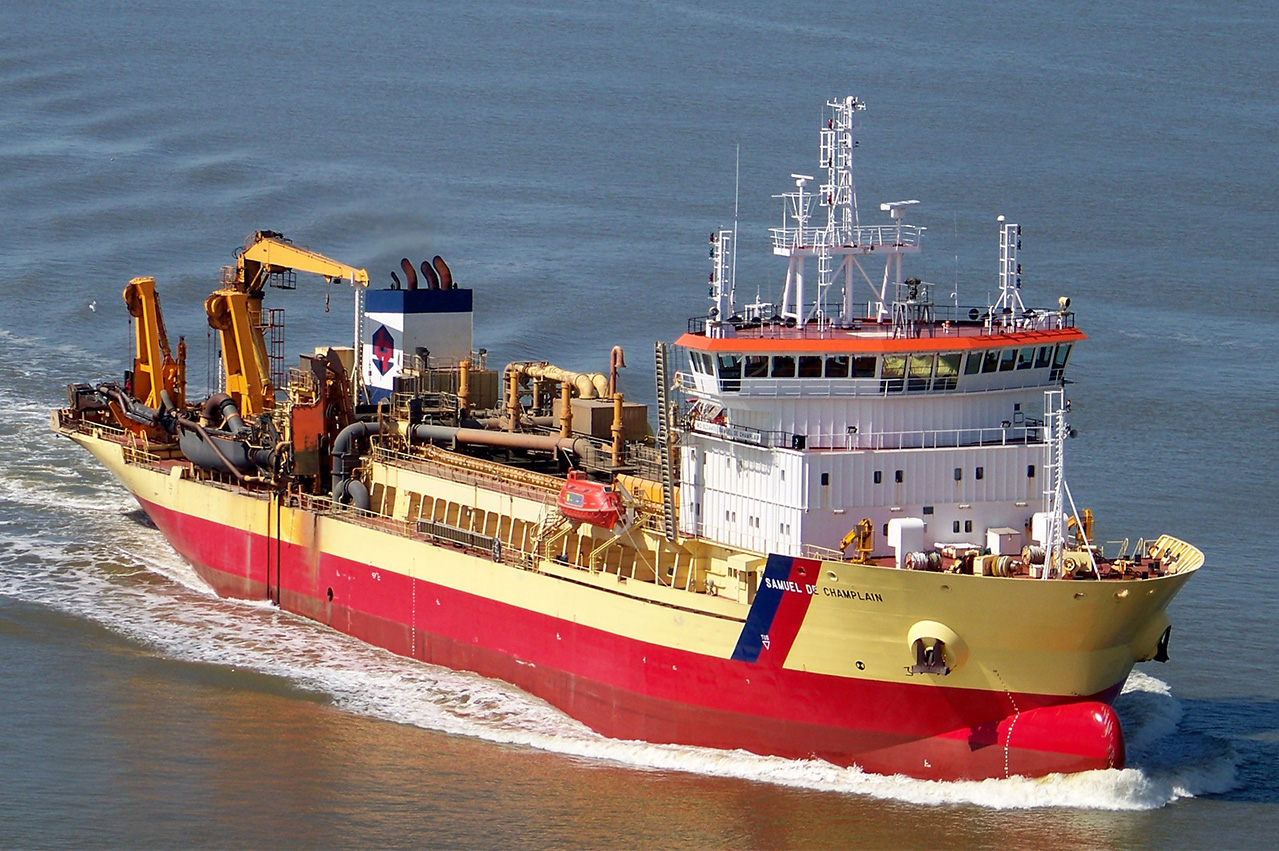 Operations to convert the Trailing Suction Hopper Dredger (TSHD) Samuel de Champlain to use liquefied natural gas (LNG) as a marine fuel is one step closer with electrical system integrator Alewijnse being awarded the contract for the electrical refit of the vessel.

The 117-metre, 8500m³ trailing suction hopper dredger is owned by GIE Dragages-Ports, based in Rouen, France and operated by the port of Nantes-Saint-Nazaire.

The vessel is to be converted from diesel-electric propulsion burning MGO to dual-fuel capability combining LNG and MGO – the conversion will be the first of its kind to take place on a dredger in Europe.

The 100-day conversion will include the change of generators to dual-fuel models and the installation of onboard LNG storage facilities; all taking place at Damen Shiprepair Dunkerque in the second half of 2018.

Alewijnse’s role in the operation will be to dismantle and remove the old equipment and cabling to prepare for upgrading of the power management system (PMS), alarm and monitoring system (IAS), and more.

“With the commission for the Samuel de Champlain, Alewijnse strengthens its already strong position in the LNG and dual-fuel market,” says the company.

“Earlier this year, the company supplied the complete electrical outfitting for the ground-breaking Bodewes LNG tanker BN803 Coralius, the first purpose-built LNG bunker and feeder vessel to be built in Europe.”

The conversion of the Samuel de Champlain is part of an EU-supported initiative to promote LNG propulsion in short-sea vessels operating along the European Atlantic coast, supported by funding from the European Commission’s Connecting Europe Facility programme.

The conversion of the Samuel de Champlain will demonstrate the feasibility of using LNG as a fuel on smaller vessels, and allow GIE Dragages-Ports to fulfil its mission of optimising costs via lower fuel bills and less engine maintenance, while at the same time delivering greatly reduced emissions of CO2.

GIE Dragages-Ports is an economic interest group that owns, maintains and charters out a fleet of seven dredgers to six key ports serving the French Atlantic coast plus Marseille in the Mediterranean. It is 50% owned by the seven ports and 50% by the French State.

Increasing adoption of LNG as a bunker fuel has led to more natural gas fuelled ships being construction with independent Type C fuel tanks, it states.

Operation to convert the Midnight Sun delayed by a year, to align with completion of LNG plant.