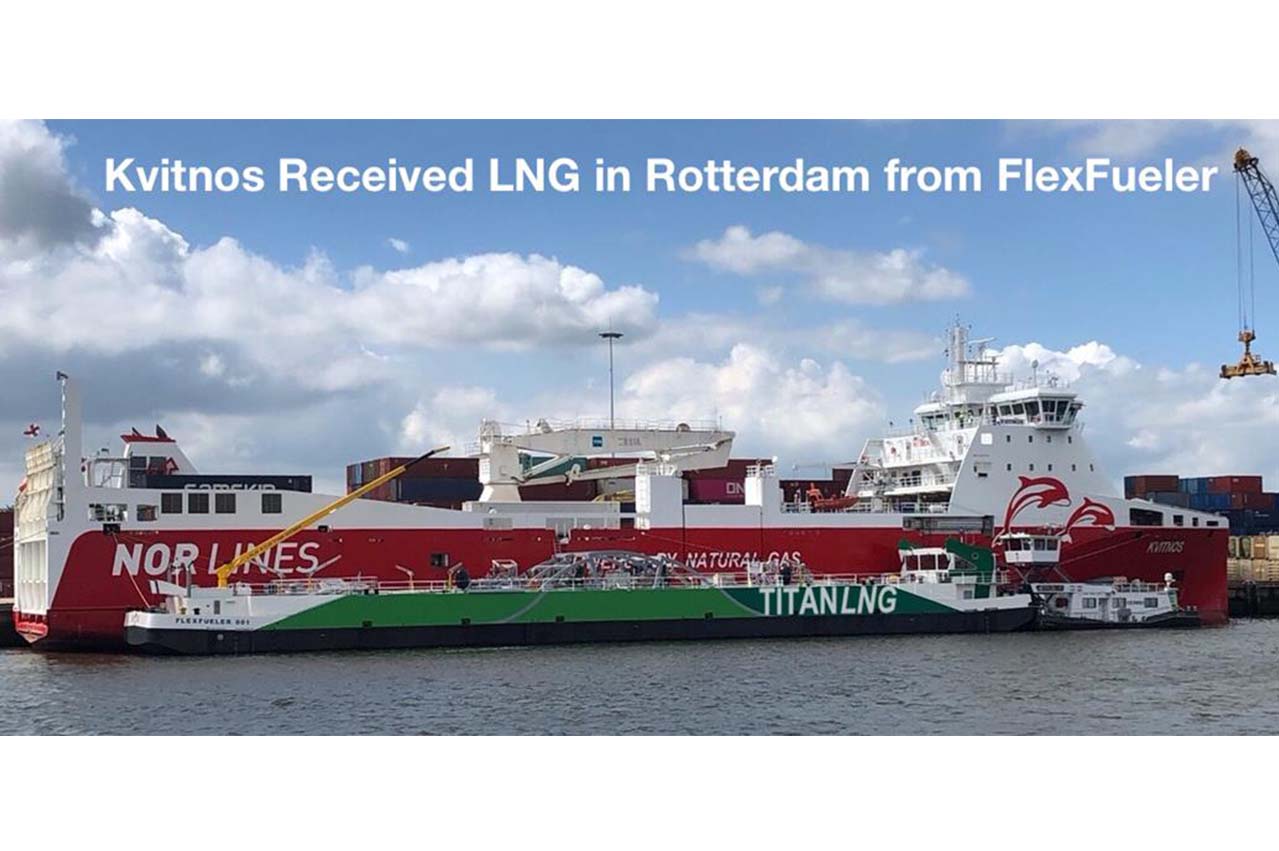 Titan LNG on Monday (17 June) announced the FlexFueler001 has performed its first official bunkering on 14 June on a vessel operated by long-term customer Norlines which received the LNG in the Port of Rotterdam.

The LNG bunker permit for Rotterdam and the overall LNG bunkering accreditation were granted last month by an experienced International Association of Ports and Harbors (IAPH) audit team.

The FlexFueler001 is part of a series of vessels. Titan LNG will deploy the FlexFueler002, currently under construction and ready by mid-2020, in the Port of Antwerp. The third barge will be announced in the coming months.

Samskip, operator of the LNG powered Norlines Vessels – the Kvitnos and the Kvitbjorn -, has a weekly service into Rotterdam and requires a high reliability of LNG supply.

“We’re excited to bunker LNG alongside the terminal. This saves us time as we are no longer dependent on truck to ship operations. Bunkering at the same time as cargo operations take place, can save us up till 8 hours”.

“We are proud the FlexFueler 001 is up and running after she successfully completed her trials,” commented Ronald van Selm, Chief Operating Officer at Titan LNG.

“We can now offer safe, reliable and efficient bunkering that resembles conventional bunkering and are ready to serve more LNG powered vessels in the ports of Amsterdam, Rotterdam and Antwerp”.

CMA CGM Palais Royal has left the shipyard in Shanghai and is a testimony of its commitment to maritime transport’s energy transition, it said.

Korean ship yard Daewoo Shipbuilding & Marine Engineering will build the six vessels and deliver them to Hapag-Lloyd between April and December 2023.