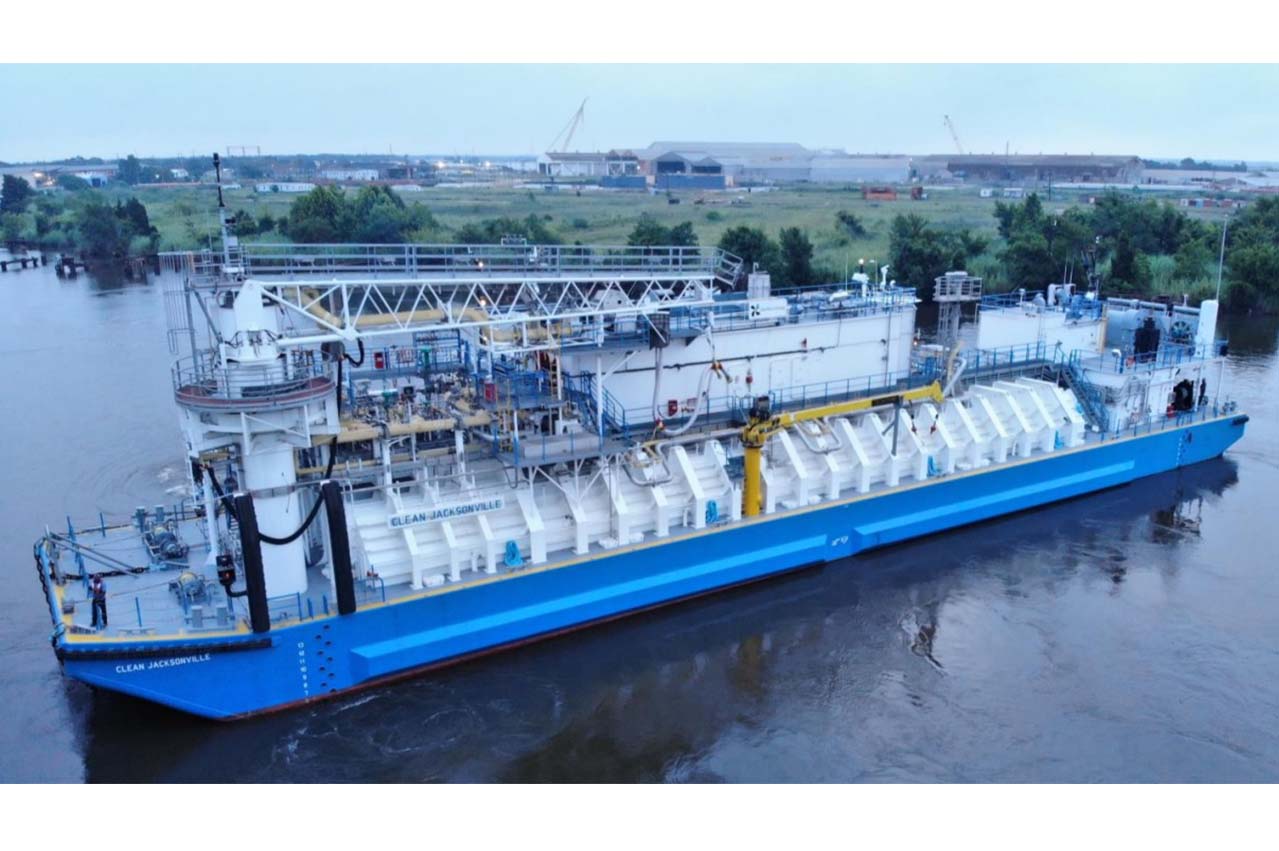 The Clean Jacksonville was constructed in Orange, TX, at Conrad Orange Shipyard, a subsidiary of Conrad Industries, with trials taking place in Port Fourchon, LA.

It will enter service for TOTE Maritime Puerto Rico in the Port of Jacksonville, FL, where the vessel will bunker two Marlin Class containerships operating on LNG fuel between Jacksonville and San Juan, Puerto Rico.

“Conrad has been at the helm of many firsts,” said Mr. Johnny Conrad, President and CEO of Conrad Industries, Inc.

Tim Nolan, President and CEO of TOTE says the company is looking forward to utilising the Clean Jacksonville for LNG bunkering operations

“Our partners, including Conrad Shipyard and GTT, have been critical in our development of North America's first LNG bunker barge,” he notes.

“The use of LNG as a maritime fuel results in tremendous environmental benefits – including air and water quality improvements – and this barge is the final critical component of our LNG program in Jacksonville.”

Mr. Philippe Berterottière, Chairman and CEO of GTT, added his company is honoured to play a key role in the successful delivery of this first US LNG bunker barge by Conrad.

“The broad collaboration between TOTE, Conrad, the myriad project stakeholders, and U.S. regulators led to the successful design, construction, and commissioning of this unique and ground-breaking project,” says Berterottière.

“Beyond our traditional role of designing the cargo containment and other cryogenic elements, such as the innovative REACH4™ bunker mast, GTT adapted and expanded its support services to ensure the effective training of the barge crew and the safe and satisfactory execution of the barge commissioning activities and gas trials.

“Adapting to meet the requirements and fill the gaps within this growing industry is essential to continue to develop LNG as the preferred and cleaner marine fuel of the future. GTT remains committed to that vision."

Shaping the framework for LNG as a marine fuel in the Eastern Mediterranean welcomed by academics.

The harbour tug is slated to commence operations at the port of Singapore around mid-2019.

MS Münsterland is the third ship in the AG “EMS” group, after MS Ostfriesland and MS Helgoland, that will run on the environmentally friendly liquid gas.

The operation marks the company’s venture into LNG bunkering which has been in development with various Malaysian government agencies since 2017.