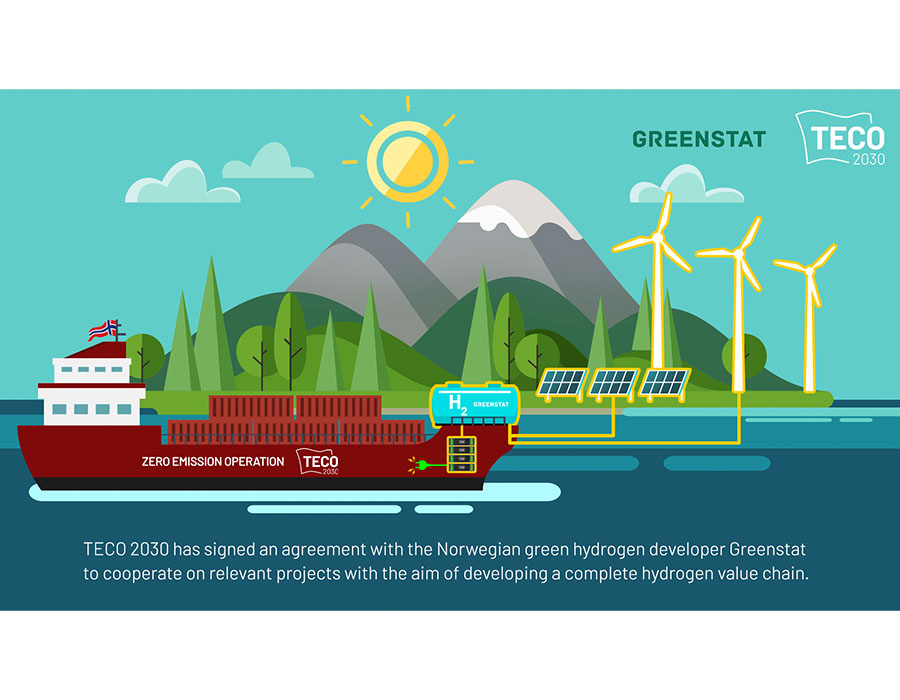 Maritime engineering and green equipment development company TECO 2030 on Monday (16 August) said it has signed a letter of intent with Norwegian energy company Greenstat to cooperate on relevant projects with the aim of developing a complete hydrogen value chain.

As part of the agreement, the two parties will discover, evaluate and participate in relevant projects.

For the projects they decide to cooperate on, Greenstat will provide green hydrogen to be used as fuel for the fuel cells developed by TECO 2030.

“With the signing of the letter of intent with Greenstat, we have reached a milestone towards building complete infrastructure hydrogen projects,” says Tore Enger, CEO of TECO 2030 ASA.

“Together with Greenstat, we are working towards our common goal of creating a zero-emission future, and we will aim to promote each other’s services towards the hydrogen community,” Enger adds.

“At Greenstat we are proud to work with an ambitious partner like TECO 2030. We strongly believe in collaboration throughout the value chain to accelerate the introduction of hydrogen as an energy carrier across different sectors,” says Vegard Frihammer, GEO/CEO of Greenstat ASA.

Hydrogen fuel cells are the engines of tomorrow and convert hydrogen into electricity while emitting nothing but water vapour and warm air, according to TECO 2030.

Green hydrogen is hydrogen produced with renewable energy such as electricity from wind turbines and solar panels.

When ships or other large applications replace their traditional combustion engines running on fossil fuels with fuel cells fuelled by green hydrogen, they can become completely emissions-free.

TECO 2030 Marine Fuel Cell is the first fuel cell system in the world that is specifically designed for use onboard ships and on other heavy-duty applications.

Fund will promote decarbonisation innovation in the maritime sector which will aim to tackle shipping emissions, according to The Chartered Institute of Logistics and Transport.