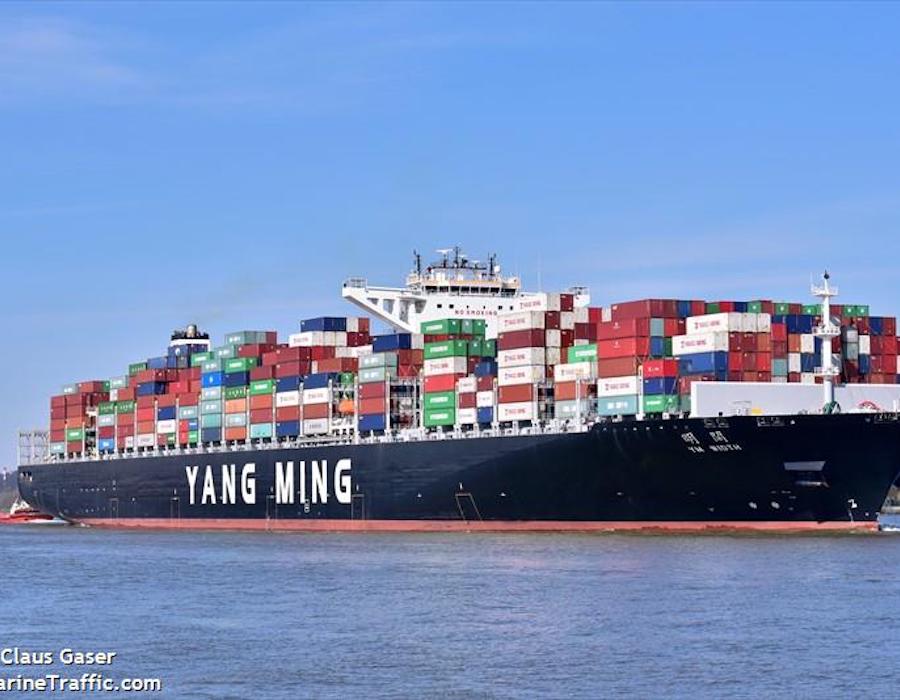 Yang Ming Marine Transport Corporation (Yang Ming) held its 372nd Board Meeting on Friday (15th April) to approve the construction of the five new 15,000 TEU vessels authorised at 368th Board Meeting on 14 January that would be equipped with dual-fuel liquefied natural gas (LNG) marine engines.

Once constructed, the firm will be the first shipping company in Taiwan that owns LNG-powered container ships.

By using clean energy, it has taken another step to address climate change and move on to low-carbon transitions.

As stricter regulations are being enforced globally to achieve zero emission, the company is factoring in the following benchmarks when determining choice of fuel types.

They include IMO’s Carbon Intensity Indicator (CII) for annual decrease in emission intensity, and the Fit for 55 package, being part of the European Commission’s Green Deal, to reduce EU’s total GHG emissions by up to 75% by 2050, and the recommendation of applying a well-to-wake approach in GHG accounting of maritime transport.

In the spirit of environmental sustainability, Yang Ming is using LNG for the new fleet on account of its relatively mature low-carbon technology.

By doing so, Yang Ming expects to reduce greenhouse gas emissions by at least 20%, as compared to using traditional fuel.

T&E: EU is right to prioritise hydrogen for transport which cannot decarbonise

‘This is the right plan at the right time. Hydrogen is the missing link in Europe’s strategy to decarbonise planes and ships where electrification is not an option,’ Executive Director.