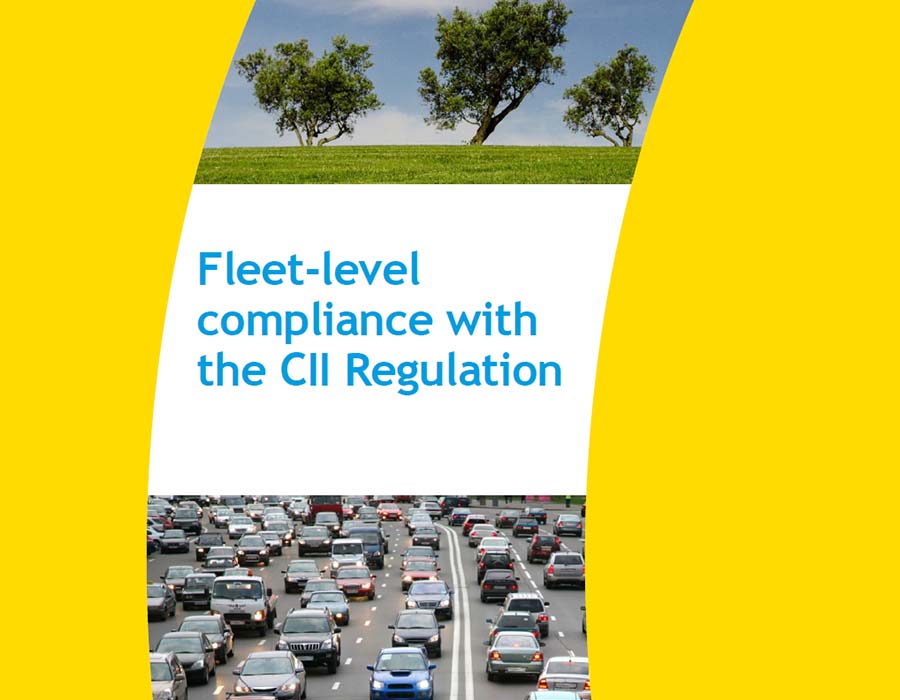 A study commissioned by Danish Shipping and prepared by consultants CE Delft have found total carbon dioxide (CO2) emissions to be lesser if efforts were focused on building new tonnage, rather than upgrade old vessels.

In summary, the analysis Fleet-level compliance with the CII Regulation shows that if the oldest ships are allowed to continue unaltered rather than be retrofitted, that would release funds to build completely new ships with very low or no CO2 emissions.

At the same time, the approach will ensure that total CO2 emissions would not be greater than if the older ships are also required to be retrofitted.

If new low- and zero-emission ships are to enter into operation and more expensive climate-neutral bunker fuels are to gain acceptance by the end of this decade, CO2 regulation should be possible on the basis of a shipping company’s fleet and not of an individual ship, it finds.

“We are clearly proponents of looking at a fleet in its totality when measuring the CO2 emissions of a shipping company. Instead of spreading efforts too thinly on all ships, you should instead focus on the newest and greenest ships, and this has been confirmed with the new study,” says Maria Skipper Schwenn, Executive Director for Security, Environment and Maritime Research at Danish Shipping.

Danish Shipping will use the analysis in the work of the UN’s maritime organisation, the IMO. Negotiations are currently underway into how ships should meet efficiency requirements.

“It is extremely important that the world fleet becomes more efficient, but if we are to achieve our goal of being carbon neutral by 2050, the new fuels must also be part of the picture. The analysis states that green fuels will not be in use in this decade unless an incentive is created. That incentive can be created by the IMO adopting a fleet-wide approach – without compromising the level of ambition,” adds Maria Skipper Schwenn.

The Danish Maritime Authority has submitted the analysis to the IMO – not as an actual proposal but as a set of ideas that can be included in the discussions as background information.

“The analysis is part of influencing the IMO member states and making them see that a fleet-based approach is the most logical, sensible and ambitious way of pushing for the green transition for ships. The fleet-based approach can be organised in such a way that you are at least as likely to achieve the set reduction targets. We therefore believe that CO2 regulation should be possible at fleet level if the shipping company or ship operator so wishes,” she says.

Note: The Analysis: Fleet-level compliance with the CII Regulation study can be downloaded here.

Conoship: ‘Great progress’ being made for CO2 capture from exhaust of LNG-fuelled ships