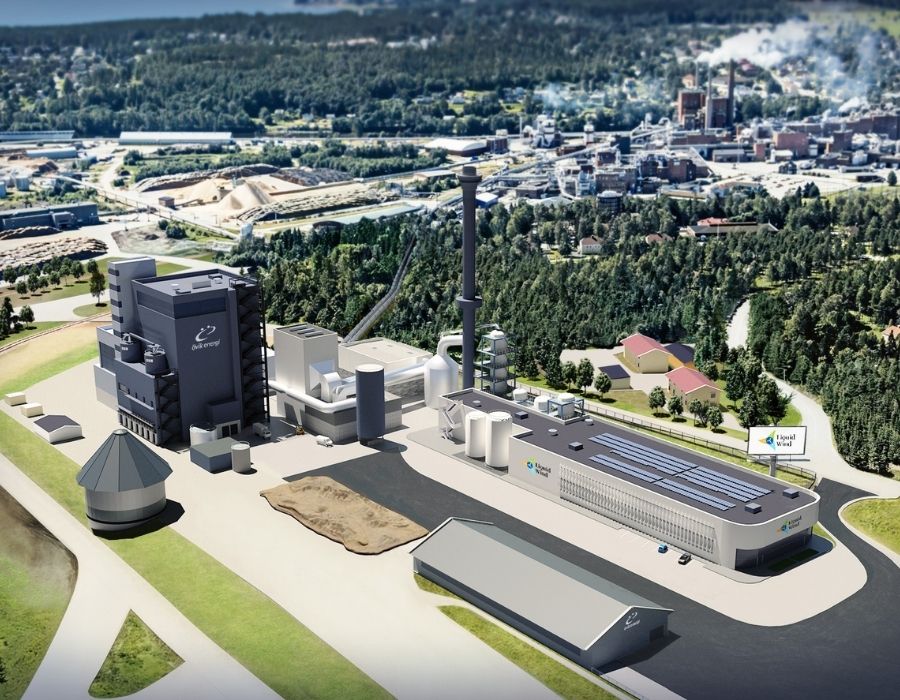 eMethanol producer Liquid Wind on Monday (11 April) said its lifecycle assessment concluded eMethanol produced from renewable energy sources can have carbon equivalence of up to 94% lower than fossil fuels.

The results are contained in a white paper* produced by Liquid Wind ahead of a webinar to be held on April 28. The white paper’s conclusion reinforces calls for maritime regulators to assess the carbon impact of marine fuels on a lifecycle basis, in the process providing the means to dramatically lower the carbon emissions from merchant shipping.

To meet the growing demand for carbon neutral fuel and the need to reduce CO2 emissions, Liquid Wind is developing FlagshipONE, a commercial-scale renewable eMethanol facility which will capture CO2 emissions from a biomass combined heat and power plant.

The well-to-gate emissions of FlagshipONE eMethanol (life-cycle emission when leaving the production facility) are relatively small, at around -1.3 kg CO2eq per kg of eMethanol produced. About -1.4 kg of CO2 is from capturing the carbon and is credited as negative emissions.

When the scope is expanded to include the ‘use phase’, well-to-wake, the emissions of transport and combustion are considered. The captured CO2 is re-emitted, which results in a net positive climate change potential of about 5 gCO2eq/MJ.

Considering life cycle emissions, fossil-based fuels emit around 85-90 gCO2eq/MJ, which results in a reduction of about 94% when replaced with wind-based eMethanol. The well-to-wake emissions of eMethanol are compared to further marine fuel alternatives based on data provided in Brynolf, (2014) of Chalmers University, Sweden.

“Together with our consortium partners, Liquid Wind is demonstrating the potential that sustainable marine fuels can make to reducing carbon emissions when carbon is considered on a lifecycle basis,” said Claes Fredriksson, CEO and founder of Liquid Wind.

“With further regulatory alignment, marine fuel buyers and end users can understand how to make their operations cleaner and greener and demonstrate that to their stakeholders.”

Liquid Wind has used Material Energy Flow Analysis (MEFA) to determine the carbon inventory of its production process. The MEFA has a modular approach, which handles the complexity of the system by carrying out an input-output analysis for each production step, which are investigated individually. All direct and indirect material or energy flows for each module are captured and include the scope 1 and 2 emissions.

Maersk: Charting the course to a climate-neutral Europe and sustainable shipping

The CEO of A.P. Moller - Maersk says it is naïve to believe the recently published European Commission “fit for 55” package “only” aims to reduce emissions.

About 7,000 litres of LSFO have been recovered from the beached ro-ro vessel Makassar Highway.