Standard Club: More sanctions are issued against Russia by the EU, UK, and US 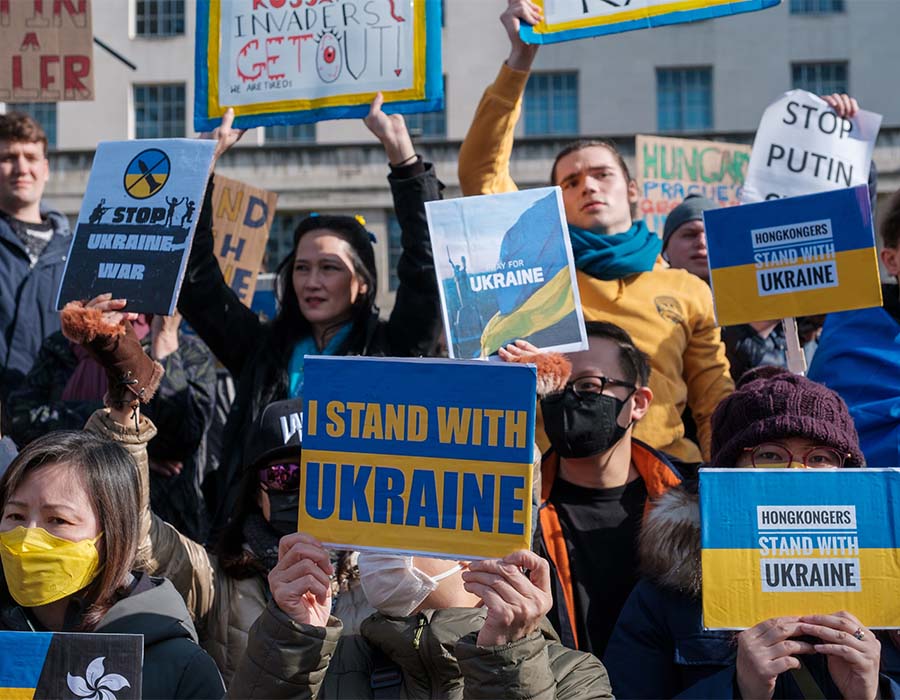 The Standard Club on Tuesday (1 March) published an update for the maritime sector regarding recent sanctions on Russia:

The economic sanctions targeting Russia continue to evolve and escalate with many being coordinated among the EU, UK, US, and their allies including sanctions against President Putin and the Central Bank of Russia. Members are encouraged to monitor developments in real time. Below is a summary of some of the recent actions.

On 25 February the EU decided to freeze the assets of President Putin and the Russian Minister of Foreign Affairs, Sergey Lavrov. In addition, the EU imposed restrictive measures on the members of the National Security Council of the Russian Federation and on the remaining members of the Russian State Parliament who supported Russia’s recognition of the two Ukrainian territories of Donetsk and Luhansk as self-proclaimed republics.

The EU Council also agreed a further package of restrictive measures to respond to the military aggression carried out by the Russian Federation against Ukraine. It expands the existing financial sanctions with the aim of cutting Russian access to EU capital markets. These sanctions target 70% of the Russian banking market and key state-owned companies.

This sanctions package came into effect on 26 February 2022 and is set out in Council Regulation (EU) 2022/328 amending Regulation (EU) No. 833/2014 concerning restrictive measures in view of Russia’s actions destabilising the situation in Ukraine.

The major trade provisions of the Regulation are set out below, which include a prohibition on the sale, supply, transfer or export of:

These prohibitions apply irrespective of whether the goods or technology originate in the EU or not.

The Regulation sets out specific grounds on which the exporters can apply to the competent authority of the EU member state for a partial or temporary exemption from the prohibitions in respect of contracts executed into prior to 26 February 2022. These grounds include humanitarian, medical applications, maritime safety software updates and personal use (generally covering personal effects and tools of trade not intended for sale).

Restrictions have been imposed on financial transactions between the EU and Russia in an effort to impede access by certain Russian entities to capital markets and the Russian Government’s ability to finance its military operations.  These build upon existing restrictions that have been in place since 2014.

It also prohibits the acceptance of any deposits from Russian nationals or entities established in Russia, if the total value of deposits exceeds €100,000 (this is not applicable to EU nationals).Further details can be found here.

The EU has suspended its visa facilitation process allowing for privileged access to the EU for Russian diplomats, other officials and businesspeople (see Council Decision (EU) 2022/333 available by clicking here.)

On 25 February 2022, the UK designated Russia’s President Putin and Minister of Foreign Affairs Sergey Lavrov to the sanctions list. Their UK-based assets were frozen immediately, and UK companies will be barred from providing goods, services, or assets to them.

Like the EU, the US announced significant new controls on the export, reexport, or transfer (in-country) to Russia of items subject to the US Export Administration Regulations (EAR). According to US authorities, the revised controls are intended to primarily target the Russian defence, aerospace, and maritime sectors. The controls took effect on 24 February 2022. These rules are complex and require careful review for any transaction involving items subject to the revised EAR rules. Further details can be found at the US Department of Commerce website here.

The US also designated President Putin and Minister Lavrov to the SDN list. The designations were made pursuant to EO 14024 and announced on 25 February 2022. Their US-based assets are thus blocked, and US persons are prohibited from engaging in any transaction involving them. Non-US persons also face a risk of sanctions if they provide ‘material assistance’ to or on behalf of the blocked individuals as set forth in EO 14024.

Further developments – as at 28 February

The club continues to closely monitor the situation and will update members about further developments. If you have any queries, please contact your usual club contact.