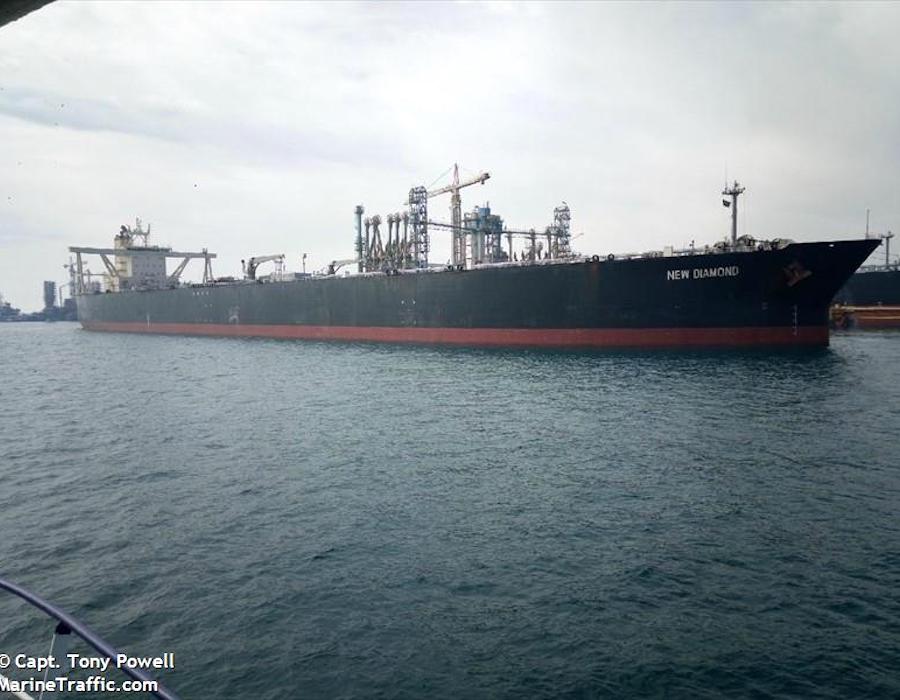 Dappula De Livera, the Attorney General of Sri Lanka had on Friday, (9 April) submitted a Marine Pollution claim of USD 17.38 million to the Greek owners of MT New Diamond, a tanker that had caught fire after an engine explosion and left a 40km oil spill off the Sri Lankan coast, reports Channel News Asia (CNA).

On 3 September 2020, the tanker transported 270,000 metric tons of crude oil from the port of Meena Al Ahmadi in Kuwait to the Port of Paradip in India when a fire broke out aboard while sailing on the eastern seas of Sri Lanka at around 0800 hrs.

The crude being carried as cargo was unaffected by the blaze, but an estimated 400 to 480 tonnes of the tanker’s bunker fuel leaked into the Indian Ocean.

The vessel’s skipper was fined USD 65,000 in October for causing the spill and failing to inform local officials of the environmental damage left behind, and authorities are now seeking compensation from Greek firm Porto Emporios Shipping Inc for damages.

Firefighters led by India’s coastguard along with Indian and Sri Lankan navies put out the blaze, and the vessel was then towed to the United Arab Emirates. Porto Emporios had paid Sri Lanka USD 2.38 million for extinguishing the fire.

The blaze started after an engine room boiler exploded, killing one crew member while the remaining 22 crew members, including the skipper, were rescued.