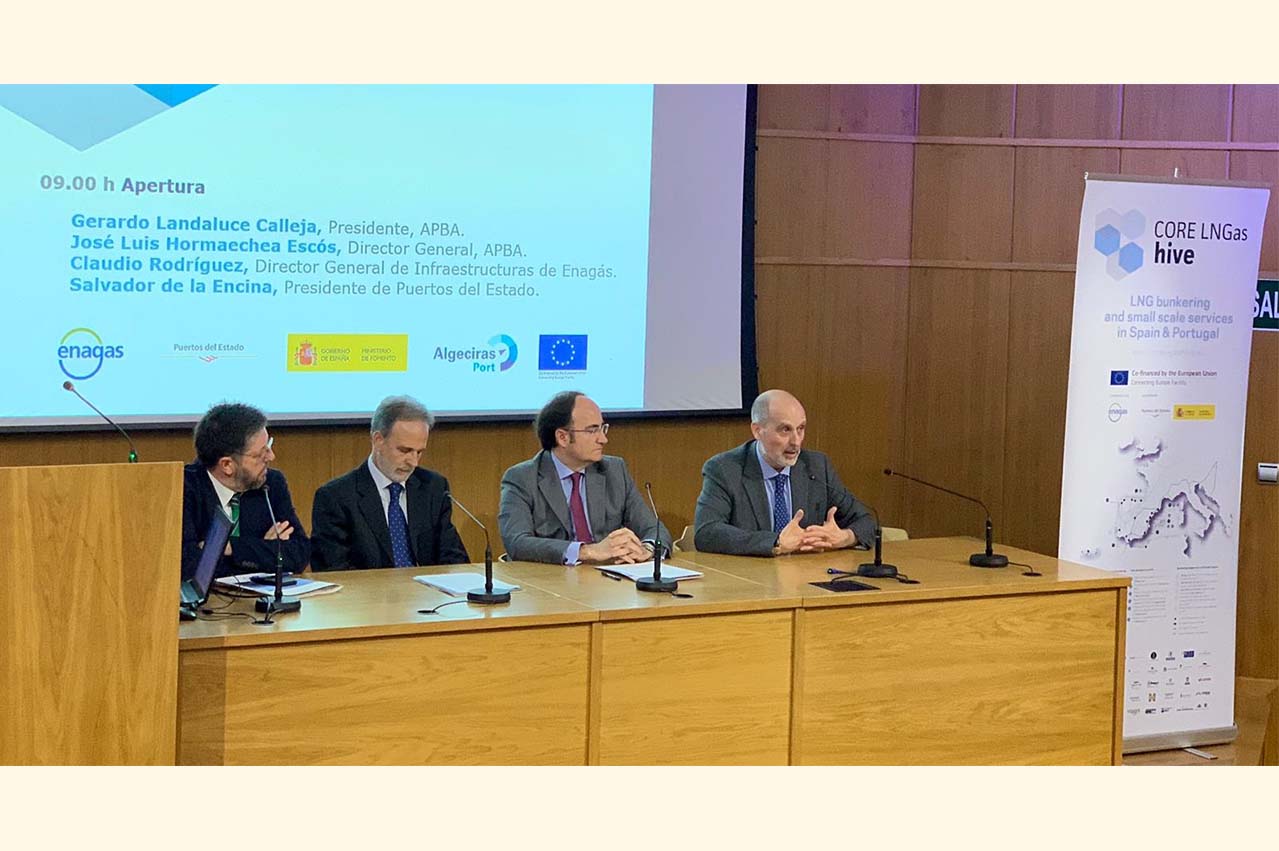 A CORE LNGas hive conference for the promotion of liquefied natural gas (LNG) as fuel for vessels took place in Spain during late April, according to Enagas.

The speakers noted main progress being made for the adaptation and construction of infrastructure and the application of LNG to multimodal transport to enable small-scale and bunkering (ship refuelling) services with LNG to be provided in the Iberian Peninsula.

In the conference, the President of the Spanish Ports Authority pointed out Spain and the ports of Spain were “leaders in LNG technology and handling”.

He also asserted that “Spain already has the basic infrastructure in place, with six plants in operation at ports, accounting for 40% of the whole of Europe’s storage capacity and 5.35% of the world’s.”

The President of the APBA, meanwhile, explained “Algeciras, through the efforts currently being made, aims to consolidate its position in the future as a leader in the use of liquefied natural gas in the maritime sector.”

“Algeciras produced the first supply of LNG as a maritime fuel in the country in 2012, and that it currently supplies LNG by means of tanker trucks. Ships using LNG as their fuel also benefit from the greatest reduction in fees permitted by law.”

The General Manager of Enagás gas says “the hive project will allow Spain to lead Europe through the process of energy transition in the maritime sector, a leadership based on the 50-year history of LNG in our country and exceedingly ratified by the development of innovative, competitive and sustainable logistics that will be able to fulfil European directives regarding availability of capacity to serve demand from the sector five years ahead of schedule.”

On behalf of the European Commission, José Fernandez-García, Policy Officer for Ports and Inland Waterways, informed attendees of how Spanish ports could take advantage of the Connecting Europe Facility (CEF) to obtain finance for preparing vessels for LNG bunkering.

The Werkendam was launched in Rotterdam on Thursday is scheduled to start operations in April.

Operation to deliver LNG via the Q-LNG 4000 bunker barge coordinated by AET and Shell NA LNG while “Pacific Ruby” was on its way from Houston to Rotterdam.