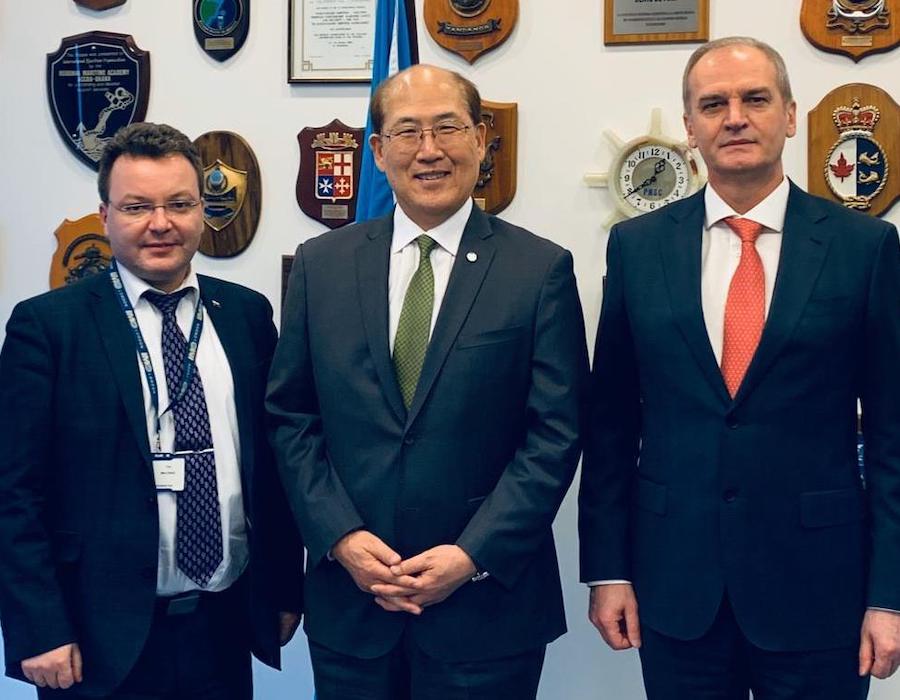 Russian energy shipping company Sovcomflot (SCF Group) on Tuesday (4 February) announced its plan on expanding the use of liquefied natural gas (LNG) as primary fuel for all of its vessels.

Igor Tonkovidov, President and CEO of PAO Sovcomflot, on Thursday (30 January) held a working meeting with Kitack Lim, Secretary-General of the International Maritime Organization (IMO) at the IMO headquarters in London, UK.

During the meeting, Igor Tonkovidov informed Kitack Lim about the Group’s plans to reduce the impact of shipping on the environment.

He paid particular attention to expanding the use of LNG, stating the product as the cleanest marine fuel and technology currently available on the market.

According to the Group’s statement, Kitack Lim gave a positive assessment of Sovcomflot’s efforts to introduce LNG as primary fuel for large-capacity oil tankers, and the company’s plans to further reduce vessel emissions in accordance with the IMO regulations.

“The company expects all vessels it orders to be using LNG as a fuel, except where a charterer specifically asks to do otherwise,” emphasised Igor Tonkovidov.

Meanwhile, the Group is also exploring the possibility of introducing other alternative fuels and technologies that can reduce environmental impacts.

The first of six 15,000-TEU vessels will be delivered in October 2021 and will be deployed on its Pearl River Express line, which sails from China to Los Angeles.

‘It’s clear the industry needs LNG as a transitional fuel to get us to 2030,’ says Christopher J. Wiernicki, ABS Chairman, President and CEO.

The Partial Re-Liquefaction System is a core technology used by LNG-powered vessels for transportation.