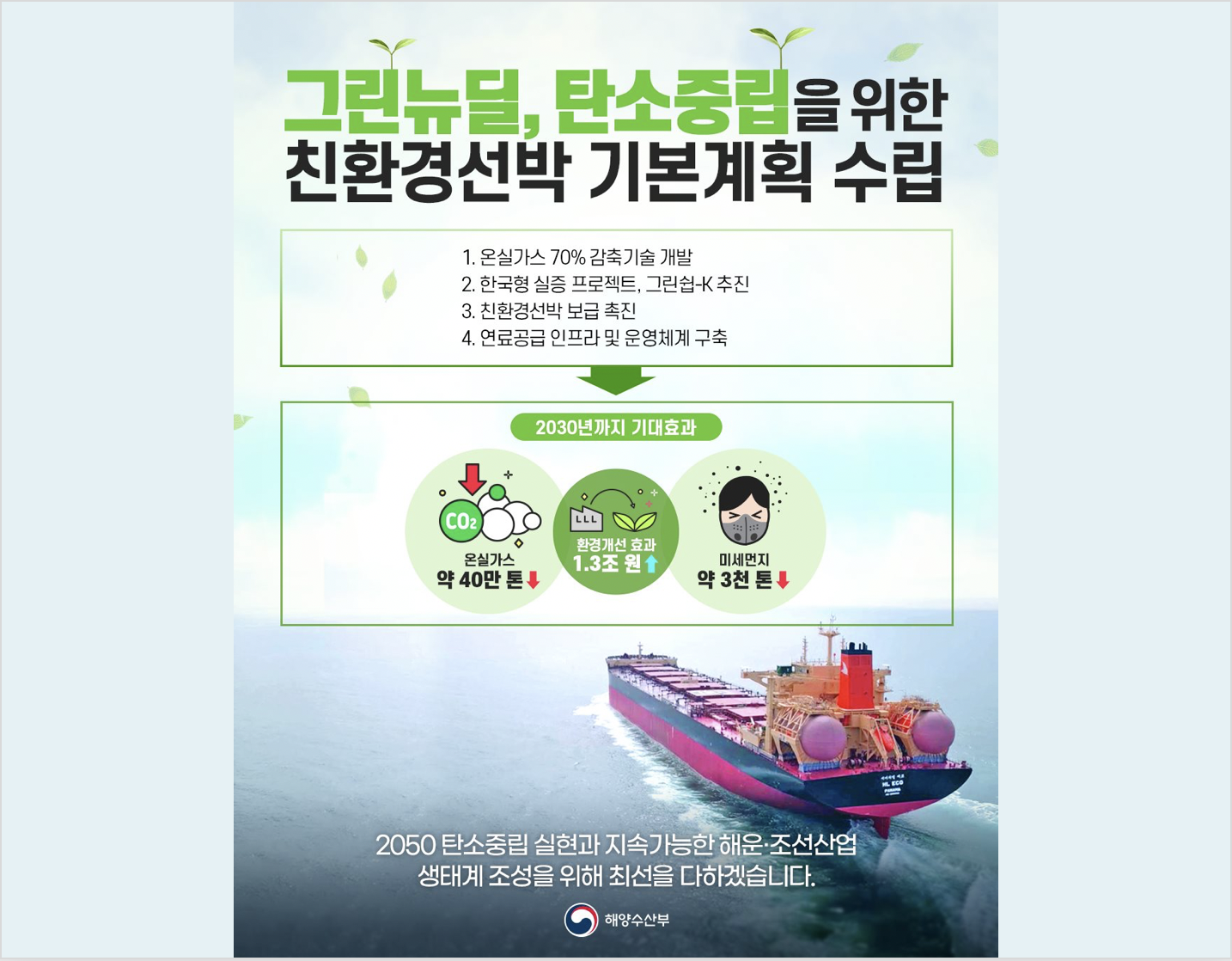 The initiative is in response to upcoming environmental regulations set by the IMO, the EU Emissions Trading System (ETS), and the general paradigm shift in the global maritime industry towards more environmentally friendly ships.

The “2030 Green Ship-K Initiative” is part of the Korean government implemented Act on Promotion of the Development and Distribution of Eco-friendly Ships which is set every 10 years but reviewed every 5 years.

The initiative aims to align policies with the Green New Deal and  establish a brand image for Korean ships as eco-friendly.

The main components of the “2030 Green Ship-K Initiative” are as follows:

Promote the retrofit of existing ships to become eco-friendly, achievinga conversion rate of 15%

Before 2030, the reduction in emissions is not expected to be significant as much preparations will be needed, but it is expected that the effects of the technological developments will impact the industry in a meaningful way from 2030 onwards, said the Ministry.

“The transition to eco-friendly ships is an inevitable obligation under international norms, and as a new challenge in the shipping and shipbuilding sectors, it will serve as an opportunity to advance the industrial ecosystem to the next level,” said the South Korean Government.

“With a smooth implementation of this initiative, we will actively support the shipping, shipbuilding, and maritime equipment industries to achieve carbon neutrality in 2050 and create a sustainable ecosystem while developing into a new growth engine that leads to a new era.”

‘Container ship operators need to “fess-up” by taking responsibility and greater control of their costs.’

Report calls to attention to five key actions first movers can take to make tangible progress towards zero-emission pilots over the next three to four years.