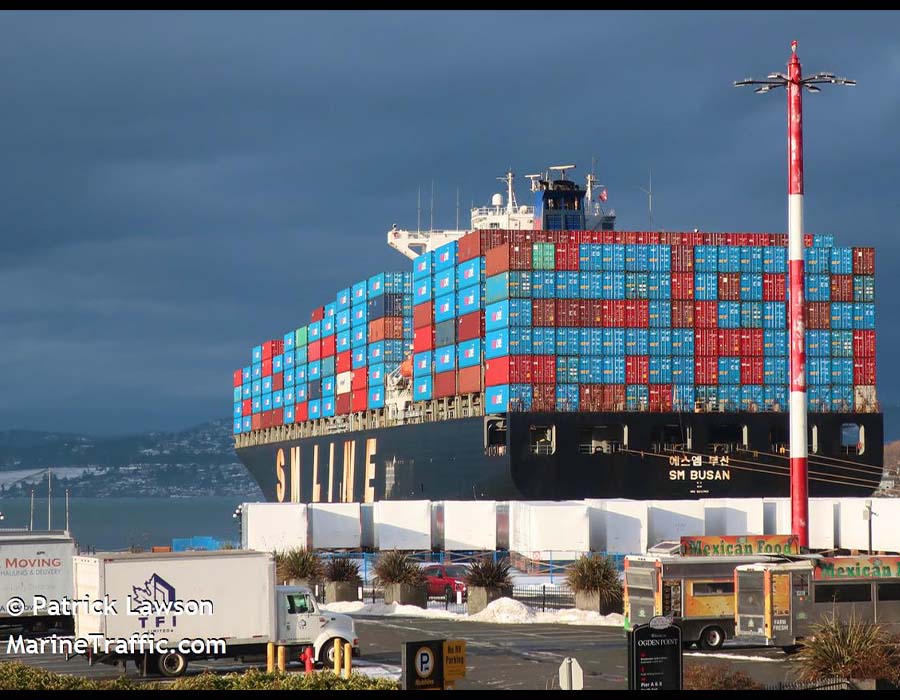 The South Korea-flagged 6,622 TEU containership SM Busan has reportedly rerouted to Ogden Point, a deep-water port facility located at Victoria in Canada, on Saturday (1 January) due to an engine problem caused by off-spec bunkers.

“The M/V SM Busan container ship has arrived at the Victoria Cruise Terminal to conduct emergency repairs after departing Portland for Korea before Christmas,” said the Greater Victoria Harbour Authority in a social media update.

“She will be in port for the next several weeks,”

The vessel earlier left Portland, Oregon on 18 December and was on its way back to South Korea when it encountered propulsion issues on 24 December, leading to it being adrift for two days in the Pacific Ocean.

A debunkering operation is expected to be carried out on SM Busan on Monday (3 January), according to the ship’s agent in an interview with local media Chek.

He noted repairs will be required for the vessel’s engine and several days will be spent on cleaning the ship’s fuel tanks.

Discount of delivered very-low sulphur fuel oil (VLSFO) in Fujairah relative to Singapore is narrowing again, after widening to an average of $20/t last week.